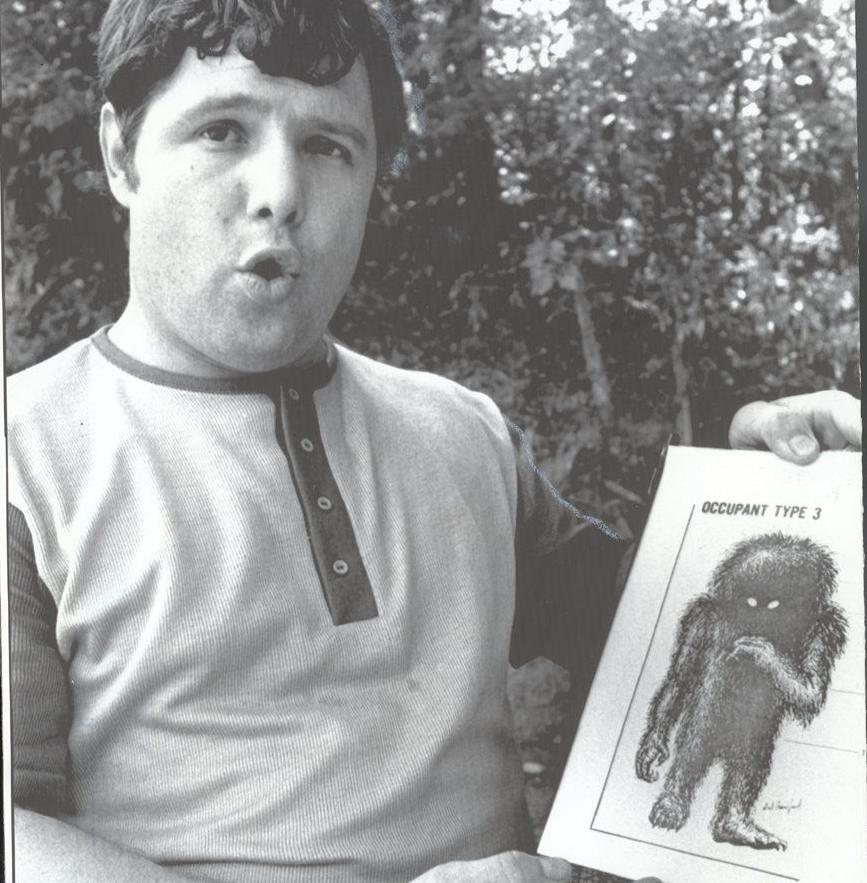 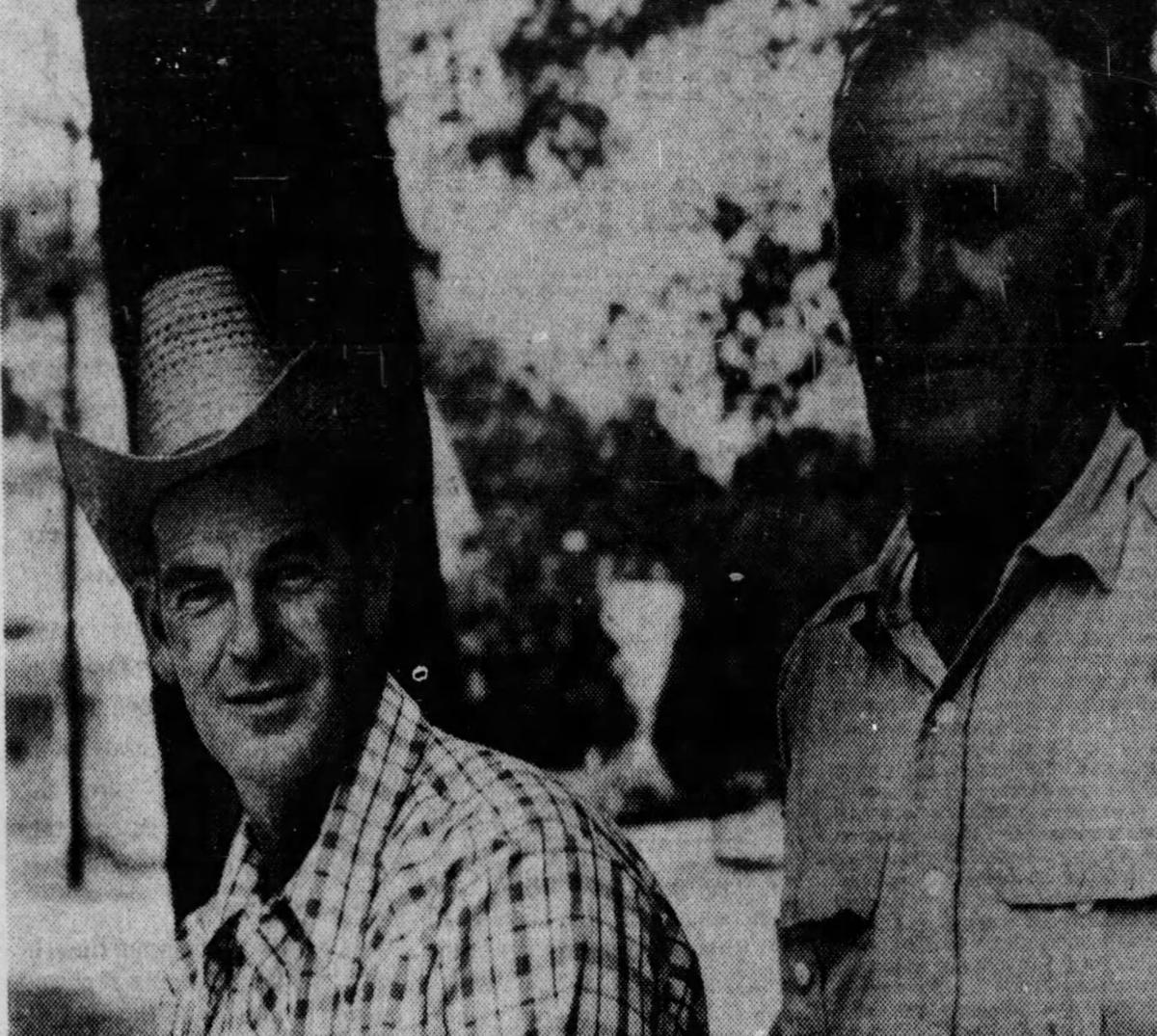 By ED WILKS Of the Post-Dispatch Staff

This summer reports of black bears in Missouri have made news from Eminence to Ballwin. In the summer of 1972, a different creature was on our minds. Mo Mo the Monster was making front-page news as he terrorized the good folks of Louisiana, Mo. Here is our original reporting from the July 20 issue of the Post-Dispatch.

LOUISIANA, MO. - The monster hunt on Marzolf Hill is just a monstrous joke, according to the nonbelievers.

But nobody is going to get Edgar Harrison to believe that, or his wife, Betty, or his daughter Doris or his son Terry Keith. Or Vivian Houchins, either.

Mrs. Betty Harrison, Houchins's sister-in-law, and her seven children have moved in with Houchins and his wife. Mrs. Harrison says she will "never go back up there" to the Harrison house on Allen Street at the foot of Marzolf Hill.

Houchins, 56 years old, was a service station attendant until he suffered a minor stroke. He lives on Georgia Street in town. He has't seen the monster, but he has heard it and smelled it, too.

"The odor is worse than any old goat that you ever smelled." Houchins said. "Its growl is like a bear's, but a bear doesn't run on two feet."

Doris, 15, and Terry Keith, 8, saw the thing in their back yard, which leads into the woods on the hill.

Doris saw the thing a week ago last Tuesday afternoon. She was home watching the other Harrison children while her father was at work at the Department of Public Works and her mother was at the cafe the Harrisons had been running on Main Street. (The cafe is closed now. "Too much trouble, with all the kids," Mrs. Harrison explained.)

"Terry and Wally Paul, he's 5 years old, were out in the back with Chubby, the dog," Doris said, "when I heard Terry start screaming. I looked out the bathroom window and saw it. I started crying and ran into the other room to call Mom on the telephone, and then she and Dad came on home."

"You left out a part," she said. "You forgot to tell how Terry Keith's face was so white when he got into the house you couldn't see a freckle."

Terry Keith is red-haired with a considerable number of freckles. Whatever Terry Keith saw, his brother Wally Paul didn't.

Ever since that Tuesday night of last week, Shelby Ward, the police chief, has had a bad time.

Many a night he has been called out of bed to go up on the hill to investigate "things people hear."

Yesterday morning Ward got about two dozen men together and "made three passes up that hill. We didn't find a thing. I hope that ends it."

However, the search party wasn't back sitting in the shade on Clyde Estes's front stoop, across from City Hall more than 20 minutes when a new report came in.

"Up at the restaurant, they're saying we didn't find any trace of the thing because it's got a big tail that , swept away its footprints," said Nelson Clark with a laugh.

Clark, a member of the fire department, had been on the hunt. When Doris Harrison said that the thing was only six or seven feet tall, she was contradicting other reports, which said the monster had grown to between seven and 12 feet tall.

This Mississippi River town in Pike County, with about 5,000 persons, is generally conservative,' said George Minor. "Aren't all small towns conservative?" he asked.

But Glenn Walker, who drives a taxicab and thinks "the whole story is a lot of malarky."

He said, "You can put out one word right here and by the time it gets around the block, you've got a dictionary."

There are stories that the monster picked up a sports car and hauled it into a ditch. And some persons say the thing has three toes on each foot and has green eyes or red eyes.

Someone is supposed to have seen it crossing Highway 79 with a sheep or a dog or something in its mouth. Ward's worry is that "people are going to go up the hill with guns looking for this thing and somebody's going to get shot.

"We've been up there and we're convinced there's nothing there now. We've got the hill barricaded off, but you know some kids will get up there at night. More than likely, that's how it all started anyway some kids making noises."

Vic Meyer, too, was worried about guns on the hill. He raises Australian sheep dogs and quarter horses down Highway 79 at Clarksville. He came up for the hunt because he is a member of the Pike County Rescue Squad.

"There were maybe a hundred people at City Hall when we got together for the hunt," Meyer said, "and most of them had guns. I was glad when Shelby held it to law enforcement officers and members of the rescue squad. I wouldn't have gone up there if he hadn't."

Harrison, who has worked for the city for 21 of his 41 years, says he and maybe 50 other persons had heard the monster. Harrison is a deacon in the Pentecostal Church.

Last Friday, he said, "we were having our regular church meeting at my house when we all heard it. "It was kinda like a loud -growling noise.We heard it three times. Then it seemed like it was hurt or something. It gave out a large yelp."

Remembering the rides and attractions of yore at Six Flags

Whether it's MoMo the Monster or Injun Joe's Cave, some of those attractions are gone - but not forgotten by amusement park fans.

Mrs. Harrison said, "It sounded like a gorilla. That's what it is - a 'Big Foot.' I heard they've got one in California and up in Canada."

Harrison has put out bait for the monster. He hung some fish from a tree and hung some ham skin on a limb. The bait hasn't been touched. In addition, Harrison has tied his dog "up there on the hill behind the house at night, while I sit out there waiting. There's something up there, we Just haven't found it yet."

Some persons think the Harrison children saw a honey bear, forced down toward town in search of water in Town Branch Creek, which runs close to the Harrison house. The weather has been hot and dry. Others say that the Harrisons heard "probably was some kids foolin' around with a tape recorder."

The search served at least one purpose in an election year: Four candidates for county sheriff were out showing their devotion to duty.

But even that ended in failure for Jack Floyd, the police chief at nearby Bowling Green who is one of the Democrats running for sheriff in the primary next month.

"I thought I'd get rid of some of the competition," said Floyd. "But all I saw to shoot was a Republican."

Creature feature: Missouri and Illinois beasts and why we love their stories

Momo the Monster, the Ozark Howler and the Nixa Hellhound are just a few cryptids locals love to fear.