A Look Back • The day they closed Tony Faust's, the most famous restaurant in St. Louis
0 comments
Share this
Subscribe for $3 for 3 months

ST. LOUIS • Louie, the headwaiter, gathered his staff and counted to three: "Eins, zwei, drei." They serenaded diners with "Die Lorelei," a mournful German ballad of a boatman dashed upon rocks.

It matched their melancholy on June 30, 1916 — last call at Tony Faust's Oyster House and Restaurant, Broadway and Elm Street. For more than four decades, Faust's was the city's premier place to eat and be seen.

The dedicated clientele included the wealthy and powerful, touring notables, actors, baseball players, boxers and dandies of all sorts. Faust's popularity had no serious competition, not even from the restaurant in the swank Southern Hotel next door. Adolphus Busch washed down his daily lunch at Faust's with fine wine, never beer. In 1897, Busch's daughter, Anna, married Faust's son, Edward.

In 1913, Frank "Ping" Bodie, outfielder for the Chicago White Sox, drank a stein of Faust's lager (brewed by Busch), a decision that lost him $600. His manager had promised the bonus if Bodie stayed sober but caught him drinking there. "It was worth it," Bodie told the boss. "Let's have another."

Anthony Edward Faust, born in Germany in 1836, arrived here at age 17 as a plasterer. He opened a small tavern on Russell Boulevard in 1862 and, nine years later, moved to the northeast corner of Broadway and Elm (now site of the Stadium East Garage).

An unusual menu specialty was quail on sauerkraut. Faust entertained with his live-crab test for personal checks. If a crab's claw grabbed the check, he'd accept it.

In 1877, a fire gutted the Southern and Faust's. He rebuilt with a rooftop garden, later enclosed. In 1888, his restaurant became the first local establishment with electric lights. Faust and his wife, Elizabeth, lived in an adjoining apartment.

He retired to Germany in 1902 and gave the operation to another son, Anthony R. Faust, who married Adine Louise Bouvier, an actress at the Olympic Theater across Broadway.

Still prestigious, Faust's declined as the city's entertainment action moved west. In 1911, Adine Faust petitioned to commit her husband for mental illness, and a jury obliged in three minutes' deliberation.

New management tried to continue, but creditors had their way. At auction, Faust's $5 champagne quarts went for $1.

The elder Faust died in Germany in 1908. Anthony R. Faust died in a sanitarium here six years later. They and their wives are buried in Bellefontaine Cemetery. The restaurant building was demolished in 1933.

Remembering Kopperman's deli, and a look back at 36 St. Louis restaurants from days gone by

The Central West End deli was an institution for 34 years, but in July 2016 it closed down after an owner's medical problems. We look back at …

The Indianapolis woman was on the "Rail Blazer," which had been open for less than a month, when she fell to her death. 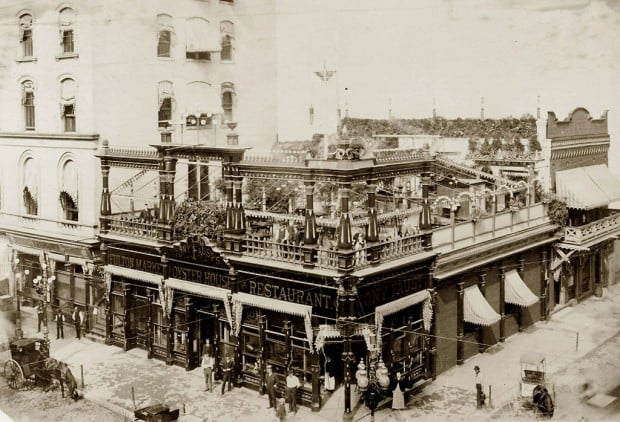 Tony Faust's Oyster House and Restaurant, southwest corner of Broadway and Elm Street, some time after he rebuilt following a fire in 1877 that began in the Southern Hotel next door and destroyed both buildings. The fire killed 21 hotel guests and employees. It also produced two heroes of the St. Louis Fire Department -- Phelim O'Toole and Michael J. Hester, who scaled ladders to reach people trapped on the top floors of the Southern. This photo shows Faust's and the Southern next door after both were rebuilt. Faust later enclosed the rooftop garden. Adolphus Busch, a close friend of Faust, had lunch every day at Faust's and washed it down with fine wine, never beer. Busch's daughter Anna married Faust's son Edward in a lavish wedding in 1897. Edward and Anna Faust lived at 1 Portland Place. (Missouri History Museum) 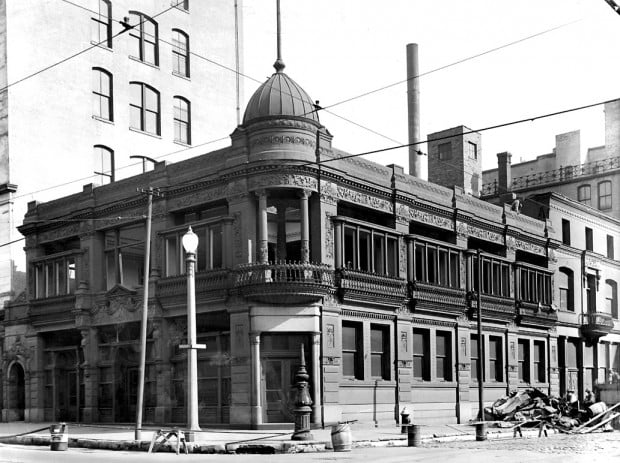 The building of the former Faust's restaurant on Nov. 1, 1933, shortly before it was demolished. Behind it is the Southern Hotel, also closed and slated for demolition that year. (Post-Dispatch) 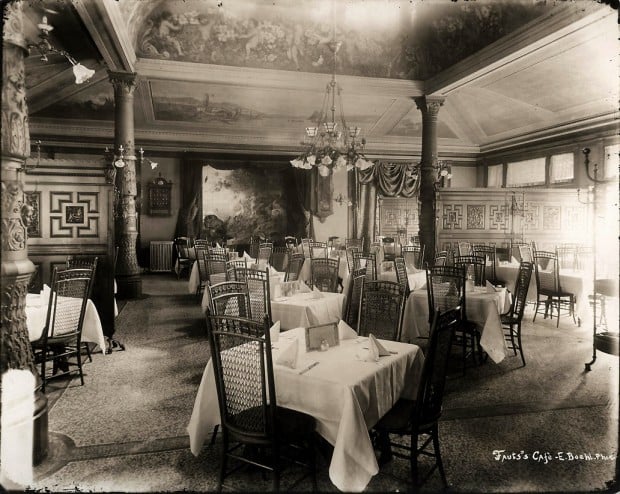 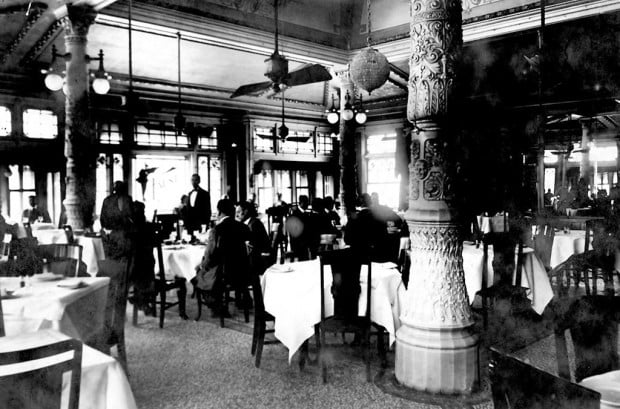 Another view of the restaurant in 1915, (Post-Dispatch)