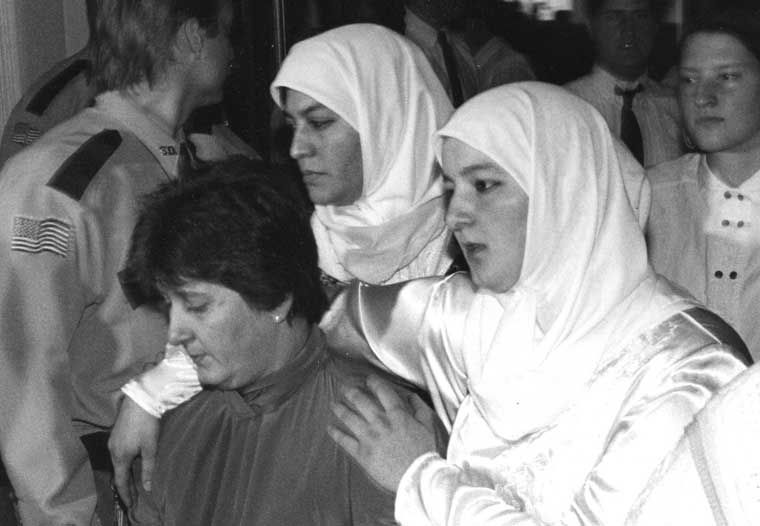 One of the surviving daughters of Zein and Maria Isa, Soraja Salem Isa (right) leaves the courtroom with other family members after her parents are found guilty of the Nov. 6, 1989, "honor" killing of her sister, Tina Isa. 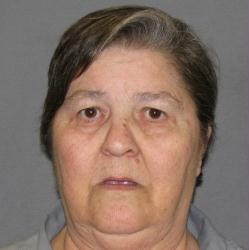 By Bill Bryan of the Post-Dispatch

Palestina "Tina" Isa was an honor student at Roosevelt High School when she was stabbed to death on Nov. 6, 1989. Zein Isa told police his daughter came at him. However, the FBI had bugged the apartment and the killing was caught on tape. Authorities said Zein Isa wanted Palestina dead because she had become too Americanized, resisting the family's Islamic ways. Zein Isa and his wife, Maria, both were convicted in their daughter's murder and sentenced to death. Zein Isa died in prison awaiting execution; Maria Isa was resentenced to life in prison, where she died in 2014. This was the first Post-Dispatch story about the case.

Zein Hassan Isa explained Monday morning how some 12 hours earlier he took a knife away from his teen-age daughter and then plunged it into her chest.

''She came at me with the knife. If she not dead, I dead,'' said Isa, originally from the Middle East, who moved to the United States about five years ago. His daughter, Palestina ''Tina'' Isa, 16, an honor student at Roosevelt High School, was fatally stabbed about 12:30 a.m. Monday in her home at 3759 Delor Street in the Delor Park Apartments. The apartments are just west of South Grand Boulevard in the Dutchtown South neighborhood.

Asked if he had killed his daughter in self defense, Isa, 58, showed a superficial cut on the palm of his left hand.

Isa gripped his wrist with one of his hands, showing how he had wrested a steak knife out of his daughter's hand. As he spoke, Isa stood a foot away from a towel spread on the living room floor of the modestly furnished apartment. The towel covered his daughter's blood.

Isa motioned with a thrusting action toward his chest, indicating how he had stabbed her.

When asked how many times he had stabbed her, Isa said, ''Two times, maybe three.'' He then indicated that he had taken a second knife away from her and stabbed her two more times.

Police said the girl had been stabbed a total of eight times in the chest and abdomen. Isa said the fight had been triggered by his daughter's demand that he give her $5,000.

The only witness to the killing was Maria Isa - the victim's mother and the suspect's wife. She called police after the killing.

Maria Isa supported her husband in her account of the stabbing, homicide detectives said.

Isa was arrested and booked on suspicion of murder but was released later Monday when a warrant was taken under advisement by the circuit attorney's office.

Assistant Circuit Attorney Robert Craddick explained why he did not authorize a warrant: ''The case needs more investigation. The suspect says she (Tina Isa) pulled a knife out first. We need to talk to the wife who was unavailable when a detective applied for the warrant. We need medical records and other things.

''We'll be examining this case closely, and it will be presented to the grand jury.''

Several people who knew the victim described her as a pleasant, intelligent, caring teen-ager.

''We're in shock here,'' said R. William Purdy, the principal of Roosevelt High. ''She was really a super kid. The students and the faculty really liked her a great deal. . . .

Although Tina was not quite 17, she was a senior. She was an A student taking courses in physics, analytical geometry, trigonometry, English literature and fourth-year French.

''She also was taking up band and was on the soccer team and was a mainstay on the tennis team,'' Purdy said.

Tina also helped her father and mother operate the family business - the Alliance Market, a neighborhood grocery at Shaw Boulevard and Klemm Street. The market was closed Monday.

Audrey Luffy, the manager of the Delor Park Apartments, said the Isas had lived in their apartment about five years.

Luffy said of the victim, ''She was a very nice girl.

''She has some relatives who live here, too, and was the only one who could speak good English. She often took her nieces and nephews to the swimming pool and did a fine job in watching them.

''She wasn't your typical teen-ager, if you know what I mean. She wasn't wild, or snippy or into drugs or cigarette-smoking.

''She was a very conventional, young, sweet girl. I can't picture her being a problem.''

''It gets loud down there on the weekends, but otherwise they seem like peaceful people,'' Martin said.

Isa said Tina was the youngest of his seven children - six daughters and a son, who he said was a physician in Jerusalem. Isa described himself as a Palestinian and a U.S. citizen.

He said he spent 13 years in Puerto Rico before coming to St. Louis about five years ago. His wife is from Brazil and speaks little English.

Oct. 29, 1964: Korvettes stores open with great fanfare. They were supposed to change the way we shop

Long before there was Costco or Sam's Club, there was E.J. Korvette. But two decades after the stores' grand openings, they were gone.

One of the surviving daughters of Zein and Maria Isa, Soraja Salem Isa (right) leaves the courtroom with other family members after her parents are found guilty of the Nov. 6, 1989, "honor" killing of her sister, Tina Isa.