For the first time this election cycle, there will only be two viable Democratic candidates on the ballot in a string of Tuesday primaries that carry major implications for the remainder of the race.

Joe Biden and Bernie Sanders, the last two White House hopefuls with a realistic shot at claiming the nomination, will face off in Michigan, Mississippi, Missouri, Washington, Idaho and North Dakota — the primary season’s second largest round of consecutive voting.

Michigan is the biggest prize of the night, with 125 pledged delegates up for grabs.

The Great Lake State, which will be a crucial battleground in the general election matchup against President Donald Trump, has emerged as a political barometer, and the two Democratic front-runners have made no bones about the importance of its primary.

But Michigan is mostly Sanders’ race to lose.

The left-wing Vermont senator, who won Michigan’s 2016 primary, suggested as much while speaking with reporters in Detroit over the weekend.

“Every state is terribly important, and I think coming Tuesday, maybe Michigan is the most important state,” he said.

A poll from the Detroit Free Press released Monday may be cause for concern for Sanders, as it put Biden in the lead in the state by a 24-point margin.

The second-biggest prize Tuesday is Washington, which offers up 89 delegates.

The rapidly spreading coronavirus has hit Washington harder than any other state in the country.

Local officials are anxious that the outbreak could result in low turnout — a prospect that would likely hurt Sanders, who expressed disappointment last week that young people did not cast as many ballots as he had hoped on Super Tuesday.

In Illinois, officials are expecting a spike in early voting ahead of their March 17 primary over fears of the virus, which has killed at least 22 people in the U.S. and infected more than 500.

Sanders, who regularly attracts large rally crowds, said over the weekend that his campaign is assessing whether to cancel major public events in light of the virus.

In total, Tuesday’s six primaries offer up 352 delegates. Nearly one-half of all delegates will have been awarded when all is said and done.

Riding high on his victories in 10 out of last week’s 14 Super Tuesday contests, Biden spent part of this past weekend campaigning in Mississippi, a state he’s virtually certain to win.

“If I’m the comeback kid, there’s only one reason I’ve come back — the African American community all around the country,” Biden said to applause at a church in Jackson on Sunday.

If Biden sweeps a majority of Tuesday’s contests, he’ll widen his currently narrow lead over Sanders in the delegate count.

A decisive showing from either candidate could put pressure on the other one to drop out, as the race drags on toward the July convention in Milwaukee.

The only other candidate left in the race besides Biden and Sanders is Tulsi Gabbard, who has refused to drop out despite having virtually no path to the nomination.

Biden, who was nearly out for the count after poor showings in the first four nominating contests, has experienced a major resurgence since winning South Carolina’s primary on Feb. 29. His comeback has garnered him several prominent endorsements.

“Joe Biden won’t only win — he’ll show there’s more that unites us than divides us,” Booker said in an endorsement statement. “He’ll restore honor to the Oval Office and tackle our most pressing challenges.”

Kamala Harris endorsed Biden over the weekend as well, following in the footsteps of fellow 2020 dropouts Pete Buttigieg and Amy Klobuchar. Biden was expected to appear at a rally in Detroit on Monday evening with Booker and Harris.

Sanders has not courted as many high-profile endorsements as Biden, though the Rev. Jesse Jackson gave the Vermont senator his support Sunday — a boost that could help him attract more African-American voters.

A big unknown that remained Monday was whether Elizabeth Warren would offer an endorsement ahead of the Tuesday primaries. The Massachusetts senator, who shares many of Sanders’ progressive ideals, dropped out of the race last week but declined to immediately endorse a candidate.

In a related development, the progressive Working Families Party, which endorsed Warren last year, announced Monday that it will back Sanders instead.

“Electing Bernie Sanders and progressives all the way down the ballot is how we will turn the big bold ideas that both he and Elizabeth Warren have championed for decades into a reality,” the party said in a statement.

In light of Biden’s bounce-back, Sanders has taken on a more aggressive campaigning style, slamming the former vice president over his controversial support for the Iraq war and reliance on corporate donors.

Speaking on Monday in Missouri — the third most delegate-rich Tuesday state — Sanders said there’s reason to his rhetorical pummeling.

“My point here is not to criticize Biden,” he said. “My point here is to ask you to think that in a general election, which candidate can generate the enthusiasm and the excitement and the voter turnout we need. If you want to defeat Trump, which all Democrats do, we are that campaign.”

Your daily 6: It's Super Tuesday II, it's Harriet Tubman day and there's even a super cool supermoon

Also trending on your Tuesday: 'Jeopardy!' and 'Wheel of Fortune' to tape without audiences, Trump plans payroll tax relief in response to cor… 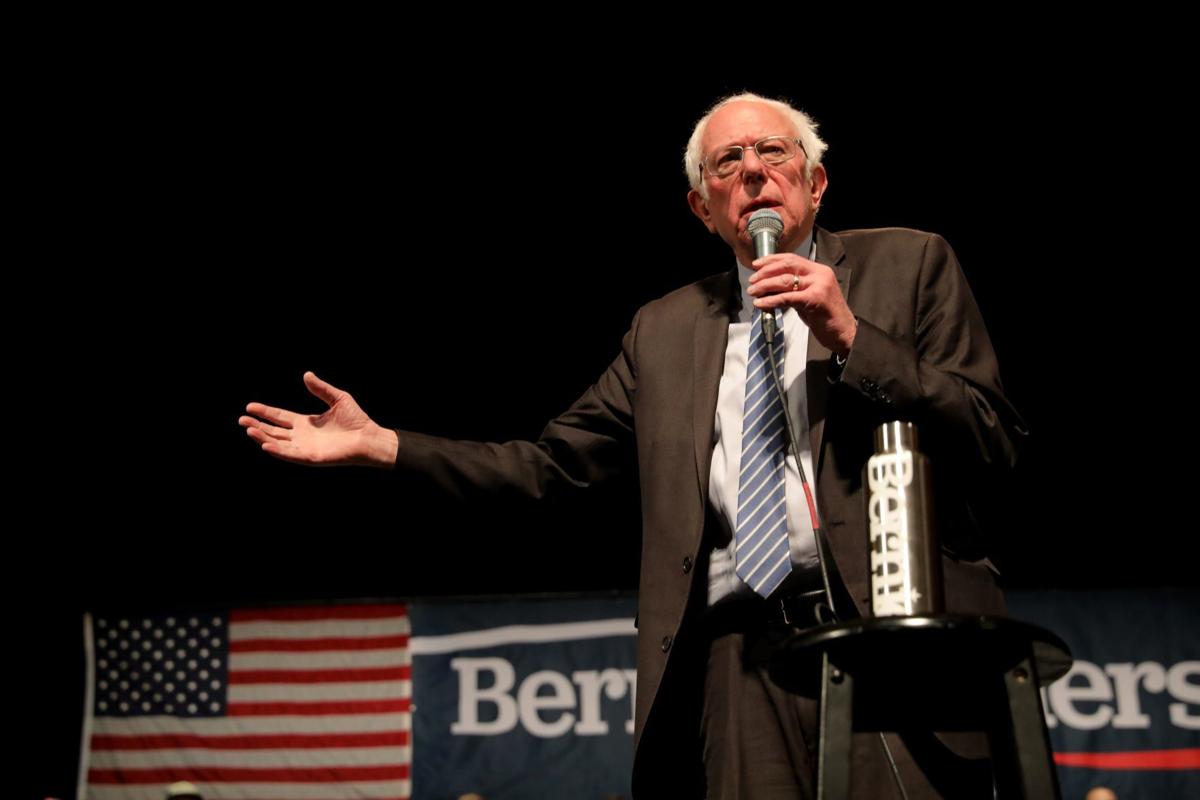 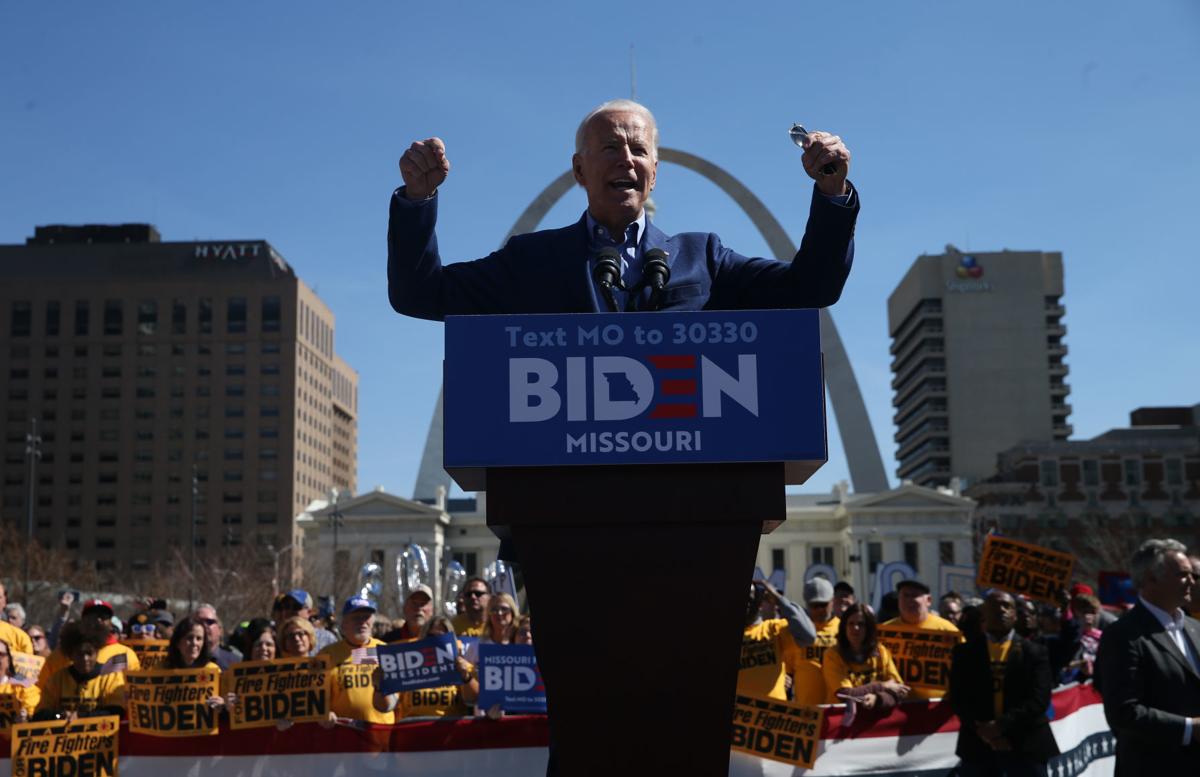