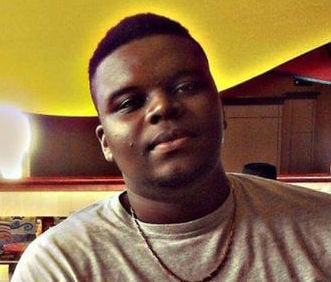 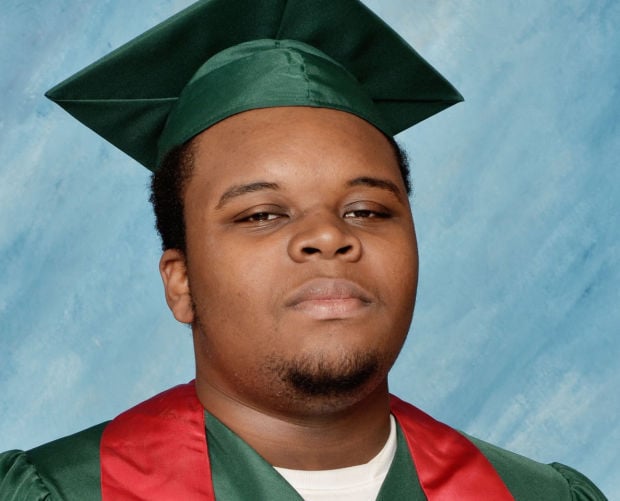 Michael Brown posted a haunting message on Facebook last week as he prepared to enter a new phase in his life: college.

“if i leave this earth today,” he wrote to a friend, “atleast youll know i care about others more then i cared about my damn self.”

Brown, 18, died Saturday after a Ferguson police officer shot him multiple times outside an apartment complex. Brown was two days from starting class at Vatterott College. Close friends had been packing up and departing for schools such as Kansas State University and Arkansas Baptist University on sports scholarships.

“Everyone else wanted to be a football player, a basketball player,” said Gerard Fuller, who had known Brown since second grade at Pine Lawn Elementary School. “He wanted to own his own business. He’d say, ‘Let’s make something out of nothing.’”

Brown graduated from high school at the predominately African-American Normandy High School, a high-poverty school in a district that has been at the center of legislative battles and a string of politically charged decisions by the Missouri Board of Education.

Teachers described Brown as a “gentle giant,” a student who loomed large and didn’t cause trouble. Friends describe him as a quiet person with a wicked sense of humor, one who loved music and had begun to rap. He fought an uphill battle to graduate.

As a freshman, he was in Junior ROTC. His sophomore year he played football. During his junior year, he attended McCluer High School in the neighboring Ferguson-Florissant district before returning his senior year to Normandy. There, he spent time in a credit recovery program so he could graduate in May.

“We were at graduation, me and him, and we were talking,” said Hershel Johnson, a friend of Brown’s since middle school. “He said he wasn’t going to end up like some people on the streets. He was going to get an education. He was going to make his life a whole a lot better.”

Friends of Brown’s learned about his death shortly after he was shot Saturday afternoon. They saw photos of him lying in the street on Canfield Drive where his body remained for hours. Some joined the crowds of mourners and protesters who had gathered there since the shooting in protest of how Brown had died: black, unarmed and from multiple gunshots.

At one point, members of the crowd held up their hands, saying, “Don’t shoot me!” as police officers with barking dogs tried to keep order. St. Louis County Police Chief Jon Belmar said the officer’s gun was fired once inside the car during a struggle with Brown, hitting no one, and that the officer then fired multiple times at the 18-year-old as he ran away. Police say Brown tried to take the officer’s gun.

“That doesn’t sound like Michael,” Johnson said. “I know he would never do anything like that. I just don’t believe he’d do anything that would cause this whole situation.”

On May 22, Brown walked across the stage inside Viking Hall, accepting a diploma with 114 other classmates. His gown was green. His sash was red.

In his graduation picture, Brown holds an expression of someone who’d just finished an endurance race. He had voiced relief to a number of friends that day, including Raquan Smith.

“After that was done and people were leaving, I remember seeing him off to the side,” Smith said. “He kind of just came up to me and said, ‘We made it.’”

“‘Yeah man, we made it,’ I told him. It was a breath of fresh air to know someone else shared the struggle in school. And now we were starting a whole new life.”

On Facebook and on Twitter, friends and classmates shared their anger, sadness and disbelief. They had to process the fact that Brown was dead. And they also had to deal with how he died.

“This is a problem,” Smith said. “This is an unfortunate recurring problem. We as a race, we as a community, we as a youth need to step up and say, ‘Things need to change.’”

Smith was among the friends who attended a vigil Sunday at the scene of Brown’s death. Bryson Jenkins, a classmate and member of Brown’s extended family, couldn’t be there. He just started as a freshman at Arkansas Baptist University.

“It hurt so bad to get that phone call,” Jenkins said. “He was a sharer. He was a giver. When one of his friends needed something he would give. Mike used to sell candy in middle school. I’d come up to Mike and say, ‘Mike, let me get some Skittles or something.’ I’d offer him a dollar and he’d say, ‘It’s on me.’”