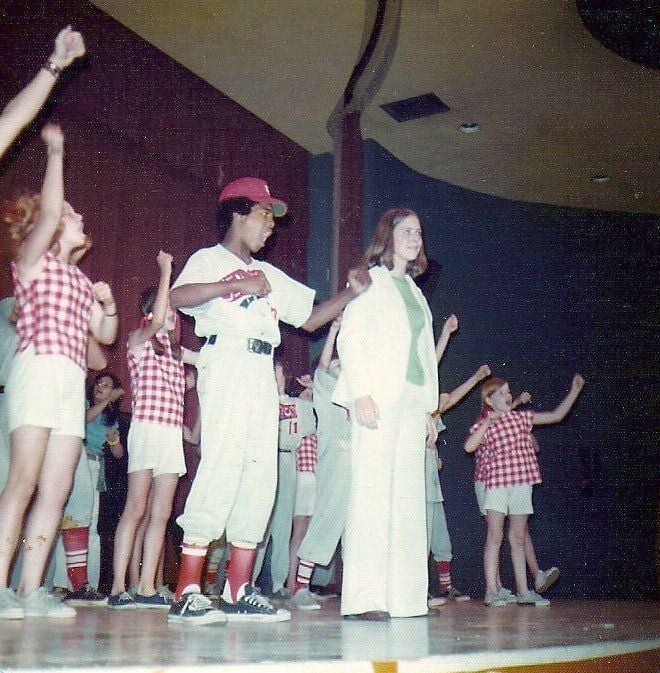 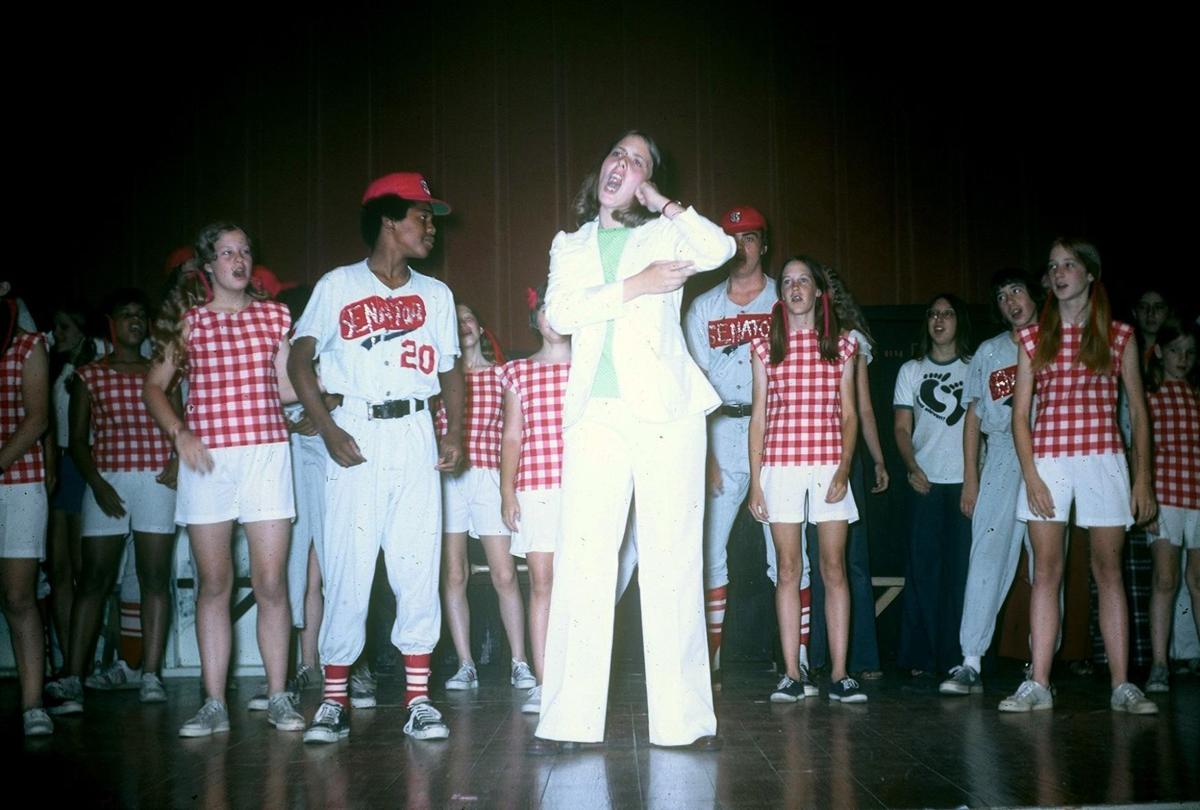 Life was not exactly a cabaret for Nancy Harvey. It was a full-scale musical production. Loud and joyous, the stage overflowing with people.

Nancy got her love of the theater, but not her exuberance, from her mother. Thelma Hines was a dour person, not known to smile easily. She was born in 1911 and earned a master’s degree in mathematics when that was quite unusual for a woman. Thelma married a lawyer, and Nancy, the first of their four children — and their only daughter — was born in 1936.

Despite her serious nature, Thelma liked the theater. She was active in her church and directed plays for the youth groups — first at St. Gabriel in the city and then at Our Lady of Lourdes in University City. In pre-television days, parish theatrical groups were a big deal.

Nancy was a star. She sang. She danced. She saw herself as Judy Garland. In fact, she played Dorothy in a church production of “The Wizard of Oz.”

She graduated from Nerinx Hall in 1953 and earned a degree in English from Fontbonne University — then Fontbonne College — and followed that with a master’s in drama at St. Louis University. She married Bob Harvey, whom she had met in a church production. He did not have a big part, but he wore a red sash. He created an impression. They were not immediately a couple, though, and only got together after he came home from the Army. They were married in 1961.

In the fall of 1967, after the birth of her fourth child, Nancy began teaching English at Mercy High School in University City. Day care was provided by Nancy’s grandmother, Thelma’s mother, Alma.

For Nancy, it was as if the curtain had come up, and the play was on. She took over the theater program at the school. It was not a structured thing as much as a free-for-all. If you wanted to be in the play, you were in it. Everybody was welcome. Informal rehearsals were held at the Harvey home on Atalanta Avenue in Webster Groves. In the evenings, the house would be filled with young people, not all of whom were involved in plays. Many of the students at Mercy were African American. Another passion of Nancy’s — equality.

A big family, a house full of high schoolers, a teaching job and a marriage might have been enough for most people, but Nancy then founded Art for Children’s Theater. She ran ACT, as it was called, out of her home. It soon became a big deal. Five full-length musicals every year. Two for younger kids, two for older kids and one combined. Nancy adapted the plays — she often did extensive rewriting to make things kid-friendly — directed and produced the shows.

The plays were mostly performed at the Kirkwood Community Center.

Hundreds of kids were involved. The plays were each performed several times, and Nancy would try to rotate the lead roles so more kids had a chance to shine.

Of course, she had help. Costumes, props, sets. A community developed around ACT.

The stories abound. A young man, a stutterer, given a role that required a short but dramatic speech, standing silent at his moment of truth while the audience, knowing or sensing the situation, waited and hoped and rooted for the youngster, and then, just when it seemed all might be lost, he recited his lines perfectly.

There were, I’m sure, many less dramatic but still important moments. A thousand small shoves toward success.

After 10 years or so, the curtain came down on ACT. Nancy was out of energy. Who wouldn’t be? Rehearsals were at her home. Dozens of kids. Imagine that. Not surprisingly, no one stepped up to try to replace Nancy.

Even after the plays stopped, kids came over, some for extended stays. A couple of them are still considered family. Mercy closed in 1985.

She died in March.

At her funeral, Nancy was remembered as a grandmother who took her grandchildren everywhere. They would pile into her van and set off on grand adventures. Nancy would sometimes get lost but never discouraged.

Heartwarming remembrances came from Facebook posts and emails as ACT alums and Mercy students remembered her as a teacher and mentor.

“I’m heartbroken today but oh so grateful,” wrote John McDaniel, a producer, composer and Grammy Award winner (“Annie Get Your Gun”) who also had been the band leader on the “Rosie O’Donnell Show.”

“I will forever be grateful to her for playing such a large role in the success and happiness I have found in the arts,” wrote David Kaufman, a television and movie actor.

But most of the remembrances were from kids who did not go into the theater professionally. Some have stayed active in community theater, but others just remembered the good times and the constant encouragement that Nancy happily passed around. She inspired kids to do more than they thought they could.

“Had Mrs. Harvey been a coach, her teams would have won championships,” said Alvin Reid, a local journalist and a panelist on “Donnybrook” on KETC (Channel 9). He was once Nathan Detroit in “Guys and Dolls.”

My favorite remembrance was from Daryll Thomas, a Mercy alum. “I remember that she told me if I was late one more time for advisory, I had a choice of detention or I could help out as a stagehand in the play, ‘The Music Man.’ I was not only a stagehand, but I was ‘Townsman Number Three.’ RIP, Mrs. Harvey.”