McClellan: 'Miss Block Captain' is still a teacher
0 comments
Share this
Support local journalism for 99¢
1 of 3 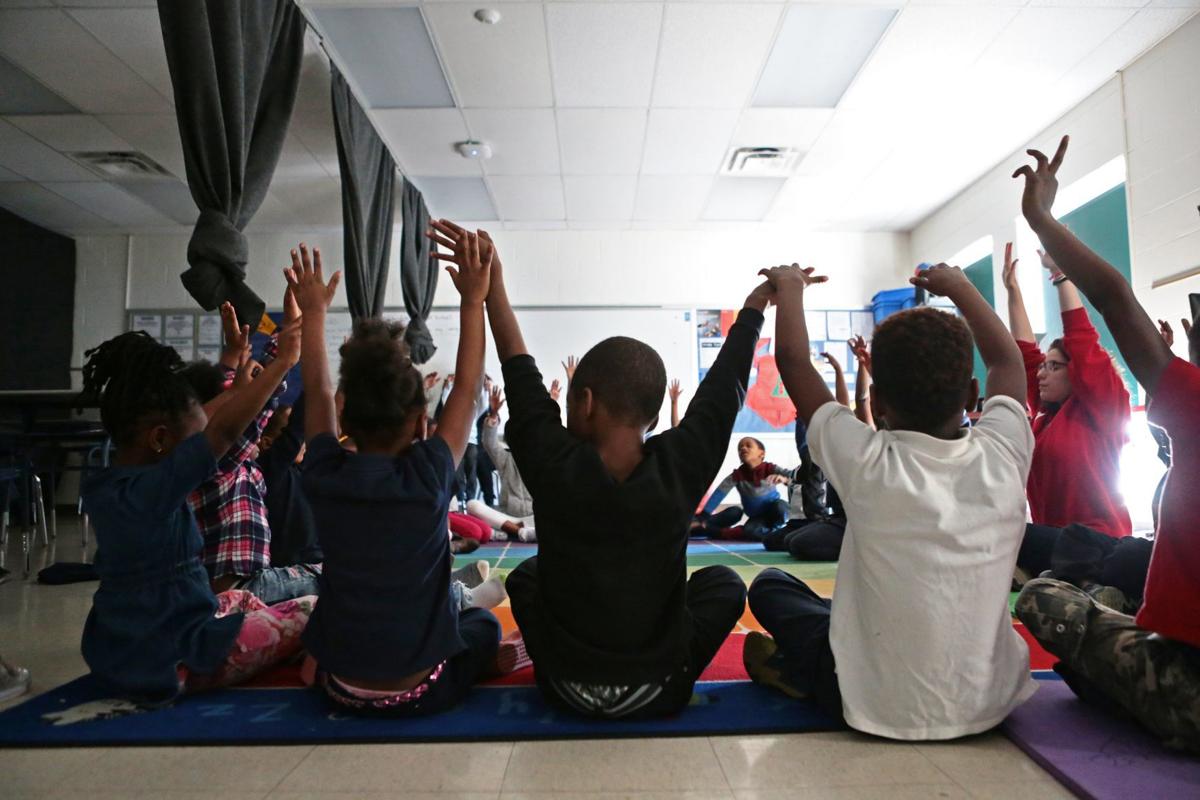 Under the guidance of third grade STEM teacher Rachel Rubenstein (far right), children practice "mindfulness yoga" in the reflection room at Carver Elementary School instead of being punished for misbehavior in 2017. Carver changed the way it approached discipline and saw a dramatic decrease in referrals to the office for disciplinary problems. 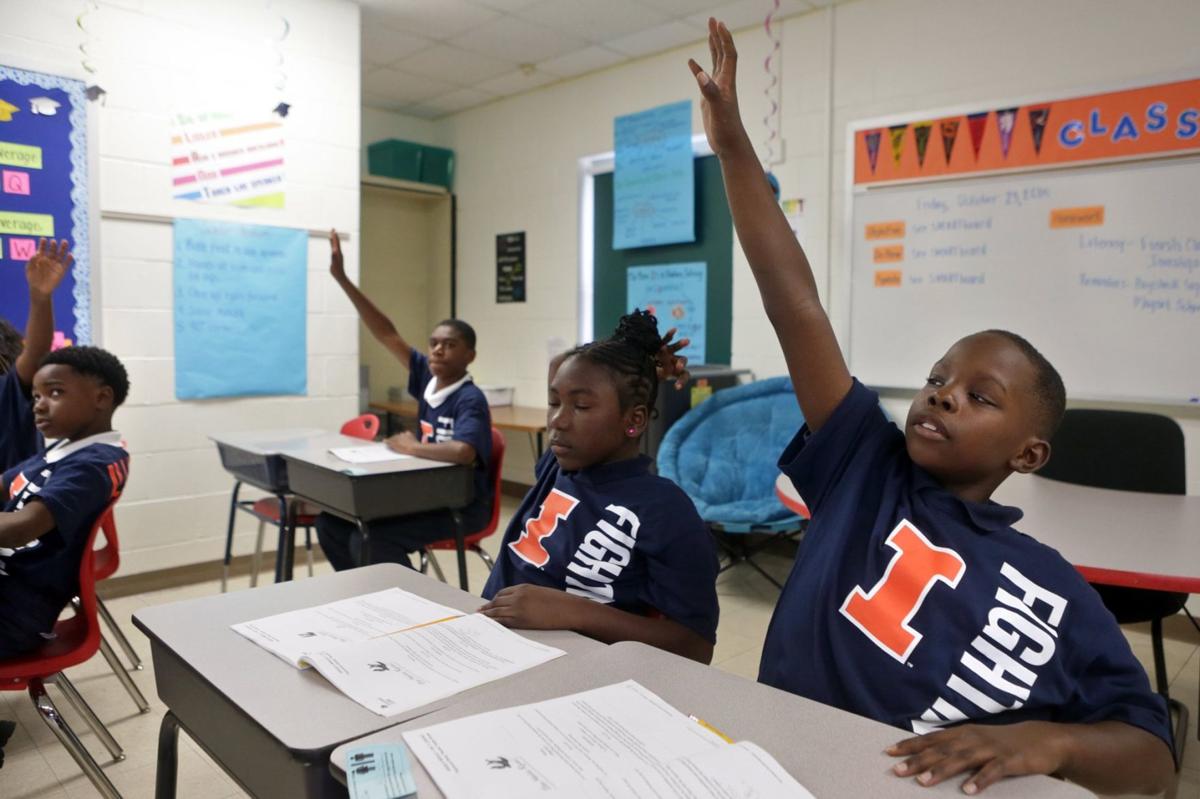 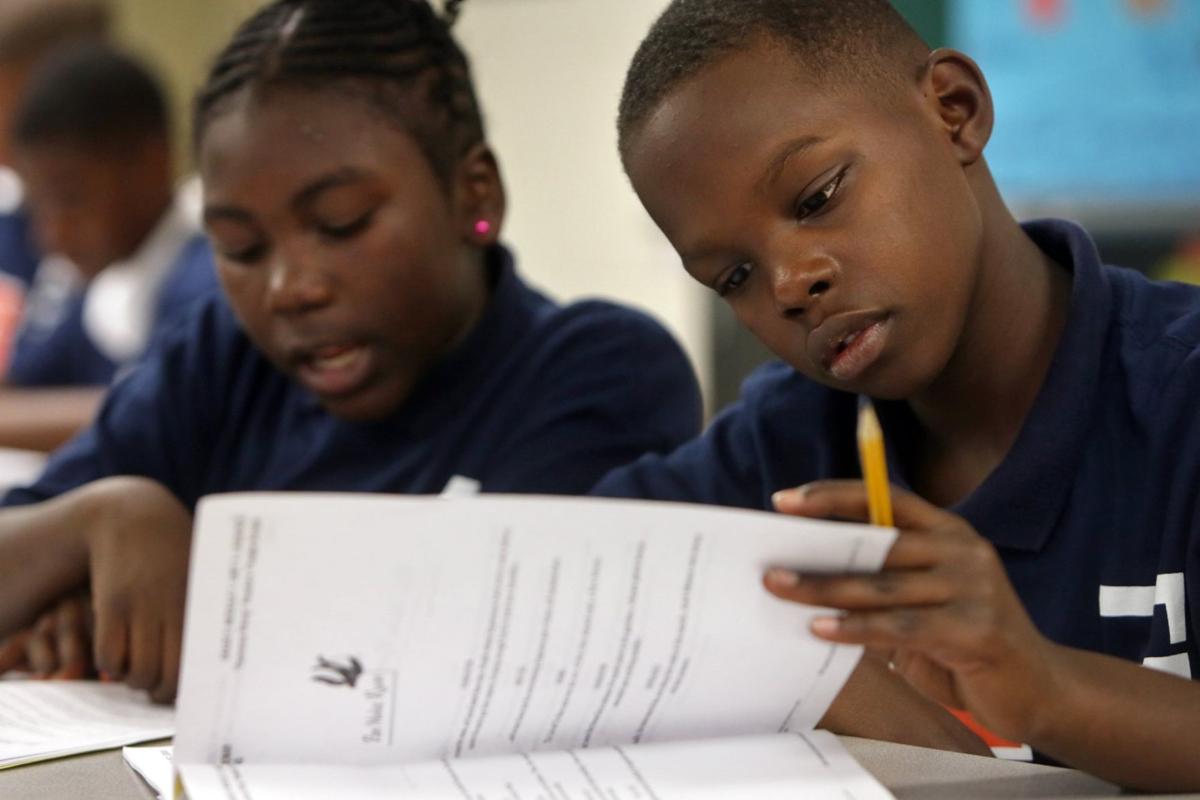 Mildred Lewis was born in Tennessee 79 years ago. She was an only child, which was unusual in those days. Her mom, for instance was one of 10 kids. So Mildred had many cousins, and many aunts and uncles, a few of whom had migrated north and settled in St. Louis.

Although, or maybe because Mildred’s parents had little formal education, they wanted their daughter to go to college. That was then a big ambition for a young black woman in the South.

After graduating from a segregated high school, Mildred went to Owen College in Memphis for two years, and then transferred to Lane College. Both were historically black schools.

In those days, Tennessee required three years of college for teachers. So after three years, Mildred became a teacher. She also got married and had a son.

Her marriage did not work out, and Mildred decided to take her son, who was then 4, and head north to start a new life. She came to St. Louis where she had relatives.

She worked at a bank, but did not find that as satisfying as teaching. So she enrolled at what is now Harris-Stowe State University, got her degree and then a job in the St. Louis Public Schools. She taught fifth grade at Carver Elementary, in the 3300 block of Bell Avenue.

It was a school without a lot of resources. It was built in 1882, six years after George Custer gained immortality at the Little Big Horn. In addition to age, there was the issue of neglect. When the desegregation program began in the early ‘80s, the city school system put its energy and its money into magnet schools that might attract students from the county.

Carver was, and is, an all-black school. A neighborhood school. The kids come from poverty.

In 1985, the ceiling began to collapse. I went to the school to write about the ceiling and met Mildred. She was upbeat, enthused. She struck me as one of those teachers who makes a difference. Carver is more than a bad ceiling, she said. And so it seemed to be. The teachers at Carver had a 96% attendance record. The kids seemed well-behaved.

Sadly, test scores didn’t reflect Mildred’s contagious enthusiasm, and when the city hired a “turnaround firm” in 2003 to redo the school system, Carver was closed. Mildred was assigned to Patrick Henry Elementary School near downtown.

I visited Mildred last week. She lives on St. Louis Avenue just west of Kingshighway. Her two-family flat was once owned by her aunt. Across the street are signs, “We Must Start Loving Each Other” and “We Must Stop Killing Each Other.” Mildred has a sign in front of her house. “Please Don’t Litter St. Louis!”

She is a block captain for Operation Brightside.

At the top of her stairs is a small poster: “Books: The Power to Dream.”

She talked about her former students. She remembers one fifth-grader telling her, “I’m going to be the first black president, and I’m going to paint the White House black!” She said she thought about that student when Barack Obama was elected. She has a photo of Obama on her wall. Also, a photo of Kit Bond.

Her son, Sam, had a summer job with Bond long ago, and became friends with one of Bond’s cousins. One time, when she needed advice on a financial matter, she called Bond’s office. He called her back.

She became animated when she talked about success stories. Shamari Hayes is now a teacher. Janella Brown wrote a book of poetry and earned a master’s degree at Webster University.

Of course, it was, and is, a tough slog up from Carver. Some of the kids didn’t make it. Could she tell who wasn’t going to make it?

You had an idea, she said. She spoke of one youngster whose mother was in prison. He lived with an aunt. Not surprisingly, he was troubled. When he was 17, he stole a car and got in a high-speed chase. He crashed and was killed. His two passengers also died. She knew them, too.

Her son now lives in Chicago. He is married to a Jewish woman whose grandparents came from Ukraine. The melting pot as it is supposed to be, I thought. “Porgy and Bess” meets “Fiddler on the Roof.”

Her son thinks Mildred should move to a better neighborhood. He told her so when he last visited. Mildred said a young man was walking by and overheard her son. The young man stopped. “Your mother is well-protected,” he said.

Carver was renovated and reopened several years ago. Mildred visited her old classroom. There were computers. She said she was impressed. She thinks Carver is still a special place.

That might not be reflected in test scores — in fact, it isn’t — but sometimes numbers are just numbers.

The establishment never goes away. It evolves.

Who should get licenses to sell pot? The people who've been selling it.

In defense of dysfunction

Bill McClelllan takes a moment and recognize the man who most contributed to our dysfunction in 2019, and then takes a look toward 2020.

McClellan: The conundrum of the prison guards in Missouri

Their union persists in endorsing candidates who work against them.

Under the guidance of third grade STEM teacher Rachel Rubenstein (far right), children practice "mindfulness yoga" in the reflection room at Carver Elementary School instead of being punished for misbehavior in 2017. Carver changed the way it approached discipline and saw a dramatic decrease in referrals to the office for disciplinary problems.