ST. LOUIS • An investment banker convicted of felonies in 1995 and imprisoned for almost three years — in a case that also landed former St. Louis Comptroller Virvus Jones in jail — now is an executive with a firm doing millions of dollars in business with Jones’ daughter, city Treasurer Tishaura Jones.

Craig Walker is a vice president for public finance for IFS Securities Inc., an Atlanta investment banking and brokerage firm.

Since April 2015, the firm has been a part of underwriting more than $55 million in bonds for the St. Louis Parking Fund, according to the Municipal Securities Rulemaking Board.

Tishaura Jones was elected city treasurer in 2012 and is a Democratic candidate for St. Louis mayor. By virtue of being treasurer, she is in charge of the city’s parking operations.

Recent bond issues that involved IFS Securities and the city’s parking operations under Jones were:

Jones said she knew Walker was at IFS and was aware of his past criminal convictions, when the treasurer’s office hired the firm as one of three investment firms in 2014.

“No company is squeaky clean,” Jones said. “And Mr. Walker has paid his debt to society.”

Walker said his contact with St. Louis officials is infrequent and that he did not serve as the “point person” for IFS on the bond issues.

On his LinkedIn profile, Walker states that he was hired as vice president by IFS “to launch the public/corporate finance department within the firm.”

Jared Boyd, Jones’ chief of staff, said IFS and the other two underwriters were selected in 2014 after eight firms submitted their qualifications. He said the plan called for the firms to be used whenever the treasurer’s office needed to issue bonds.

When asked why IFS had received more underwriting work than the other firms, Jones said the two later issues, the refunding bonds, came from an idea submitted by IFS.

“And it saved the city money, about $5 million,” she said.

Walker said he has talked with the treasurer’s office on occasion and has also discussed St. Louis issues with the IFS investment banker who directly deals with the office.

“We’re a team; that’s how the firm works,” Walker said.

This is not the first time Walker and Jones have worked together. Both said they worked for Blaylock Robert Van, an Oakland-based investment banking firm.

Walker joined Blaylock in 2009 and Jones worked there from March 2010 to June 2011, while she was a Missouri state representative.

Walker left the firm in September 2012 and joined IFS in October 2012, a month before Tishaura Jones was elected treasurer. He was named as a vice president for public finance in January 2013, less than two weeks after she took office, company press releases indicate.

Along with his position with IFS, Walker also began working in July 2012 as a commissioned consultant with two companies in the St. Louis area: KAI Design & Build, and Power Up.

That employment information was submitted by Walker to BrokerCheck, an online register operated by the Financial Industry Regulatory Authority, which provides information about investors and brokers.

Power Up designs and installs commercial electrical systems. Michael Kennedy Jr. identifies himself as the owner of Power Up on his LinkedIn profile.

Walker said his work for Kennedy’s company was “a one-time” meeting that Walker set up for the firms.

Walker’s relationship with Virvus Jones goes back to the early 1990s, when he was a $600,000-a-year investment banker for Prudential Securities Inc. and a major contributor to Jones.

In 1995, Jones, Walker and two other Jones allies were charged by federal prosecutors with scheming to rig the 1993 Democratic primary race for comptroller.

Authorities had alleged that Virvus Jones, the incumbent, put Penny Alcott into the field as a “stalking-horse” candidate to siphon votes from Alderman James Shrewsbury, Jones’ main challenger. Jones edged Shrewsbury in the election.

In September 1995, Jones pleaded guilty to two counts of felony tax fraud and later was sentenced to one year and a day in federal prison. Prosecutors said Jones used about $118,000 from his campaign fund and a nephew’s guardian account to pay personal expenses.

As part of the plea bargain, prosecutors dropped their claims that Jones had been part of the election-rigging scheme.

Alcott and another Jones associate pleaded guilty to charges related to the 1993 campaign.

In March 1996, he was sentenced to 33 months in prison. An appeals court upheld his conviction. Walker is licensed as a broker in Missouri and Illinois, according to BrokerCheck.

A person convicted of a felony has to wait 10 years before obtaining securities licenses, according to FINRA. BrokerCheck shows that Walker did not work at any investment firm from 1995 to 2008.

“And I never had a securities violation prior to (the 1995 felonies),” he said, “and I haven’t had one since.”

St. Louis Treasurer Tishaura Jones has been doing bond business with the firm of investment banker Craig Walker, who in the 1990s went to prison after a federal investigation into a election scheme that involved her father. Among those recent deals:

Regarding "Banker convicted of felonies does bond work with St. Louis" (Dec. 16): 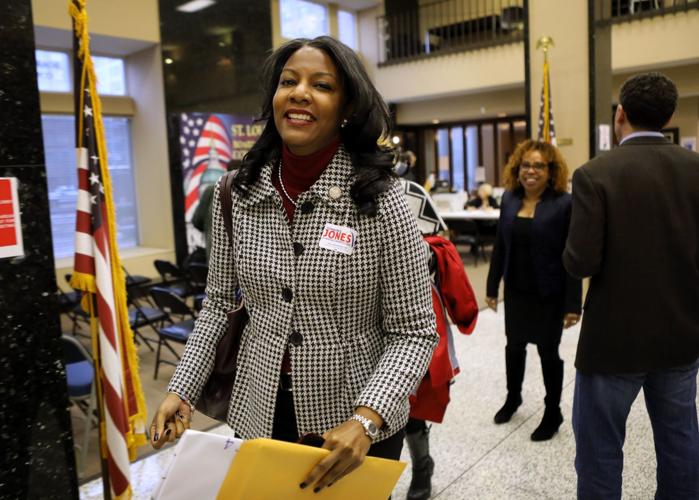 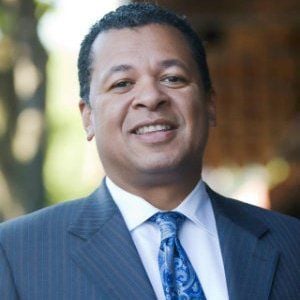 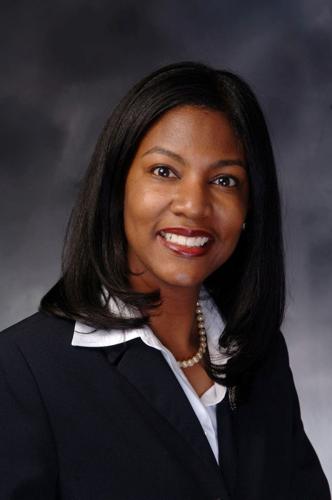