The designer/innovator/environmentalist’s modest geodesic dome home in Carbondale is being refurbished and turned into a museum that preserve and present Fuller’s myriad ideas and visions.

This week, call it the Party Dome.

It was on Oct. 22, 1971, that Fuller dedicated the structure on the SIUE campus, which is now home to the school's Center for Spirituality and Sustainability.

To laud the milestone, a celebration will start at 6 p.m. at what now is called the Fuller Dome. Masks are required.

A designer and futurist, Fuller got a patent for the dome in 1954. He championed it on a "more is less" philosophy, saying domes enclose more volume than other structures of similar size and weight, and can be built relatively cheaply with environmentally friendly materials.

He came to work at  SIUE in 1959 and stayed until the early 1970s. During his time here, the home he and his wife lived in was a geodesic dome.

Efforts to refurbish the home and turn it into a museum are the subject of a short documentary from "Living St. Louis" on KETC (Channel 9).

The Friday festivities in Edwardsville will include a performance by the Katherine Dunham Dance Troupe, wholly appropriate given that the famed dancer/choreographer was the spark behind Fuller's most nationally known effort.

In the early 1970s, Katherine Dunham was looking for ways to stop the decline of East St. Louis and reached out to Fuller and his associates.

Fuller conceived a plan to cover a massive portion of the city with a mile-wide dome. With a price tag of about $800 million, the proposal never caught on with either the community nor investors.

Fuller left other notable impressions in STL, the most well known being the Climatron at the Missouri Botanical Garden. Opening in 1960, it was the first time a geodesic dome was used as a greenhouse. 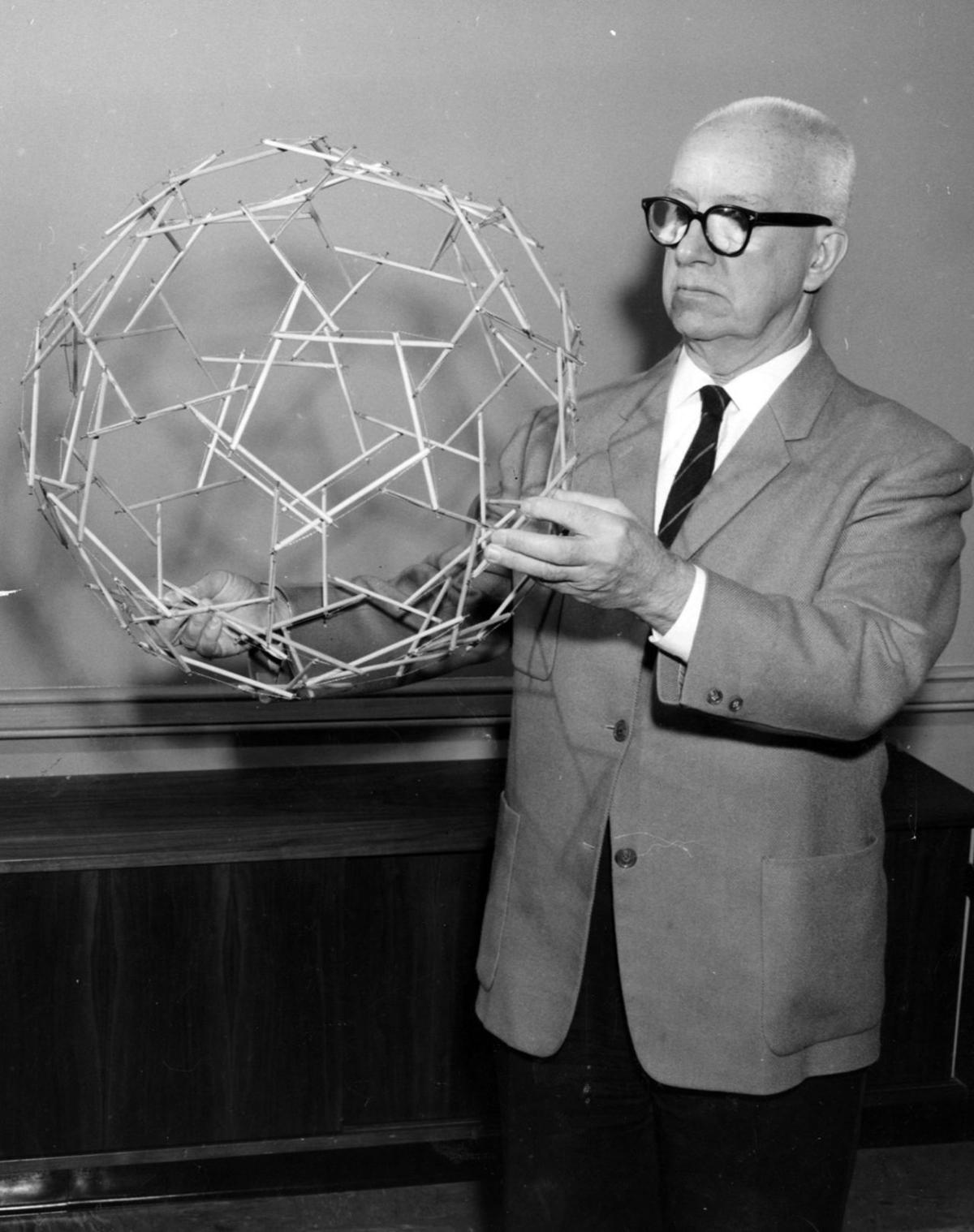 LOOK BACK- CLIMATRON - R. Buckminster Fuller, creator of the geodesic dome, shows a model of his design for a collapsible dwelling on the moon for astronauts in June 1963. Fuller generated hundreds of ideas, from teardrop-shaped cars to a massive geodesic dome over part of East St. Louis. He left Harvard University without a degree, but worked and taught at Washington University and Southern Illinois University Carbondale, and was near the height of his fame when the Climatron was built. He died in Los Angeles in 1983 and age 87. (Post-Dispatch) 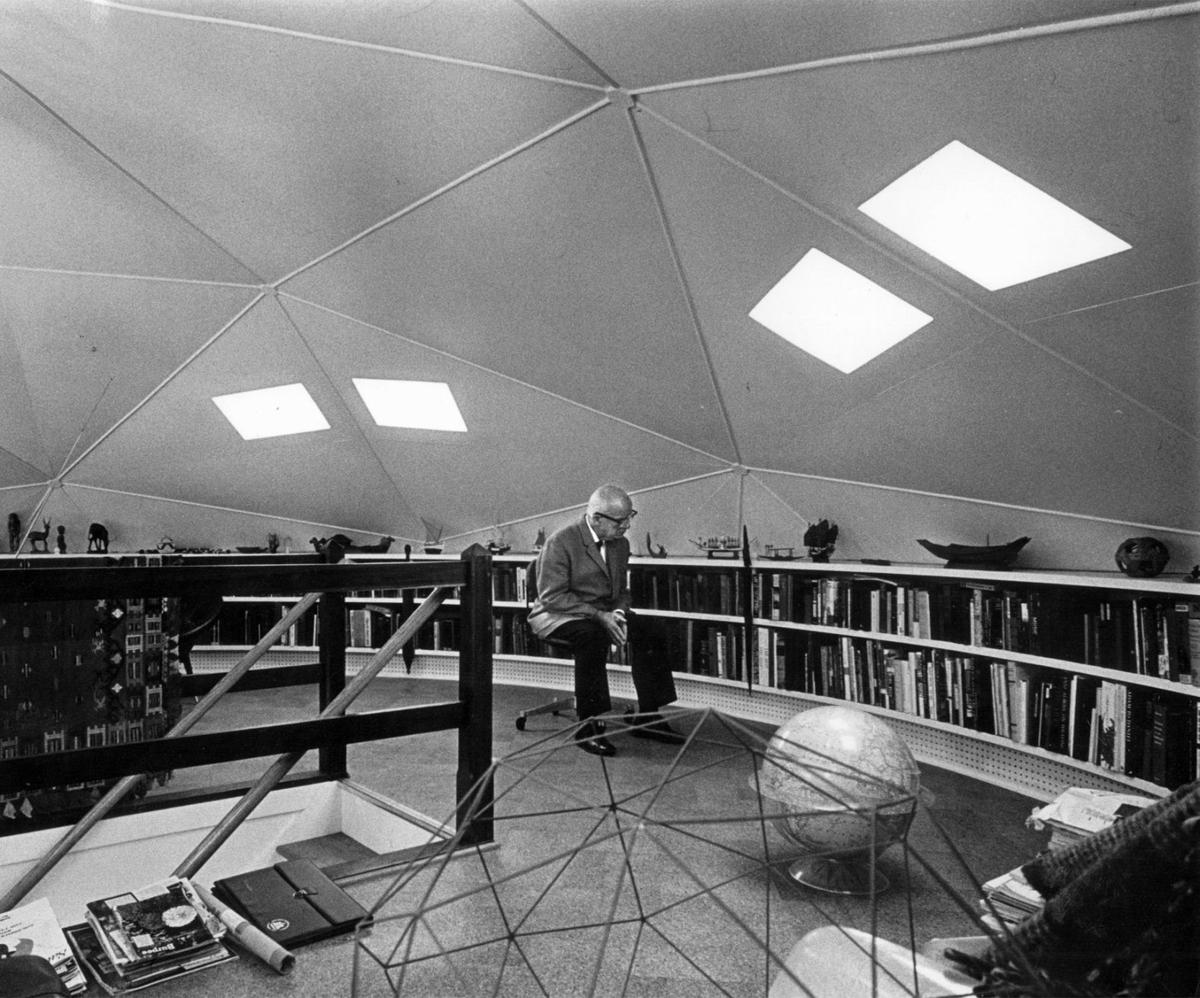 December 1966 -- Buckminster Fuller sits in his library on the mezzanine beneath a geodesic dome. Fuller says his heating bill is half as much as it would be in a rectangular house of the same floorspace, about 13,000 square feet, because the dome presents less surface to the outside air. Photo by Robert LaRouche, St. Louis Post-Dispatch 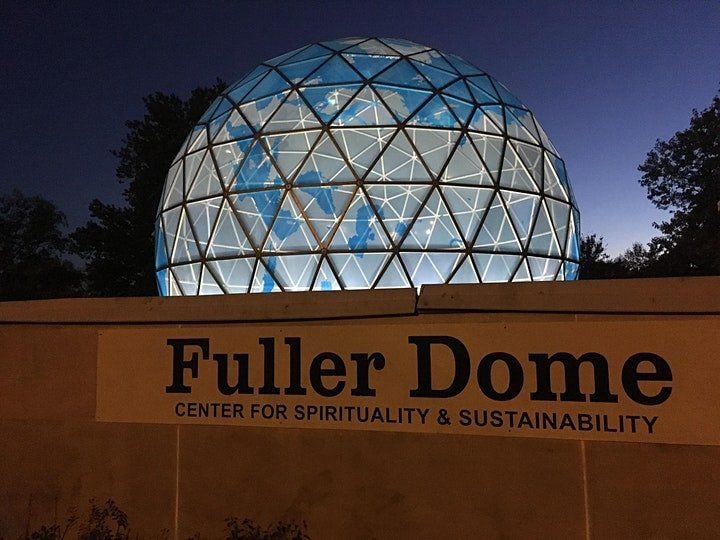 "Fuller Dome," home of the SIUE Center for Spirituality and Sustainability (Photo by Southern Illinois University)