For sports fans, it was the Cardinals' station. For kids, it was the Three Stooges on "Captain 11's Showboat."

And for everyone else, it was "Wrestling at the Chase."

KPLR (Channel 11) turns 60 years old on Sunday and will kick off a yearlong anniversary celebration.

The first independent television station in St. Louis, the station was founded by Harold Koplar and hit the airwaves on April 28, 1959. Its studios and offices were in the Koplar-owned Chase Park Plaza Hotel.

Koplar's son and successor, Ted Koplar, sold the station in 1998. It now is owned along with KTVI (Channel 2) by Tribune Broadcasting.

The first program aired on the station was a Cardinals baseball game. This Sunday, broadcasters Al Hrabosky and Rich Gould will throw out the first pitch at Busch Stadium when the station is recognized at the game against Cincinnati. (KPLR carried Cards' games until 1962, then again from 1988 to 2006.)

A month after its debut, the station began running Three Stooges comedy shorts as part of an after-school cartoon show hosted by Captain 11, played by local radio personality Harry Fender. The show air until 1968.

The station's cash cow in the early days arose in the fall of 1959, when Koplar and legendary pro wrestling promoter Sam Muchnick were on the same airplane flight and cooked up the idea to broadcast a local wrestling show.

"Wrestling at the Chase" was first broadcast from the Khorassan Room of the Chase and became a huge local hit until it went off the air in 1983.

This weekend, the station will show the one-hour retrospective “Wrestling at the Chase: A Look Back.” It is set to air at 8 p.m. Saturday and at noon Sunday.

Harley Race, the longtime wrestler and promoter best known for playing the arrogant “King of the Ring,” wearing a regal crown and purple cape and insisting that opponents kneel and bow before him, died Aug. 1 in St. Charles. He was 76.

Harley Race and Ric Flair were involved in one of wrestling’s most memorable matches, a 1983 cage match in Greensboro, North Carolina. Flair won the match. Both left the ring with bloodied faces.

In 1999, Race started a wrestling academy that continues today in Eldon, Missouri. It has since relocated to Troy.

Sign on online guest book in honor of Harley Race.

Wrestling at the Chase

For decades, it was must-see TV for St. Louisans

The system of trails and shelters that escaped slaves used to flee the South before the Civil War is the subject of the tours, starting on Feb. 29.

After meth: Former KSDK reporter talks about past drug woes

Jeff Small, charged with methamphetamine possession in 2018, worked at KSDK from 1993 to 2012. He recently finished a court-mandated drug program.

Housing prices in St. Louis lower than most large US cities

The National Organization for the Reform of Marijuana Laws gave Missouri Gov. Mike Parson a "C," while Illinois Gov. J.B Pritzker earned an "A."

Sandi Swift will be grand marshal of the Ancient Order of Hibernians' 37th annual Saint Patrick’s Day Parade. Others will be lauded at March 6 banquet. 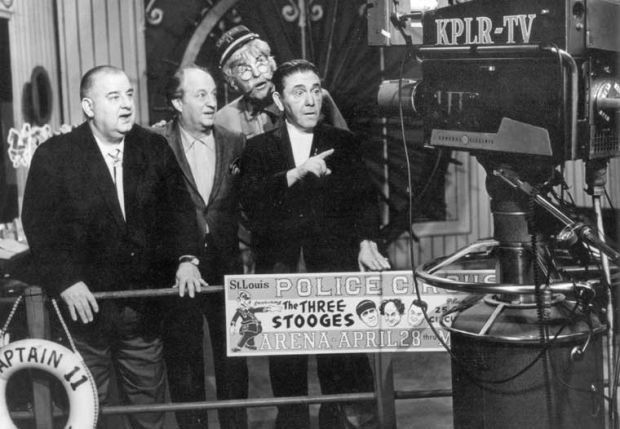 The Three Stooges pose with Captain 11 on the set of his Showboat program at KPLR-TV in St. Louis. 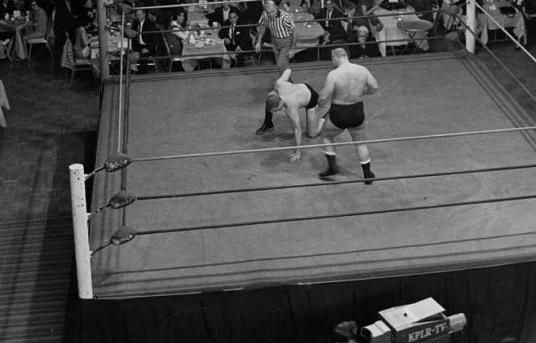 In a scene from the Khorassan Room for the show "Wrestling at the Chase" in the early 1960's, Bulldog Dick Brower stands over Guy Mitchell in a match refereed by Milo Occhi.