Two new hires, and also two homecomings, have taken place at KSDK (Channel 5), with a pair of off-camera supervisors being hired away from rival stations.

STL native Brian Spencer has been inked as the station’s new creative director. To take the post, Spencer ankled his position as promotions manager at KMOV (Channel 4).

Spencer earned a bachelor’s degree from Lindenwood University and started his television career at KSDK in 2000 as a production assistant. After becoming a creative services producer, he left to work in television in Raleigh, North Carolina.

Tram Anh Nguyen is taking over the position of morning content manager at KSDK, after having spent the last 20 years as a producer at KTVI (Channel 2).

Nguyen, who earned a bachelor’s degree in broadcast journalism from Webster University, also started her career at Channel 5. In 1997, she started there as a production assistant.

Before coming back to St. Louis at Channel 2, Nguyen worked at a Decatur, Illinois, station.

She's back at KSDK, at least partially, because of the impression she made on longtime anchor/reporter Art Holliday, who is the station's interim news director.

"When I learned she was interested in returning to KSDK," Holliday said, "I said, 'Hire her.'" 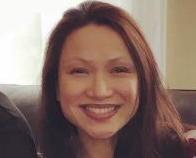