For a silver anniversary, KTRS (550 AM) is enlisting a pair of its silver-tongued talkers to celebrate its 25 years on the air.

Another original member of the station roster, "Farmer" Dave Schumacher, will sit in for part of the show.

The show will be broadcast live from the Piccadilly at Manhattan restaurant in Maplewood.

"KTRS has survived the mergers and consolidation of corporate radio and has continued to grow into one of the most successful independent radio stations in the country," said Mark Dorsey, station president and general manager.

KTRS began its official life in 1922, as KSD, and was owned by the St. Louis Post-Dispatch.

For most of its life, the station featured music formats before switching to a talk-news format, and the call letters KTRS, in 1996.

Wiese, also a regular panelist on KETC's "Donnybrook," was part of a group of announcers — Bill Wilkerson, Kevin Horrigan and Jim Holder among them — who left rival station KMOX (1120 AM) to go with KTRS on its first day of broadcasting.

(NOTE: Joe Holleman is a regular guest on KTRS Radio.) 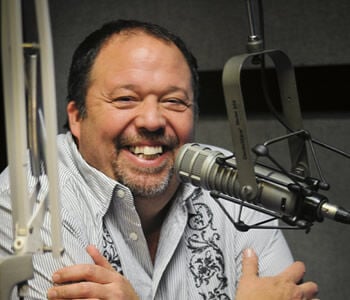