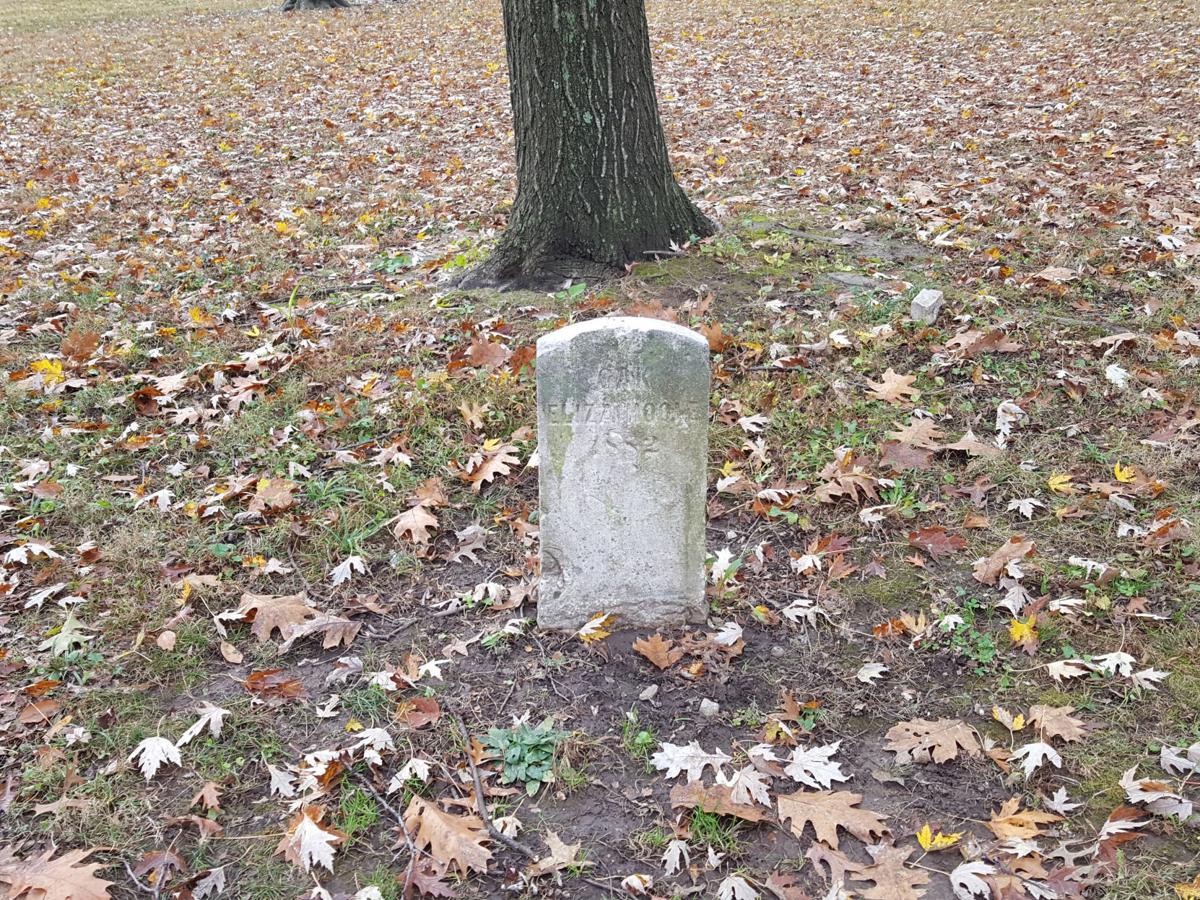 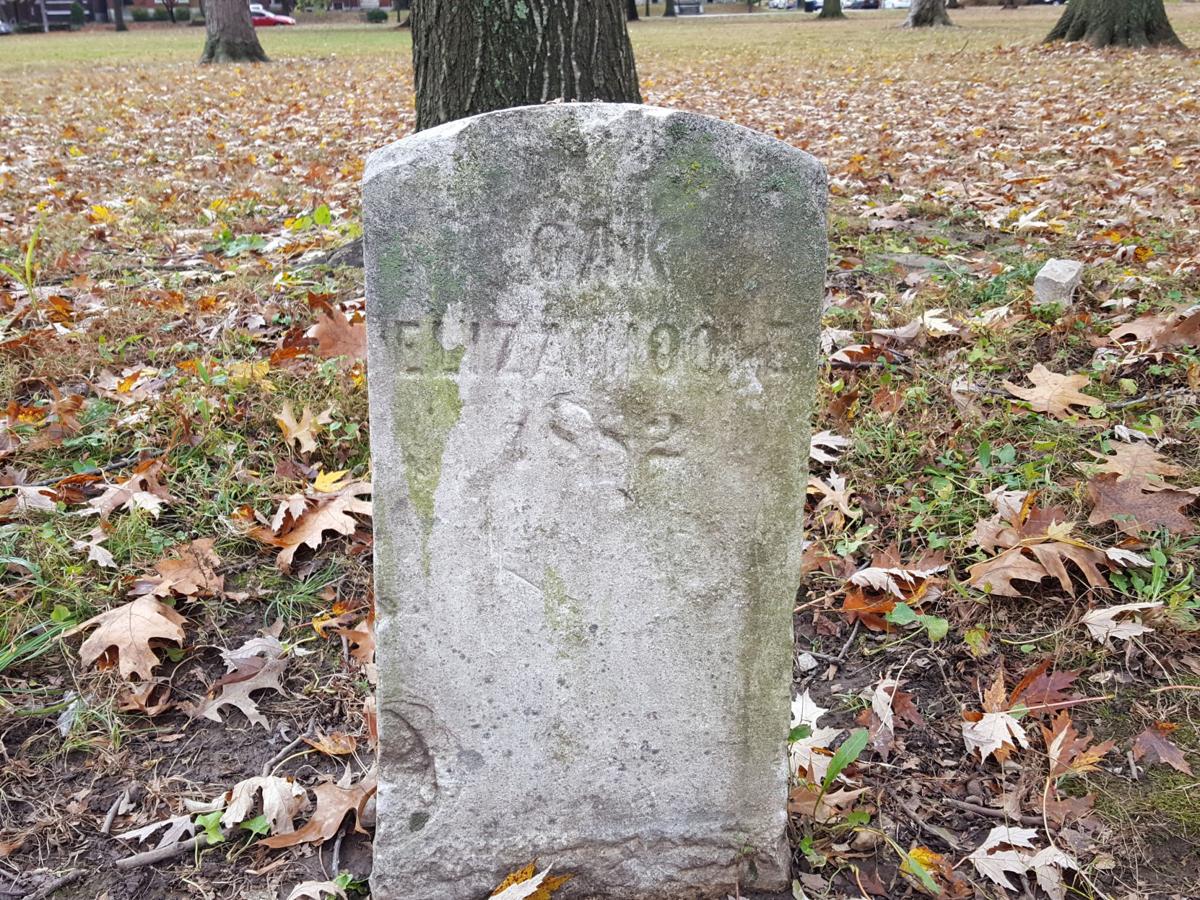 Jogging through Tower Grove Park, Clarissa Gaff thought she had found a grave.

Standing across the road from the West End picnic site in the southwest section of the park, Gaff saw what was by all appearances a white headstone marking a burial plot.

The timeworn face of the marker revealed that the body underneath may be a woman named Eliza, who died sometime in the 1800s.

“It took me several years of jogging in the park before I discovered it,” said Gaff, who was bitten deep enough by curiosity to send an inquiring email to park officials.

“Who is she? Why is she in the park?” she asked in her query.

The folks at Tower Grove Park indeed had all the answers to those questions. “But the story behind the stone is a little less exciting than people might imagine,” said Brigid Flynn, the park’s development director. “There’s no one buried there; it’s not a grave marker.”

Flynn explained that the stone was installed in 1882 in the park, which was created out of the personal land holdings of prosperous merchant Henry Shaw.

Eliza Hoole was one of Shaw’s cousins, and she came from England in 1882 for a visit. Flynn said Hoole enjoyed her trip so much that she decided to plant an oak tree to celebrate the occasion.

“Then Henry Shaw had a marker put in with her name and the year and the word ‘oak’ on it,” said Flynn, referring to the tree variety that can be seen at the top of the marker.

Added Flynn, “Eliza’s father, James Hoole, was one of Shaw’s early investors, so she was probably a favorite cousin.”

It appears she remained popular with Shaw for some years after. His last will and testament in 1889 sets aside “two hundred pounds sterling” for Hoole.

Flynn said that Hoole’s tree eventually died or was removed — an article in 1965 in the Missouri Historical Society Bulletin states that the original tree had been gone for years — but the stone remained.

And Hoole’s piece of rock is not the only stone that Shaw installed to commemorate a tree being planted in the park, Flynn said. A stone marker placed by Shaw stands next to a mulberry tree in Flag Circle on Center Cross Drive to honor Shakespearean actress Adelaide Neilson.

Neilson was a popular English actress who became famous in the U.S. during an extensive stateside tour.

Park history states that when Neilson visited St. Louis in 1880, she was so impressed with the park’s statue of William Shakespeare that she told Shaw she would send him a cutting from a mulberry tree at Stratford-on-Avon, the Bard’s hometown. But before she could carry through with her promise, Neilson died suddenly several months later at the age of 33. So Shaw imported a cutting himself, planted it behind the statue and installed a marker honoring Neilson.

But back to Hoole: Gaff said that when she jogs through on Nov. 1 of each year, she notices that someone has left a Halloween candle at the stone.

Flynn said park officials were unaware of any ongoing Halloween tributes there.

“And as you can imagine,” she said, “we don’t really want to encourage people to leave lit candles in the park.”

Moses Riney died 100 years ago after living his life in St. Mary, save for the Civil War battles he fought elsewhere with the U.S. Colored Troops.

The USA Today poll notes that the park is nearly a third larger than New York City's Central Park, and then goes on to salute its recreation focus.

Michelle Li will hit town in April after leaving the Pacific Northwest, where she had been a morning anchor at KING in Seattle.

Fourteen STL media professional were recognized Saturday for 'dedicating their career to educating, informing and empowering our community."

Brown takes job once held by Kevin Steincross, who left the station in 2019 after using a slur in pronouncing the Rev. Martin Luther King Jr.’s name.

St. Louis in lower half of 'hardest-working' cities

Good news: Our city's No. 65 ranking is better than last year's rank of No. 76, which was better than our No. 80 finish two years ago.

Clayton High grad Sara Greenwood has been named an LEED Fellow by Green Business Certification Inc. for her work in energy and environmental design.