Illinois corruption explained: the capital is too far from Chicago
0 comments
Share this
{{featured_button_text}}
1 of 3 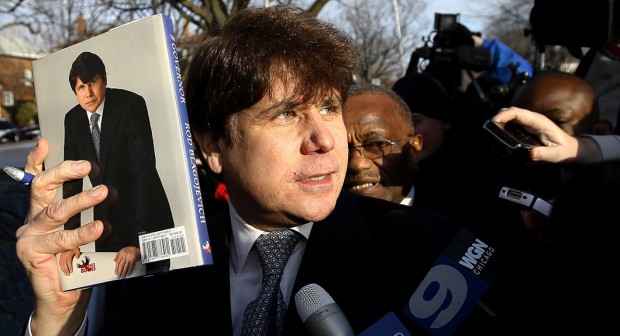 Former Illinois Gov. Rod Blagojevich returns his book that he signed for a supporter as he returns home in Chicago, Wednesday, Dec. 7, 2011, after he was sentenced by Judge James Zagel to 14 years in prison for his convictions on 18 corruption counts, including trying to to auction off President Barack Obama's old Senate seat. (AP Photo/Charles Rex Arbogast) 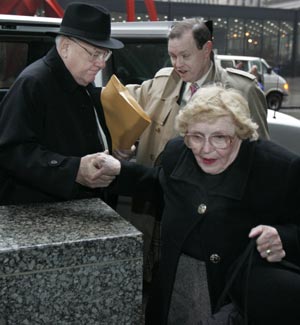 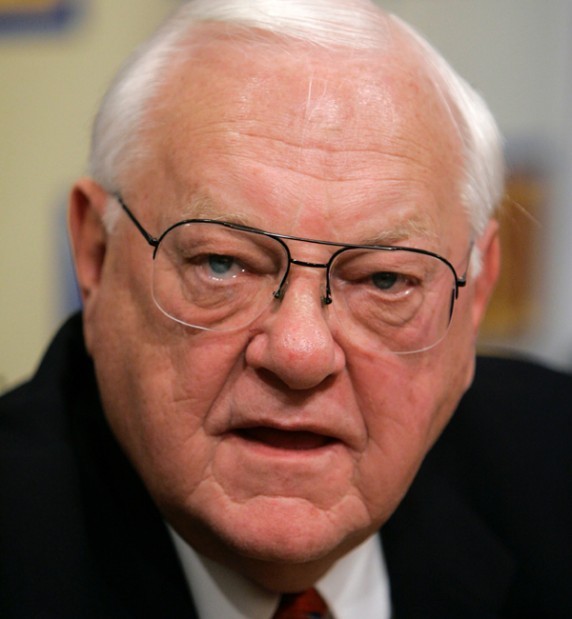 Somebody was bound to conduct a study.

Illinois, which has tried to keep a low profile by having no more than one ex-governor in prison at a time, finds itself with two. Inevitably, such a thing attracts the attention of academic types determined to find out why.

Now — about four months after ex-Gov. Rod Blagojevich checked into a federal prison in Colorado and 11 1/2 months before ex-Gov. George Ryan is due to check out of one in Indiana — an answer already has arrived. Or at least has been proposed.

The problem, it seems, may be that the state capital is in Springfield while most of the people live around Chicago.

That's what two professors concluded, anyway, after drawing a correlation between public corruption and the distance between the seat of government and the bulk of population.

If I get their gist, the researchers decided that elected officials exhibit a frailty in common with a lot of other humans: the farther they travel from home, the more they get into trouble.

The study's corruption conclusion, by the way, was not limited to Illinois. The authors cited Albany, N.Y., as another example, Baton Rouge, La., and even Pierre, S.D.

In a so-called "isolated capital city," they suggest, constituents pay less attention and the news reporters are less aggressive about politics.

Rarely have I encountered a scholarly conclusion that was more at odds with my common sense.

I mean no offense to the authors, Filipe Campante of Harvard's John F. Kennedy School of Government and Quoc-Anh Do of Singapore Management University. But that's Harvard, as in Massachusetts, and Singapore, as in Asia. Just as salesmen complained in song about Professor Harold Hill in "The Music Man," they don't know the territory.

Now, I don't know the territory either, in New York, Louisiana or South Dakoka. But I have some familiarity with Illinois.

Let's begin with the shaky premise that Springfield is, in fact, the state capital.

Oh, I know that's what the maps say. And there is a tall building with a rotunda in the middle of town. But if you're actually trying to find the people making things happen, the state's Thompson Center on Randolph Street in the Chicago Loop is a more likely place. Everybody who's anybody in Illinois government has an office in Chicago, too, and a reason to be there whenever they can.

That's because within the Chicago TV market are the homes of the governor, attorney general, secretary of state, comptroller, treasurer, House speaker, Senate president and minority leaders of both chambers.

Think back to when Blagojevich's legal troubles put him on TV almost constantly. Remember the videos of him outside his house in Chicago? Did you ever see one of him outside the Executive Mansion in Springfield? Of course not. He didn't live there.

Two months ago, a report by WCIA-TV, in Champaign, said that Gov. Pat Quinn's official schedule put him in Springfield only 68 days and 40 nights for a whole year beginning in March 2011. Surprised? You shouldn't be.

Springfield is where the General Assembly meets and where a lot of the bureaucrats work. But in the reality of Illinois politics, it shares de facto capital status with Chicago.

That brings me to news coverage. Chicago reporters, many of whom I've known personally, prefer their state and local politicians roasted. If you haven't read the papers or watched the TV there, you'd have a hard time imagining how aggressively government stories are reported there.

Politics is a hardball game in the Windy City, covered with the same verve as anything that happens at Wrigley Field or Comiskey Park. Many Chicagoans grow up thinking of governance as another major sport to watch. No kidding.

Does the study matter? Illinois seems rather unlikely to move its official capital to Chicago, or its population base to Springfield.

Then I thought of Blagojevich, whose audacity in trying to sell the powers of office was matched only by his lack of remorse (at least until sentencing, when contrition matters). Perhaps he could make an "isolated capital" defense in an appeal, as in: "I could have resisted temptation if only the Statehouse I seldom visited in Springfield were closer to Chicago, where I already lived."

Former Illinois Gov. Rod Blagojevich returns his book that he signed for a supporter as he returns home in Chicago, Wednesday, Dec. 7, 2011, after he was sentenced by Judge James Zagel to 14 years in prison for his convictions on 18 corruption counts, including trying to to auction off President Barack Obama's old Senate seat. (AP Photo/Charles Rex Arbogast)