Your daily 6: Health experts vs. Trump in open battle, bodies found in bag and missing: mayor of Seoul and 'Glee' star

Messenger: A wicked stew brews in our divided nation
0 comments
Share this
Subscribe for $3 for 3 months
1 of 3 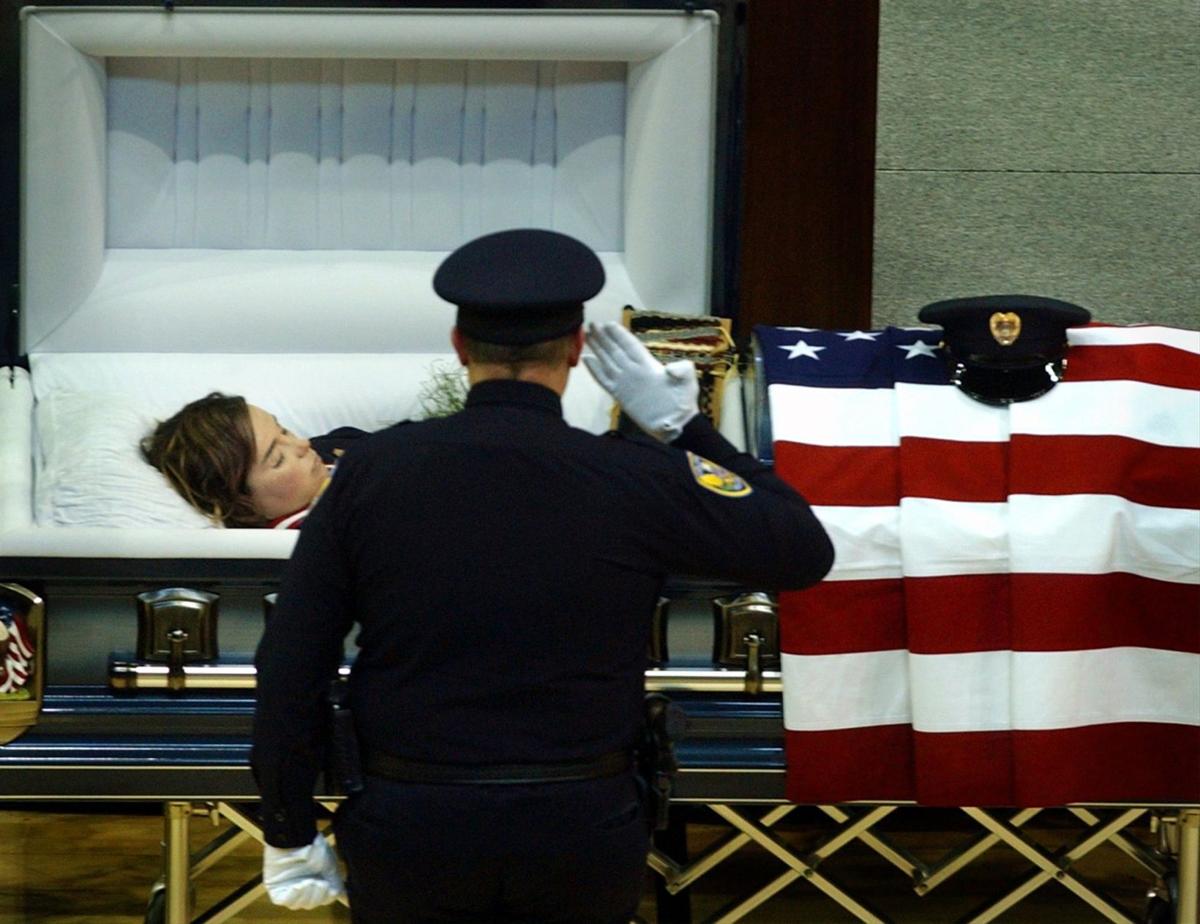 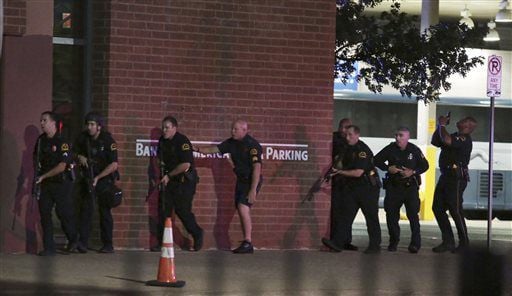 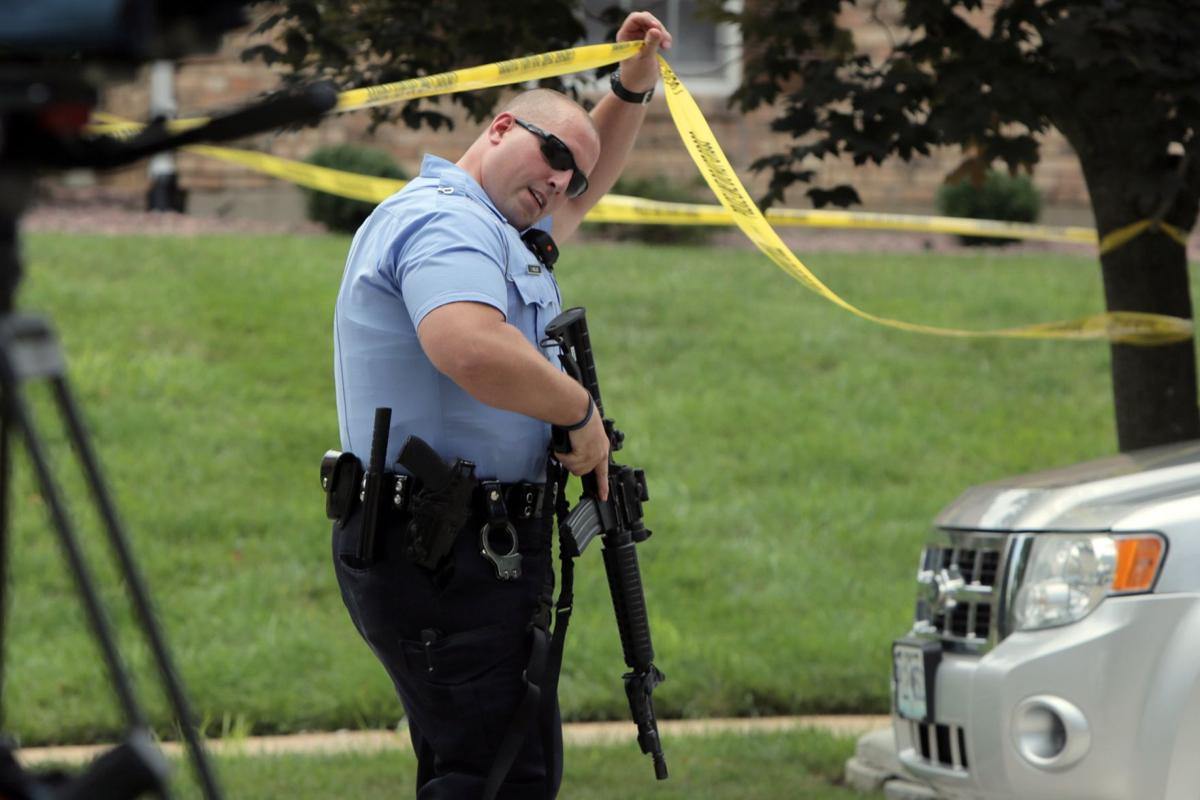 Police secure the scene and the suspect's vehicle in the 800 block of Burgundy Lane in Manchester after a Ballwin officer was shot on Friday, July 8, 2016. Photo by Huy Mach, hmach@post-dispatch.com

My daughter was a senior in college the year Molly Bowden was ambushed.

It was a simple traffic stop on a tree-lined residential street five minutes from where I lived in College Town, USA.

She pulled over a college kid who had a history of run-ins with the law.

He handed Bowden his driver’s license. Then he grabbed a gun and shot her.

Bowden tried to retreat to her police cruiser, but the killer got out and shot her again and again.

She died a month later.

Three months after that, my daughter graduated with a criminal justice degree.

Two years younger than Bowden, she started down the path to where she is now: a smart, beautiful, tough-as-nails cop.

“No words,” she texted me Friday morning after a sick killer ambushed Dallas police officers who were protecting protesters marching to draw attention to recent killings of black men by other cops.

There was Alton Sterling, killed by Baton Rouge police while being pinned down in a position where he could seemingly do no harm. He was selling compact discs. He had a gun.

There was Philando Castile, shot while still in his car after a traffic stop near St. Paul, Minn. He told police he had a legally registered gun. He reached for his driver’s license and was shot dead. He had been pulled over for having a broken tail light.

Then Dallas happened. A sniper targeted and killed five police officers. Seven others were shot.

A couple of hours after I texted with my daughter, a police officer in Ballwin was shot in a traffic stop minutes from where I live in West County. Minus a racial component, it was eerily similar to the incident that led to Bowden’s death.

The work of police is dangerous stuff. Often, it’s the simplest things — serving a warrant, making a traffic stop, responding to a domestic violence call — that provide the most danger.

On Friday morning, after the five Dallas cops had been killed and moments before the Ballwin officer was shot, St. Louis police Officer Don Re described the feelings police have in the moment before a traffic stop:

“The ‘simplest’ things we do in the eyes of the public are not so simple as they may seem,” Re wrote on his blog. “To many people, writing a traffic ticket is a job we could give to any idiot or chimpanzee willing to do it. Many have no clue that the 15- or 20-yard walk from the door of a patrol car to the window of a traffic violator are some of the scariest steps officers take, day or night. I’ve walked that walk countless times, and it’s no less harrowing today than it was 17 years ago. To see the driver’s eyes following you in the rear view mirror, and then in the side mirror can be chilling. Is it really just a traffic violation? Does the driver have warrants? Has the driver just robbed a bank or killed his family? Did I kiss my wife and kids before work today?”

Molly Bowden left behind a husband and two children.

Philando Castile and Alton Sterling had families, too.

So did the murdered Dallas police officers.

Mourning their deaths — and praying for the Ballwin officer to survive — should not be an either/or situation.

For too many in America, though, that seems to be the case.

A wicked stew brews in our divided nation.

Too many guns. Too much anger. Too much division.

Lines are drawn between black and white, between Republican and Democrat. Conclusions are divined in real time on social media, and demons are sought before the facts can even be gathered.

In the social media world, conclusions are easy.

The truth, like that walk a police officer makes from his car to a driver’s side window, isn’t so simple.

Nearly two years after the death of 18-year-old Michael Brown on the streets of Ferguson, the St. Louis region is still deciphering and learning the lessons that historic event taught us. We’re still reeling from the racial wounds it opened up.

Police believe that better training and recruiting is part of the solution to improving their fractured relationship with communities of color. There is a healthy debate over the proper use of deadly force.

Re, the St. Louis cop, is part of those discussions, teaching police recruits that sometimes walking away from a conflict is the best course of action.

So is my daughter, who these days is in charge of recruiting for her department, where, like in St. Louis, numbers are down and diversity is the goal.

“Incidents like Dallas and Ballwin certainly don’t make it easier for me to find people that actually want to do this,” she told me.

Perhaps more than ever before, though, a mourning nation needs brave souls willing to serve and protect a country seemingly at war with itself.

Ballwin officer 'fighting for his life' after shooting; suspect charged

The officer was shot in the neck; a suspect was in custody

Police secure the scene and the suspect's vehicle in the 800 block of Burgundy Lane in Manchester after a Ballwin officer was shot on Friday, July 8, 2016. Photo by Huy Mach, hmach@post-dispatch.com