‘Asking for the public to pray’: One St. Louis police officer critically injured, second hurt after shooting in Ferguson

In some neighborhoods in St. Louis, the pop, pop, pop of guns blasting is the rhythm beneath the soundtrack of the city.

Sit on a back porch on a cool fall evening south of Cherokee Street or north of Cass Avenue, and the gunfire — often fast, and nearly always furious — is the white noise in the background, often just distant enough not to cause a momentary flinch to those who hear it.

“There is so much gunfire in St. Louis,” said Alderman Antonio French of the city’s 21st Ward, “that people don’t even call 911 anymore.”

Were it not for a technology called ShotSpotter that is used in the city’s most violence-plagued neighborhoods, that might be a problem for police. Since 2008, the city’s police department has used the ShotSpotter technology to pinpoint gunshots when they happen, providing dispatchers and police nearly instant information so they can react quickly and find victims, collect evidence, and stop crimes before they escalate.

Nearly all of the nation’s largest cities use the technology in key neighborhoods as a crime-fighting tool.

But for the past three months, the place often identified as the most dangerous city in America hasn’t been one of them.

Since early August, the St. Louis Police Department has had what Chief Sam Dotson terms “limited use” of the ShotSpotter technology because the city’s contract with SST Inc. ended in July.

The situation has frustrated members of the police force who have come to rely on ShotSpotter to help them quickly identify crime scenes.

“Sometimes we can locate victims of shootings with just ShotSpotter,” said Sgt. Heather Taylor, a night watch homicide sergeant who is also president of the Ethical Society of Police, an organization made up mostly of black police officers that has been critical of Dotson’s leadership. She said police were advised by administrators that ShotSpotter wasn’t working because “the bill hadn’t been paid.”

Since the system has been down, police officers brought their complaints to their local aldermen, including French on the north side, and the south side’s Alderman Cara Spencer of the 20th Ward, both of whom live in neighborhoods where gunfire is a nearly nightly occurrence.

“There’s been no communication about the system being down,” said French, the vice chairman of the board’s public safety committee.

Asked about the condition of the ShotSpotter technology, the office of Mayor Francis Slay referred questions to the police chief.

On Wednesday, Dotson confirmed the system has been available for only “limited use” since August.

While the ShotSpotter system wasn’t available for “real-time” use, he said officers could still get forensic data out of the program to help with investigations. Dotson said the problem was that “money was cut out of the budget,” but that he expected the “contract will be resolved this week.”

But that’s not how things work in many of the neighborhoods that need the system most.

“Unfortunately, not everyone calls the police when they hear gunshots,” Taylor said.

That’s definitely the case in the Gravois Park and Dutchtown neighborhoods in Spencer’s ward, she said. And while some people do call, they often do so in their homes, away from the windows, so their descriptions of what they hear and where they heard it are nearly always less accurate than ShotSpotter, which has embedded microphones that can pinpoint gunfire to within a few feet.

“Residents and police in our neighborhoods have come to rely on the ShotSpotter information,” Spencer said. It can also help public officials identify nuisance properties in a neighborhood, she said, and pressure landlords to clean up their act or get rid of tenants causing trouble.

“It’s a crucial part of triangulating ongoing activities in a neighborhood,” Spencer said.

Police officials nationwide have praised ShotSpotter as a key crime-fighting tool in a high-tech world. So has Dotson. Last year, in opening the city’s Real Time Crime Center, which includes the use of ShotSpotter and a series of cameras providing up-to-date information to analysts, Dotson said:

“Today is a great day for law enforcement and a bad day for criminals in the city of St. Louis.”

So is the opposite true during the three months ShotSpotter wasn’t fully functioning?

“Absolutely,” said Spencer, who said there is “no doubt in my mind” that the technology keeps the city safer.

French would like to see its use expanded to more neighborhoods, and coordinated more fully with the city’s network of cameras.

French, who like Dotson has announced his intention to run for mayor in 2017, disputes the chief’s contention that there was a budget problem related to ShotSpotter.

“The money is there,” French said. “It’s just a matter of the police department paying the bill.”

In 2014, there were more than 280,000 police calls for service in the city of St. Louis. A call for service originates when someone calls 911 or a non-emergency or information line, or when an officer on scene reports an incident.

Citywide, by far the most common calls are for reporting disturbances or suspicious persons, but there are also thousands of calls each year related to gunshots and shootings. Using city police data, these charts and maps take a look at gunfire in St. Louis.

The vast majority (about 88 percent) of calls factored into the below gunshot graphics are classified as “shots fired” – and are not an indication that someone was shot or even fired at. The call typically stems from someone calling 911 after hearing or seeing gunfire. A “shooting” call indicates it’s possible someone was shot.

Because there are often multiple calls for the same event, calls are sometimes folded into another event to limit duplication. That being said, the final tally of calls still likely exceeds the number of specific incidents (and suspected incidents) reported. Additionally, someone calling 911 to report gunshots might not know precisely where gunfire took place, so the address or intersection listed in calls for service records might be different from the exact location where shots were fired. A small number of calls are not included in the maps because of incomplete address information.

Shots fired and shootings in 2014

This map excludes calls for service are generated by ShotSpotter, a system that uses microphones in several city neighborhoods to detect the location of gunfire and notify police. As the below map shows, most areas of the city are not covered by ShotSpotter. Both maps do not account for celebratory gunfire on New Year's Eve.

The below map shows instances of gunfire detected by ShotSpotter in the city neighborhoods in which the system is installed. Zoom in for a closer look.

Note: If there are more than five seconds between shots, ShotSpotter will log multiple instances of gunfire. Many ShotSpotter calls are reclassified as “shooting” or “shots fired” or are folded into another call for the same incident, and are not included in this map. Read more about ShotSpotter here. 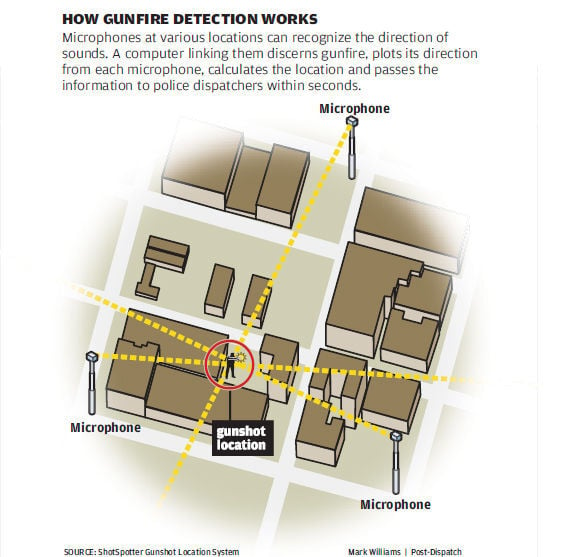 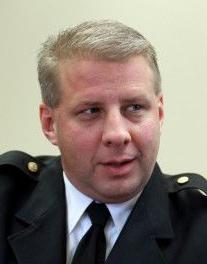 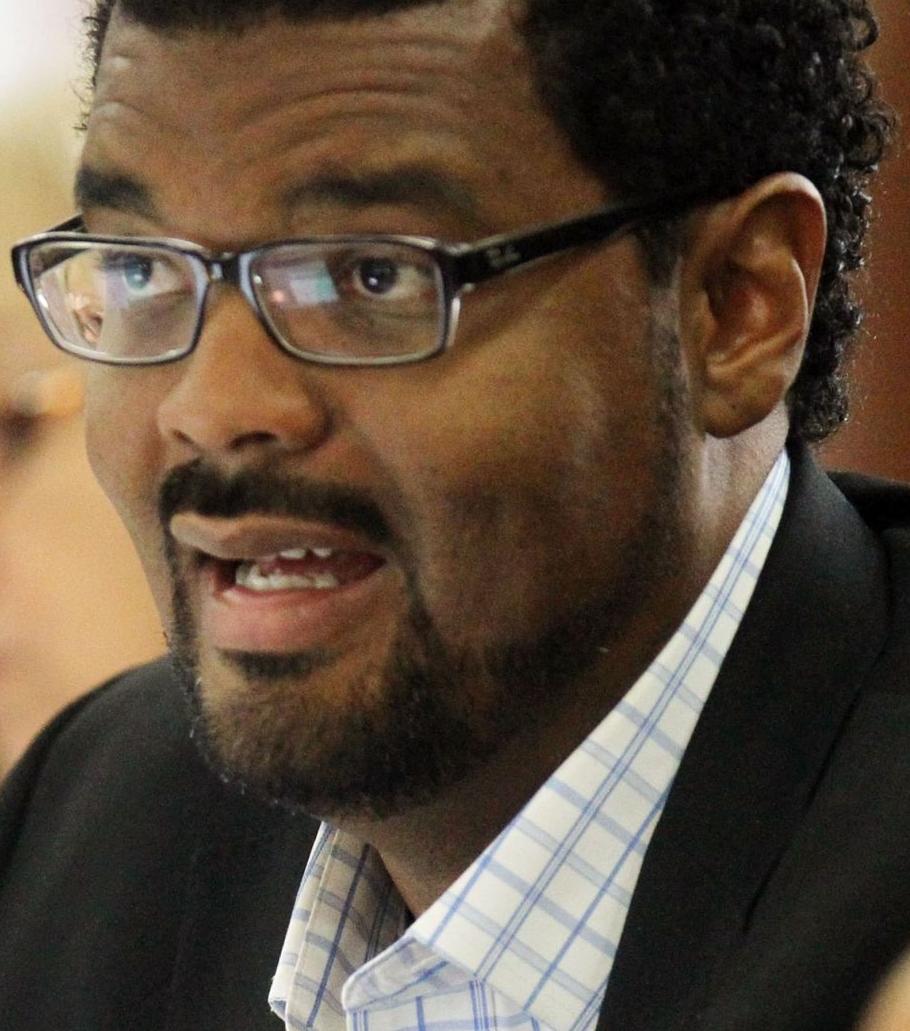 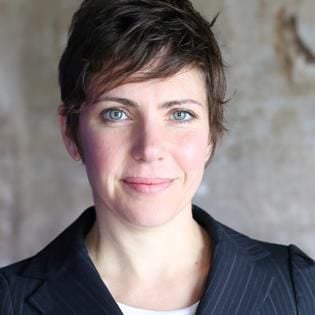