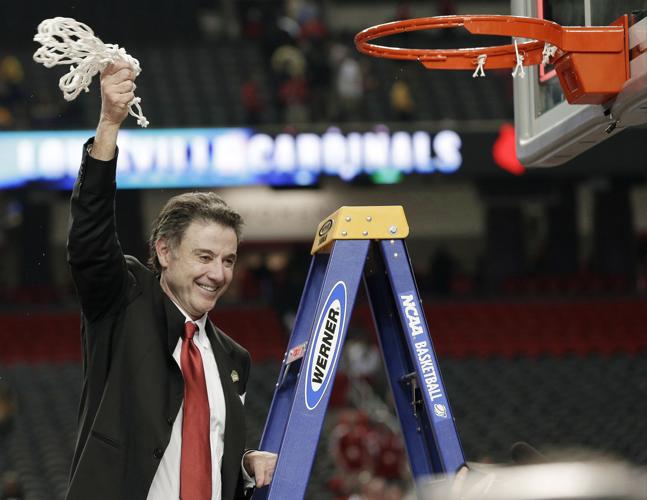 Coach Rick Pitino and his team from Iona will play at Chaifetz Arena on Saturday against St. Louis University in a game added to the schedule Friday. (AP Photo/David J. Phillip) 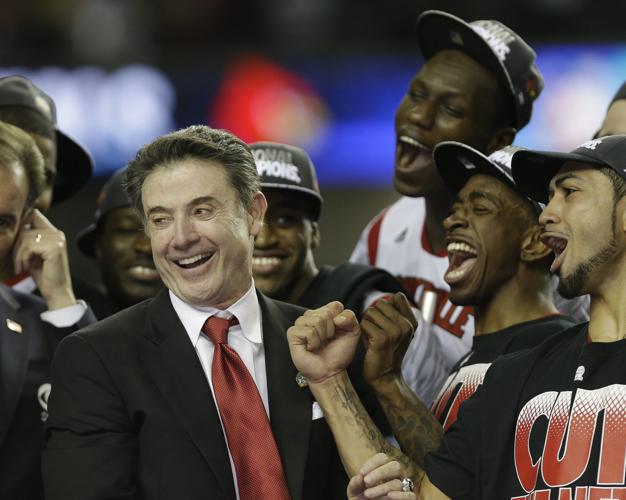 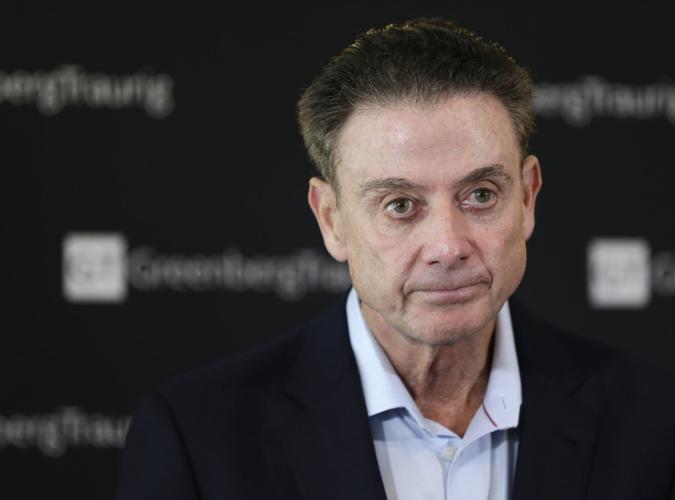 Former Louisville basketball coach Rick Pitino talks to reporters during a news conference in New York, Wednesday, Feb. 21, 2018. Pitino held the news conference in the wake of an NCAA decision in a sex scandal case that strips the Cardinals program of 123 victories, a national championship and $600,000 in post-season revenue. (AP Photo/Seth Wenig)

The former star University of Missouri basketball player was living in a rental home in Columbia, having returned after his professional basketball career ended. A mutual friend put out a call for used furniture.

I had a couch.

After moving the couch into the house, I noticed an old Mercedes in the driveway. It had seen better days, but in its heyday, the convertible would turn eyes driving down the streets of College Town USA.

It was years ago, and the anecdote offers a bit of a prism into how one views college athletics. Was it the gracious efforts of a friend helping a young man far from home, or a symbol of something more sinister?

I think of that story every time another NCAA basketball scandal emerges.

It’s no secret — and never really has been — that the boosters who hang around the top college basketball programs in the land find a way to shower the best players with a little walking around cash. Maybe it’s the summer job that isn’t really a job. The new car that they are just driving to the car wash as a favor. The sudden employment for a relative.

For sports fans — and I am one — the game is viewed with one eye open and one firmly shut.

So when Louisville and its national championship coach Rick Pitino became the poster-child for NCAA greed in the latest scandal, this one involving the FBI, we condemn in the strongest terms.

He’s dirty. So is Arizona and Sean Miller. Fire him. Ban those players who got caught up and apparently met with the guy who might help connect certain players to certain shoe contracts or NBA agents. Kevin Knox in Kentucky? Why is he still on the court?

Never mind that he almost ended up at Missouri, where he was pitched to play next to Michael Porter Jr., whose dad was hired, legally, of course, as one of the highest paid assistants in the program’s history.

That was all on the up and up, you see. Sure hope Porter gets on the floor for the NCAA tournament, we’ll say. We’ve got a real chance, if only some of those other players from Duke and North Carolina and USC and Alabama are suspended for the tournament.

Dirt and shame, it seems is in the eye of the beholder.

This current investigation into the NCAA by the FBI has the feel of something different. It snags so many teams and players and coaches, and seems to target the very root of the recruiting circuit involving the best players and the AAU programs that raise them from middle school and high school age. Some sports commentators are talking about blowing the whole thing up.

And maybe that’s what should happen.

It was just a few years ago, when Northwestern football players tried to unionize, that there was a round of stories about paying the NCAA college players who make their coaches and schools millions of dollars. Former Missouri state Treasurer Sarah Steelman wrote a paper with economist Tom Kruckemeyer arguing for paying college players in a more honest, free market system in which the players were paid a stipend worth much more than their scholarship but closer to their actual value and that the “league” be operated in conjunction with the NBA or NFL. College basketball players are worth more than $500,000 to their institutions, the two economists found. On average. The Michael Porters of the world? They are worth significantly more. Pay them above board, the economists argued, and the under-the-table stench of the NCAA’s current system disappears.

Maybe this scandal will bring change.

Or maybe another season of March Madness will erase short memories once again and the cycle of corruption will return.

A couple of years ago, the Missouri basketball program was rocked by its own scandals. First the school lost some scholarships and was given a tournament ban because a booster “hired” some players for phantom jobs. The program appeared dead for a couple of years until a new coach and stable of star players revived it. Most recently, a former MU employee alleged fraud in the school’s athlete-tutor program. That investigation is ongoing.

The head of the academic program at the time was the wife of Derrick Chievous. It’s probably harmless coincidence. But in the NCAA, it seems, history repeats itself, like a once-new Mercedes driving around the block over and over again, reminding us that money and college sports go hand in hand.

Messenger: Teen’s death reminds us of how divided, and connected, we are in St. Louis

Fleeing violence is difficult, whether in the city or another country.

Decision to strip voting rights could affect many people in Phelps County, Missouri, who have guardianship orders.

Federal corruption charges have hit St. Louis city and county officials, and three aldermen have resigned. Mayor Tishaura Jones says those are just the ‘tip of the iceberg.’

Messenger: From bribery to video gaming, a tale of two gas stations in Missouri

Messenger: In Missouri politics, justice is in the eye of the beholder.

Coach Rick Pitino and his team from Iona will play at Chaifetz Arena on Saturday against St. Louis University in a game added to the schedule Friday. (AP Photo/David J. Phillip)

Former Louisville basketball coach Rick Pitino talks to reporters during a news conference in New York, Wednesday, Feb. 21, 2018. Pitino held the news conference in the wake of an NCAA decision in a sex scandal case that strips the Cardinals program of 123 victories, a national championship and $600,000 in post-season revenue. (AP Photo/Seth Wenig)