Ask lobbyist Mark Habbas about the people supporting the ballot initiative he’s pushing to make medical marijuana legal in Missouri and he hems and haws.

Push some more, and Habbas, the spokesman for the effort, offers a variant of the same answer.

“It’s people who are passionate about the medical marijuana movement.”

It may have something to do with who is behind the initiative, their connections to one powerful politician, and their apparent plans to profit if the initiative ever becomes law. Two of the top officers with the Missourians for Patient Care initiative have received lucrative land deals or contracts with boards controlled by St. Louis County Executive Steve Stenger. The businessmen are big donors to Stenger’s campaign, and at least two of the county deals appear to have a connection to the marijuana business. The initiative, if passed, would grant Stenger wide powers to determine who gets the potentially lucrative licenses to distribute and sell medicinal marijuana.

Habbas would not reveal board members of the nonprofit group that is funding the medicinal marijuana effort, but the initiative’s strategic plan, which has been given to some donors, lists all of them. The Post-Dispatch has obtained a copy of the plan.

The group’s president is John Rallo, a St. Louis businessman who has dabbled in insurance, nightclubs and the construction business for which his family name is most known. The vice president is Michael Kielty, a lawyer who was formerly involved with a different proposal to legalize medicinal marijuana, New Approach Missouri. The secretary is Corey Christanell, a former Anheuser-Busch executive, and the treasurer is former state Rep. Mike Colona, D-St. Louis, a lawyer who doubles as the treasurer of the political action committee by the same name as the nonprofit.

Of the three groups seeking to legalize medicinal marijuana in Missouri, only Missourians for Patient Care is shrouded in secrecy. The lack of transparency isn’t a bug, it’s a feature, built right into the material shared with potential donors. “No donor disclosure required,” reads part of the group’s strategic plan.

To date, the Missourians for Patient Care political action committee shows $117,000 in donations, all of them from the nonprofit with the same name. It is a common scheme used to conceal donor identities. Donors give to a 501(c)(4) nonprofit that doesn’t have to file campaign reports. The nonprofit then gives to the political action committee. In this case, the deceit goes a step further. The nonprofit recorded the gifts as “in-kind” donations, which means that the nonprofit is also paying all the expenses. That means it’s impossible for voters to know who is funding Missourians for Patient Care or how it is spending its money.

Habbas argues the secrecy is necessary. Despite the fact that 29 states have approved medical marijuana and others — including Colorado and Washington — have legalized recreational use, Habbas says donors are skittish. The other major medical marijuana initiatives are filing campaign reports naming their donors.

“We set it up that way because most people who are supporters of it don’t want to be known,” Habbas says. “They just want to keep their donations private.”

Three times in the past two years, Rallo has been involved in receiving sweetheart deals from St. Louis County boards appointed by or otherwise controlled by Stenger. In two of those deals, Christanell was involved. Together, the two men have given Stenger about $40,000 between their various business entities, which include companies that appear to have a connection to the marijuana industry. Both Christanell’s 3Gems Nutrition, and Rallo’s B&B Packaging Group, promote a product called “Heavy Boost,” which various recreational-pot-related publications say enhances marijuana growth.

Last year, the St. Louis Economic Development Partnership that is run by Stenger ally Sheila Sweeney executed a nearly $500,000 loan to an investment group involving Rallo and Christanell for a building the duo own on North Warson Road. The primary tenant of that building is a hydroponic business.

Later that year, the two men were part of an investment group given a massively under-market deal by the St. Louis County Land Clearance for Redevelopment Authority for two properties in the Wellston area which, one of the investors said, could be used for a “distribution” facility.

And in 2016, the St. Louis Port Authority, also run by Sweeney, approved a marketing contract with a Rallo company worth about $130,000 for improving national perceptions of the Ferguson area. As the Post-Dispatch’s Jacob Barker reported Monday, about the only evidence of any work on the contract was an opinion piece written for an NBC News website by TV personality Montel Williams, who misspelled Stenger’s name in the commentary.

What does this have to do with medical marijuana?

That’s the business Williams is in. His company, Lenitiv Labs, lists Jonathan Franks as the company’s vice president for communications. Franks’ public relations company was referenced as a “national partner” in Rallo’s bid for the Port Authority’s marketing contract.

Three years ago, Habbas was walking Williams around the Missouri Capitol introducing him to lawmakers as he pushed a bill to legalize medical marijuana that bears a striking resemblance to the one he’s now pushing for the ballot. “I met Montel through a friend of his,” Habbas said. “John Rallo.”

Habbas, too, has a connection to Stenger. When the lobbyist in 2013 set up his own lobbying company, Habbas & Associates, it was Stenger, an attorney, who filed the paperwork with the secretary of state’s office. Stenger is still listed as the registered agent of Habbas’ company.

Most of the people involved with Missourians for Patient Care declined interviews. Lobbyists Steve Tilley and Travis Brown, both involved in the initiative, did not return calls. Neither did Colona, Rallo nor Christanell. Tilley is the former speaker of the Missouri House. Habbas used to work for his company. Brown is the founder of Pelopidas Inc., the firm that does most of wealthy financier Rex Sinquefield’s political work. The initiative lists the address and phone number of one of Brown’s companies on its campaign finance reports, and he appears on a video promoting the initiative.

Stenger also declined to comment, but he issued a written statement through a spokesman:

“While I know John Rallo, Corey Christanell and Mark Habbas,” Stenger said, “I have no connection to the Missourians for Patient Care organization or to any effort related to medical marijuana.”

If the proposal becomes law, Stenger will be plenty connected.

Besides secrecy, the Missourians for Patient Care proposal has two elements that separates it from the other competing proposals: The proposal creates a local licensing authority, so that county executives and mayors will have power over choosing who receives licenses for marijuana dispensaries and distribution facilities. And it limits those licenses to about 1 per 100,000 population, so that those who obtain them can ice out the competition and increase profits.

Rallo and Christanell have already shown they know how to navigate the various boards controlled by Stenger to their advantage. Habbas appears poised to get in on the deal, too. In October, he created a limited liability company called IV ALIVE, whose purpose is to “buy and sell any products legal in the state of Missouri and to provide any and all services legally available in the state of Missouri.” One of his partners in the business faced felony drug charges in 2015 after Wentzville police found “several Mason jars of marijuana and some marijuana that was growing inside the house.” The charges were dropped on a deferred prosecution.

The attorney who filed the paperwork for Habbas’ new venture? The treasurer for Missourians for Patient Care, Mike Colona.

Veteran is put out in front of Missourians for Patient Care proposal. But her story doesn't add up.

Messenger: St. Louis leaders rediscover the power of the port, but choppy waters are ahead

Local governments seek to tap powers of port authorities without having to answer to the public.

Messenger: Missouri leaves taxpayers in a smoky haze when it comes to marijuana licenses

Connections to sweet land deals and fledgling marijuana business appear to attract attention of the feds.

Messenger: A steak dinner gave birth to bribery scheme that felled Steve Stenger and his friends 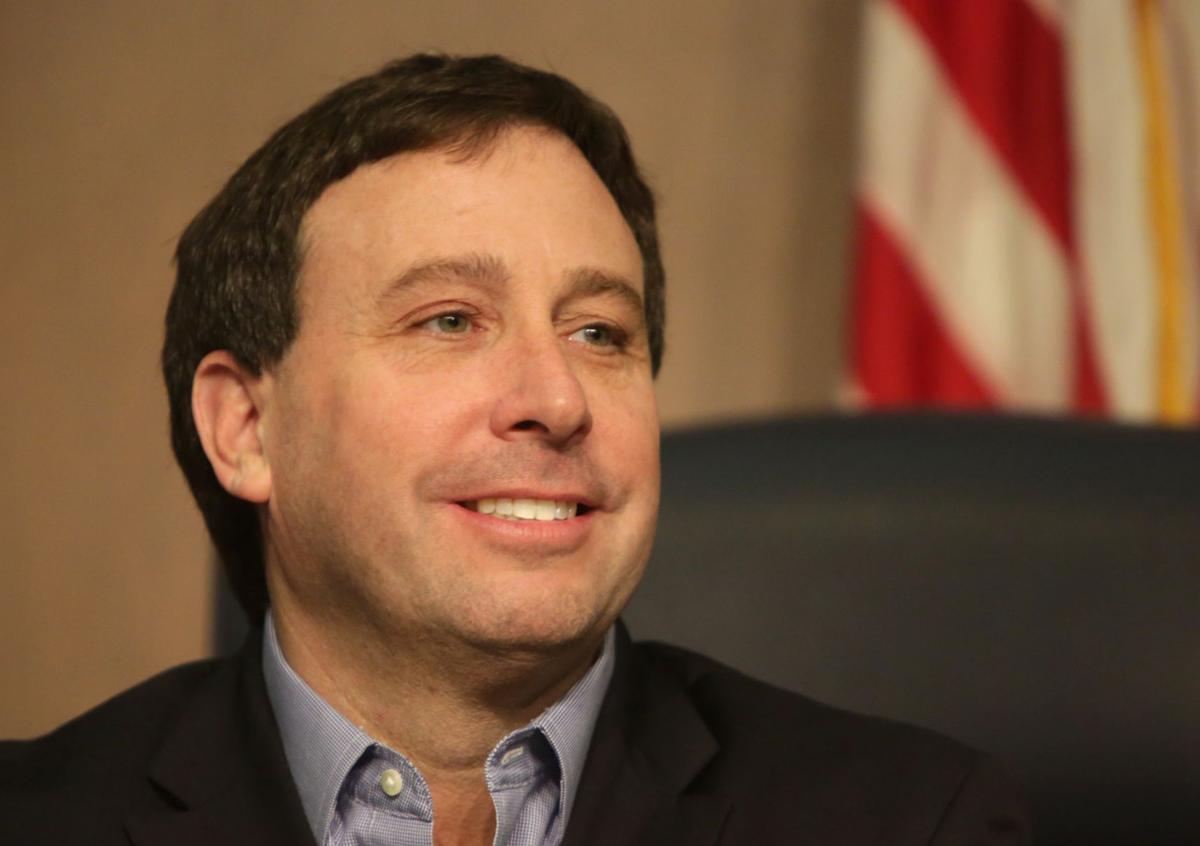 St. Louis County Executive Steve Stenger said he knows John Rallo “from the business community” and that “the Post-Dispatch narrative concerning my campaign contributions is misleading and tiresome.” Photo by Laurie Skrivan, lskrivan@post-dispatch.com 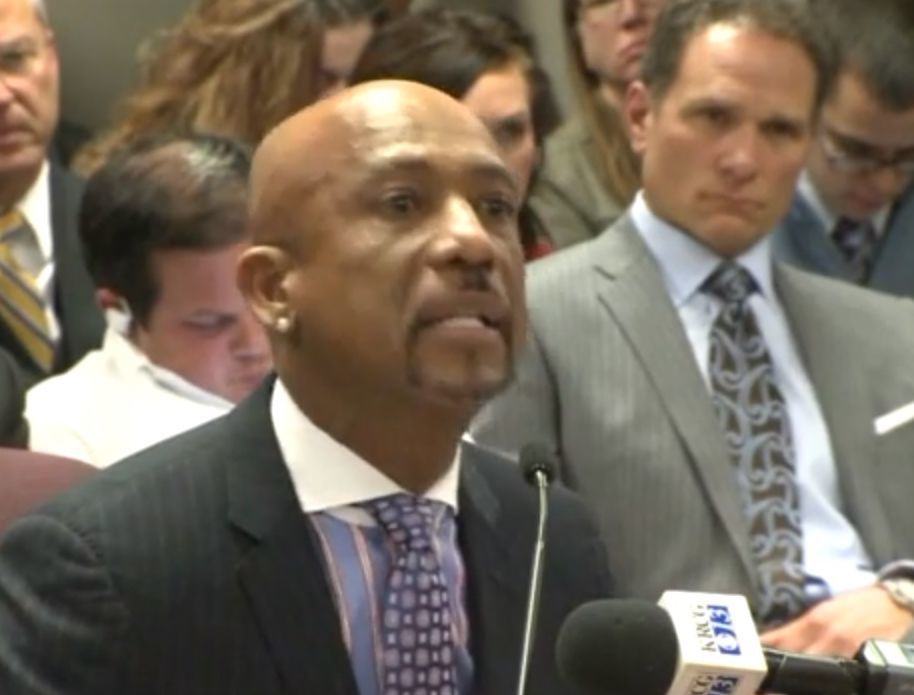 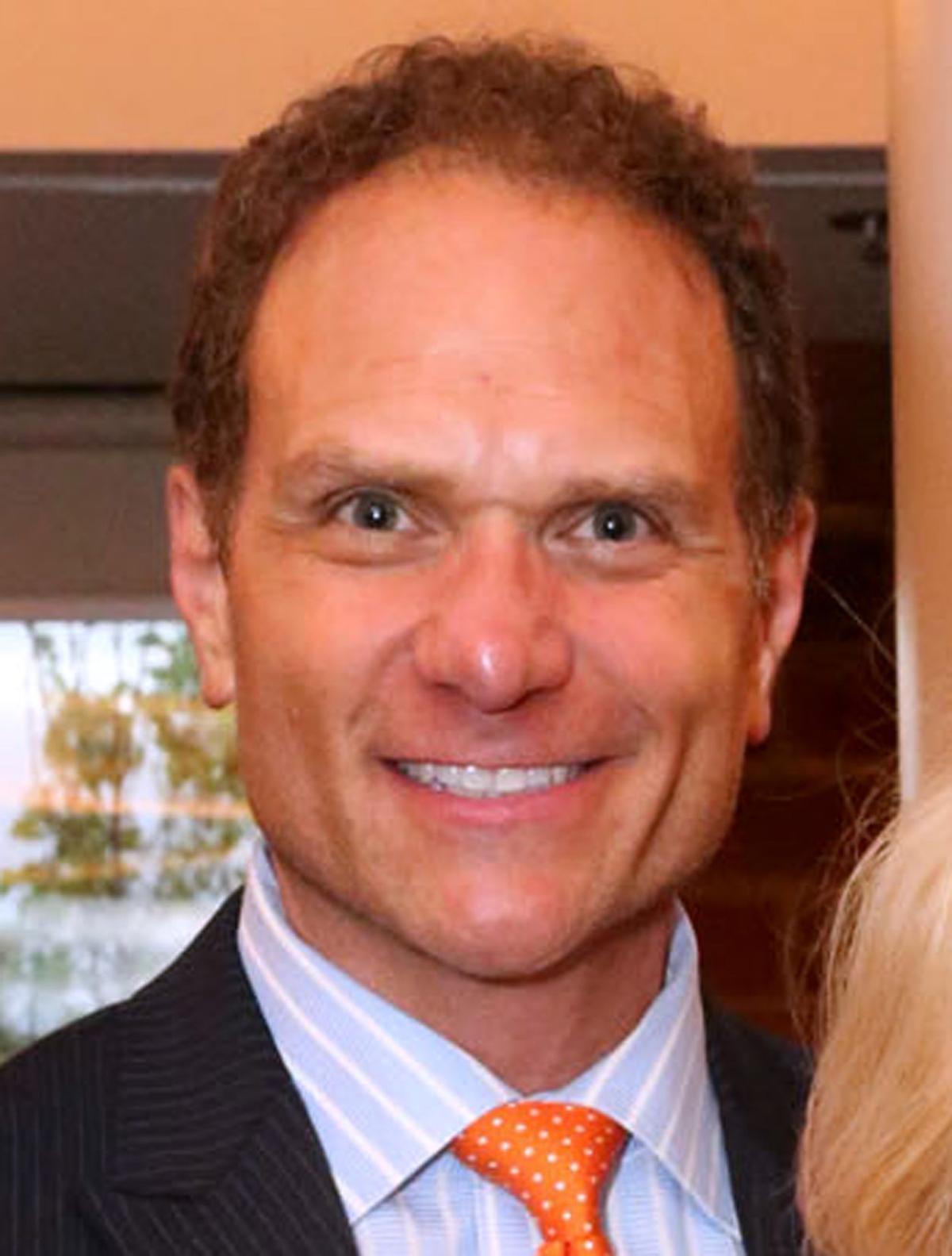