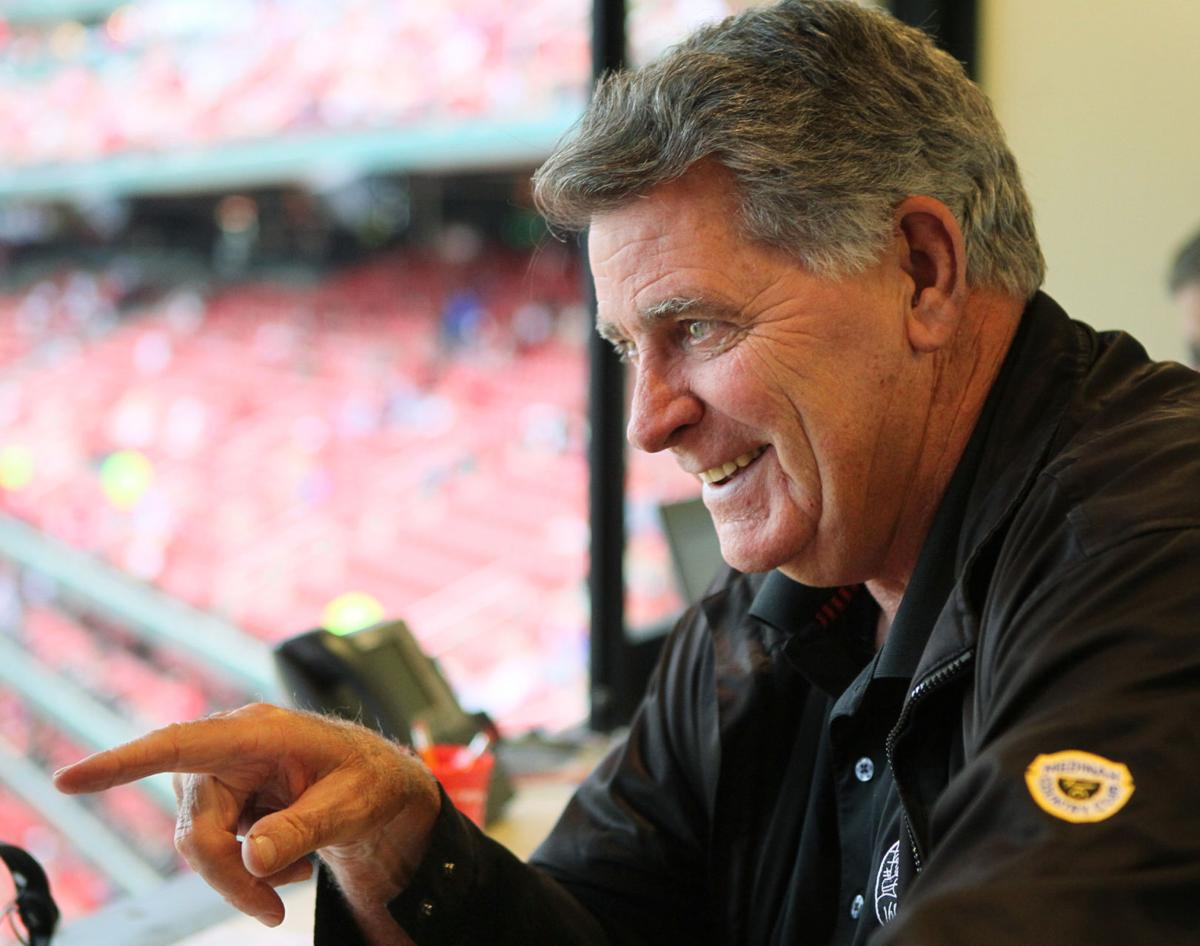 KMOX broadcaster Mike Shannon before a game between the St. Louis Cardinals and the Chicago Cubs on Friday, Aug. 9, 2013, at Busch Stadium in St. Louis. Photo by Chris Lee, clee@post-dispatch.com 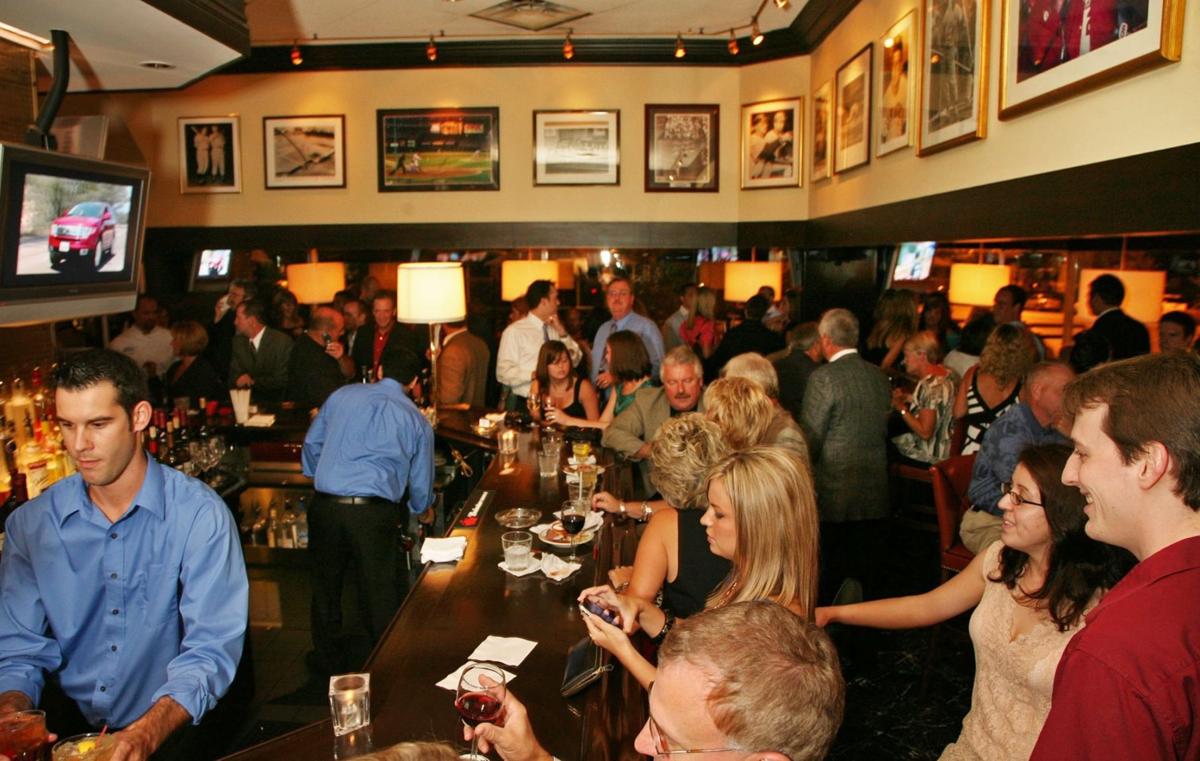 Celebrating the 40th anniversary of the 1968 World Series season of Cardinal legend Bob Gibson, a party was thrown in his honor Friday, Sept. 12, 2008, at Mike Shannon's Steak and Seafood in downtown St. Louis.

Mike Shannon has given his life to the St. Louis Cardinals.

Now, he’d like the organization that has been his employer for most of his adult life to get out of his way. Shannon owns the building at 620 Market Street that used to house his restaurant, once one of the most popular hangouts before and after Cardinals baseball games at Busch Stadium, which sits just to the south.

In January, Shannon closed his restaurant. Unlike some other restaurant owners in town who had experienced similarly timed closings, he didn’t blame Ballpark Village, the heavily subsidized entertainment and retail establishment adjacent to Busch that is owned by the Cardinals and the Baltimore-based Cordish Cos.

“Everybody wants to blame this or that,” he said at the time. “There is no blame.”

But Shannon, through his attorney, is singing a different tune after struggling to sell his building in a prime location. The building’s marketing is limited by a height restriction in the deed that restricts development on the site to nothing higher than 35 feet. To get rid of the restriction and give the land a fair value, Shannon needs the Cardinals, Cordish and the city’s Land Clearance for Redevelopment Authority to waive the restriction.

“He just wants to sell his property and get a reasonable price for it,” said Lathrop and Gage attorney David Sweeney, who represents JBS LLC, Shannon’s limited liability company that owns the building. “Mike just wants an even playing field.”

That’s a reference to the Cardinals’ recently announced plans for a second phase of Ballpark Village, in which they are seeking up to $65 million in tax incentives to build a 310-foot apartment tower as well as an office building and retail center. The new complex is estimated to cost about $220 million.

On Wednesday, the proposal for tax incentives goes before a committee of the Board of Aldermen, the first step toward the Cardinals and Cordish obtaining the incentives.

Shannon, a former Cardinals right fielder and third baseman and its radio announcer for 45 years, is frustrated, his attorney says, that the Cardinals are seeking public subsidies while standing in the way of the sale of his building for what it’s truly worth.

“You’ve got Ballpark Village trying to get tax credits, and meanwhile, they won’t do right by a guy who is a longtime employee and a lifetime St. Louisan,” Sweeney says.

Sweeney says the height restriction dates to 1997, and was related to the old Busch Stadium, not the current one. But Cardinals President Bill DeWitt III says the restriction has actually been connected to the property for more than 50 years. He says the Cardinals and Cordish are willing to waive the deed restriction, if they have some refusal rights over what goes on the land that used to house Shannon’s building. “I’ve been working on this for a couple of years trying to create some options for Mike,” DeWitt said. “We’ve proposed a number of solutions.”

At one point, the Cardinals offered to buy the property, though DeWitt said the complicated deal likely didn’t get Shannon the price he was looking for. This summer, the Cardinals agreed to waive the height restriction when Shannon had an offer from a company that wanted to build a giant Ferris wheel on the site. But that proposal got caught up in city politics.

The proposal was opposed by Bob O’Laughlin, chairman and chief executive of Lodging Hospitality Management, the company that redeveloped Union Station. O’Laughlin told the city the Ferris wheel would be too close to a similar project his company plans at Union Station.

The LCRA board tabled the proposal.

Now O’Laughlin, coincidentally, is part of the ownership group planning to seek yet another pile of tax subsidies to bring a Major League Soccer team to St. Louis and build a city-owned stadium next to Union Station.

Lost in all the subsidy madness is a 77-year-old who grew up on the city’s south side, still lives in the city, and in 2014 was inducted into the St. Louis Cardinals Hall of Fame. Starting last season, Shannon cut back his workload to call only home games. His year-to-year contract, worth about $860,000 a year, according to Cardinals sources, has been offered to be renewed for next season.

“We’re talking about Mike Shannon,” Sweeney says. “What (the Cardinals) are trying to do is control the competition. Mike just wants to sell this and let the market decide.”

DeWitt says the Cardinals remain willing to waive the height restriction, “as long as we can protect our investment.”

The best fans in baseball might beg to differ.

A city agency is to consider a resolution on Tuesday.

KMOX broadcaster Mike Shannon before a game between the St. Louis Cardinals and the Chicago Cubs on Friday, Aug. 9, 2013, at Busch Stadium in St. Louis. Photo by Chris Lee, clee@post-dispatch.com

Celebrating the 40th anniversary of the 1968 World Series season of Cardinal legend Bob Gibson, a party was thrown in his honor Friday, Sept. 12, 2008, at Mike Shannon's Steak and Seafood in downtown St. Louis.