Messenger: Movement builds to honor prominent black doctor whose house was taken by Creve Coeur
0 comments
Share this
All our Winter Warm-Up coverage for 99¢

Spoede Meadows was one of those post-war St. Louis suburban dream developments, the kind you might see on a billboard beckoning city residents to a new, more pastoral way of life.

Full of tidy ranch houses built on one-acre lots in Creve Coeur off Spoede Road between Olive Boulevard and Ladue Road, Dr. Howard Venable and his wife, Katie, liked it so much they bought two lots in 1956. Venable was a senior instructor at St. Louis University Medical School, and the head ophthalmologist at Homer G. Phillips Hospital, the city’s hospital for African Americans during a time of deep segregation.

Yes, Venable was black. Other black families also sought to buy homes in the subdivision, but were convinced by a white “citizens committee” to sell and build elsewhere. Venable refused to bow to the pressure. So the city and its mayor, John T. Beirne, took the land and the house the Venables were building through eminent domain, in a battle Venable lost in the courts.

Beirne had a park built at the end of the cul-de-sac where the prominent black doctor wanted to raise his family. The park still bears Beirne’s name.

An amateur historian, Singer was reminded about the history of Beirne Park a couple of years ago and decided to try to do something about it.

“We shouldn’t be afraid or ashamed of our past,” Singer says. “We as a community need to confront our past racism, learn from our history, and take corrective action.”

After a town hall and a city council meeting spurred by Singer’s work, leaders in the city appear poised to do something to honor Venable and erase the Beirne Park name.

The movement gained momentum when Singer shared his research earlier this year with Walter Johnson, a professor of history and African American studies at Harvard University. Johnson is a Missouri native and has been spending a lot of time in St. Louis recently working on his latest book, “The Broken Heart of America,” which examines the violent history of racism in the U.S. through a St. Louis lens.

Johnson was already working with students from Harvard on St. Louis issues of racism and segregation through a program called The Commonwealth Project, and two of those students, Kale Catchings and Saul Glist, worked over the summer to raise community awareness over the history of Beirne Park and how it was actually created.

They started a Facebook page called The Venable Park Coalition and organized a town hall meeting in August to educate the Creve Coeur community about the park’s shameful history.

For Catchings, who grew up in O’Fallon, Missouri, and plays basketball at Harvard, it was an eye-opener. Growing up in middle class suburban St. Louis, he hadn’t experienced much of the city’s segregation and overt racism.

“Growing up here, I never really understood,” said Catchings, who graduated from Christian Brothers College high school. “The segregation is so deep-seated.”

Catchings believes the Venable Park project has to be much more than a renaming. It has to be part of a process that helps educate a new generation about the city’s segregated past.

For Singer, this is a bit of a lifetime quest. As a child, he remembers visiting the park in the mid-1960s, and his parents explaining how the city had created the park to keep Dr. Venable out. At the time, the Venable’s house was being used as a clubhouse for the park. Two years ago, Singer visited the park again, this time with his grandson — who lives in Creve Coeur — and he became dismayed that the park still maintained the Beirne name and that there was nothing to tell park visitors about the history of the land where they stood.

“There was something primal about Creve Coeur’s use of Dr. Venable’s home as the park clubhouse as a prize to show the community,” Singer wrote in a history of the park debacle, much of which was covered in the contemporaneous press, including the Post-Dispatch. “Naming the park after Mr. Beirne is a constant reminder of this dark chapter in the history of Creve Coeur, St. Louis County and the Missouri courts.”

Now thanks to a coalition Singer helped start, there is a movement building to change the name of the park and teach a new generation about the shameful segregated sins of a St. Louis region that is still struggling to learn from its past. 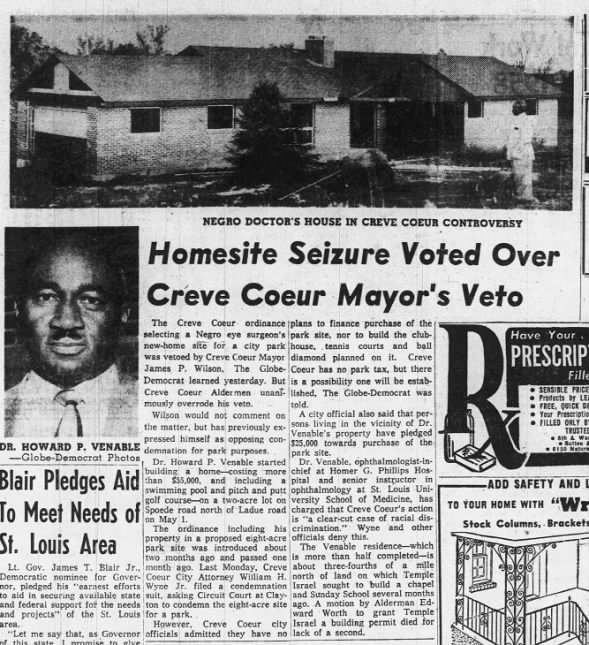 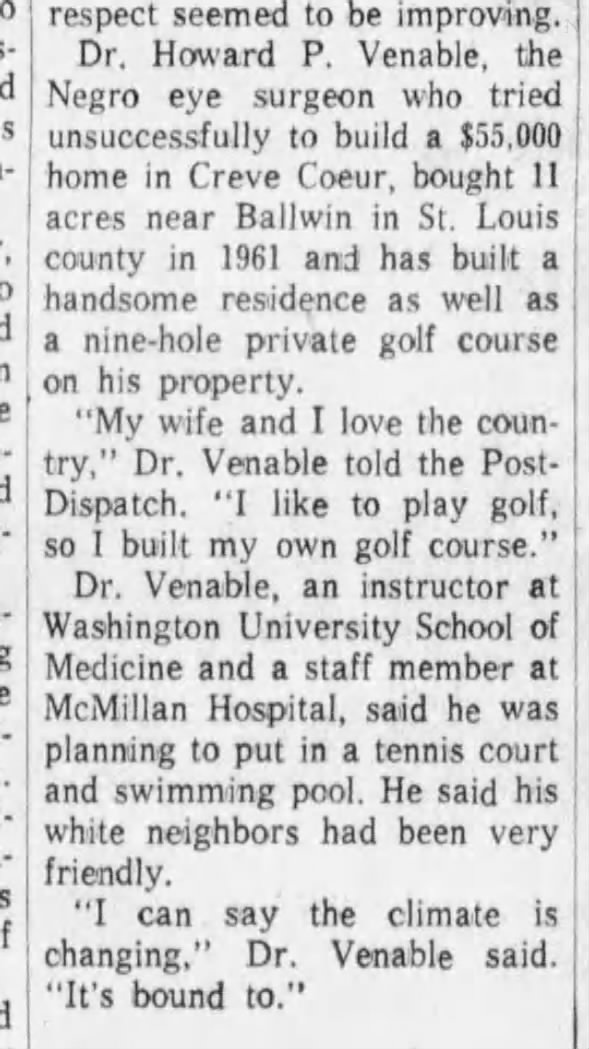 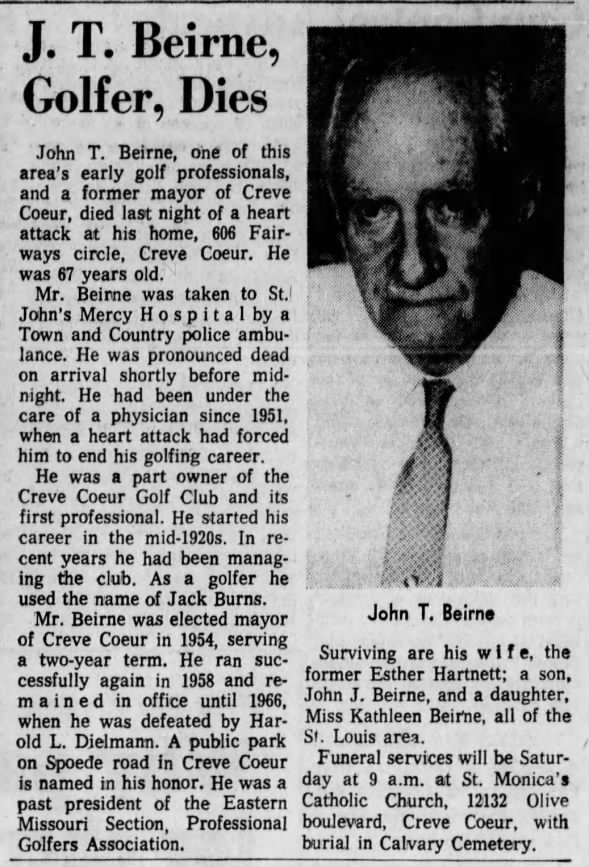 Messenger: Missouri has a Medicaid crisis involving 100,000 children, and Parson ignores it

As Kansas governor touts Medicaid expansion, Missouri governor is asleep at the wheel.

Messenger: Back wall of Civil War-era home collapses in Benton Park, and the preservation standoff nears its end

Where do property rights give in to the preservation demands of a historic neighborhood? Peggy Ladd is about to find out.

Messenger: Hawley needs refresher course on what happens in a ‘normal courtroom’

His brief stint as Missouri attorney general provides a guide to his real-world experience.