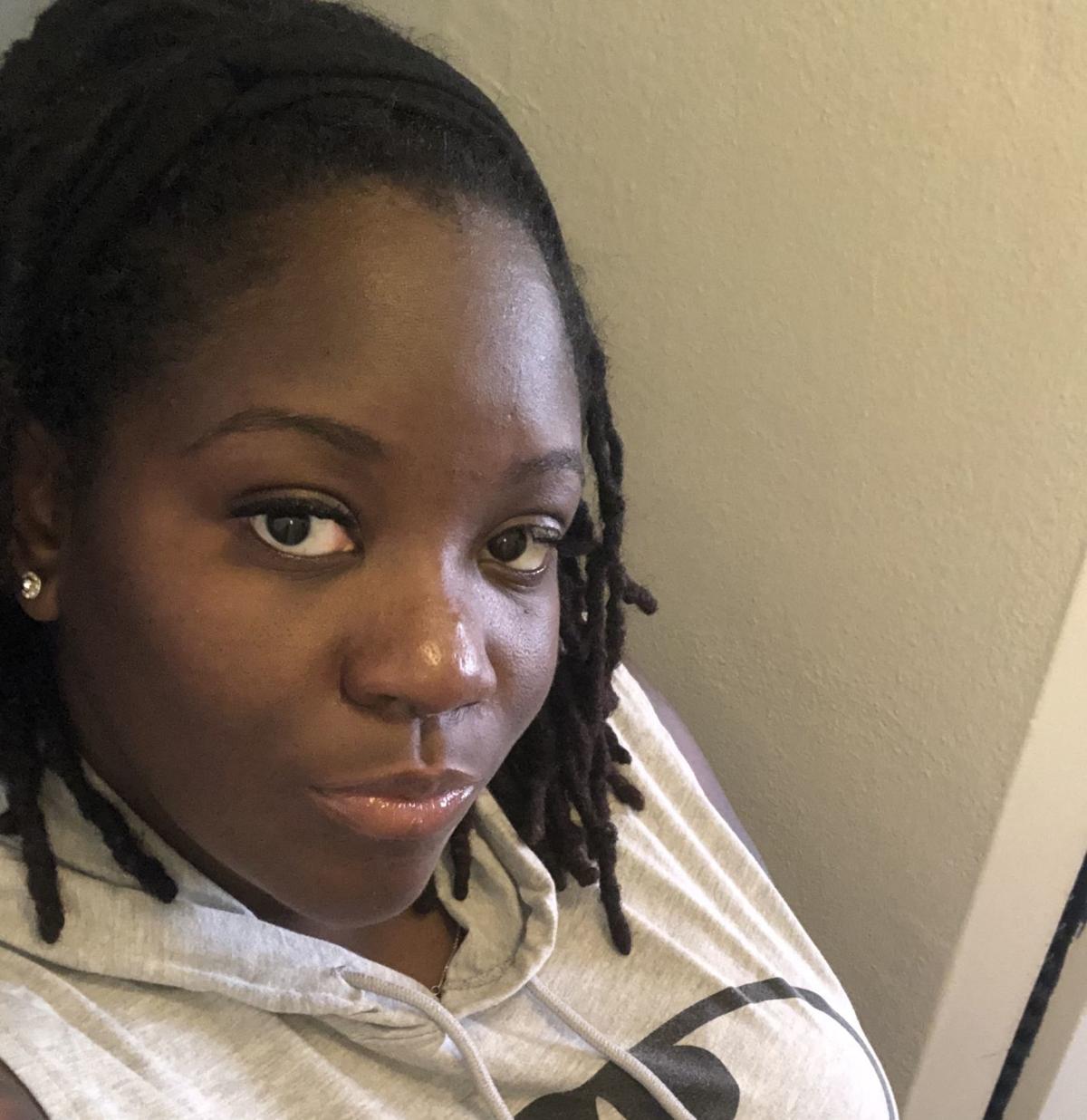 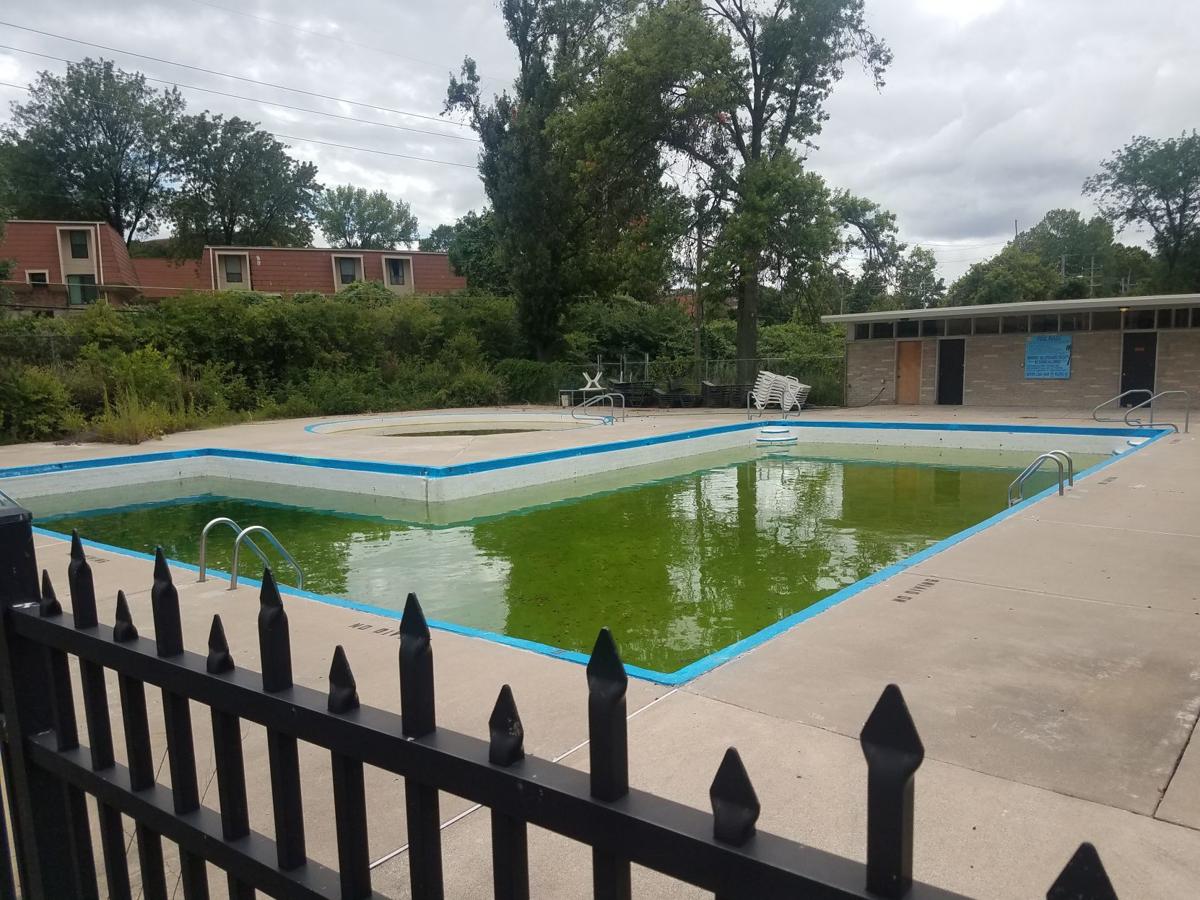 The swimming pool at Bridgeport Crossing Apartments in Bridgeton, owned by an affiliate of T.E.H. Realty, as seen Aug. 15, 2018. Photo by Jesse Bogan, jbogan@post-dispatch

It was the coldest night of the year, so far.

Temperatures in the St. Louis area dropped into the teens Monday after a fall deep freeze settled in. The 16-degree low broke a century-old record.

Huddled in her Bridgeport Crossing apartment with her two boys, ages 11 and 4-months, Brittany Jackson wrapped herself and her children in blankets and tried to stay warm.

Jackson hasn’t had a working furnace in her rental unit since February.

She pays her rent to T.E.H. Realty on time every month. The $681 eats up most of her disability check. Jackson, who is 30, has sickle-cell anemia. The pain she sometimes experiences from that disease tends to spike when the weather changes, or when she is stressed.

Tuesday morning was one of those times.

She had warmed up by the time we talked. During the day, she turns her gas stove on and opens the oven door to provide some heat in the apartment.

This month, for the first time, and on the advice of a lawyer, Jackson withheld her rent.

That’s about all the various residents of multiple T.E.H. properties can do to try to force action.

The situation at Bridgeport is similar to those elsewhere, at Southwest Crossing, at Pinnacle Ridge, at Northwinds, at Windham Chase.

Jackson called me after I wrote about Shalonda Strickland, who lived in a T.E.H.-owned apartment near Spanish Lake for several months without a working refrigerator. Strickland and many others like her are being threatened with eviction, often for doing precisely what Jackson decided to do this month: withholding rent until repairs are made.

That has led to a number of legal actions, and now the tenants, with the help of nonprofit legal organizations like Legal Services of Eastern Missouri and ArchCity Defenders, are fighting back.

Last month, ArchCity Defenders filed a class action lawsuit against T.E.H., on behalf of tenants of the Northwinds complex in Ferguson.

Every week, Robert Swearingen of Legal Services of Eastern Missouri goes to court to defend tenants who are being sued for back rent by T.E.H. This week, state Sen. Jamilah Nasheed called for Attorney General Eric Schmitt to investigate the troubled landlord.

All of this action is having an effect, but not one that necessarily helps the people living in bad conditions. As the Post-Dispatch’s Jesse Bogan has reported, now T.E.H. is having difficulty paying its workers. Last week some of those workers cornered one of the company’s owners, Eliram Rabin, over the company’s inability to meet its payroll.

People like Jackson and Strickland don’t want to live in sub-standard conditions, they both told me, but they have little choice. Barely able to make ends meet, they are at the whim of landlords, who in too many cases end up being bad actors, making profits by refusing to repair run-down apartments, then kicking tenants out and starting the process over again.

Jackson’s lease is up at the end of this month. She’s looking for a new place, but coming up with deposit money isn’t easy.

She was diagnosed with sickle-cell anemia as an infant, and it’s almost killed her more than once, she says. So she tries hard to manage her stress. Having a working furnace would help.

“It makes me angry,” she says. “I’m upset. I’m frustrated. It affects my health.”

She asked management to move her to a unit with a working furnace, but they said there wasn’t one available. Frankly, Jackson knows that some of the other units have their own problems. When the people below her moved out, they invited her in to take pictures and video of the place. There was black mold on the walls and in the carpet, bad window seals letting in cold air, bathtubs that wouldn’t drain water.

Such is life in too many places in north St. Louis County, and in far-south St. Louis. T.E.H. owns more than 2,400 rental units in the St. Louis region.

“People shouldn’t have to live like this,” Jackson said. “But sometimes they are afraid to speak up.”

Jackson spoke up, and it helped.

The morning I called T.E.H., to ask about her living without heat, the Bridgeport Crossing leasing office called her and told her to have a furnace-repair company come out and give her an estimate. They said if she bought space heaters, she could deduct it from her rent.

It’s not how these things are supposed to work. But maybe, just maybe, Jackson will have some heat before the next cold spell.

Messenger: Bridgeton takes rogue landlord to court over failure to provide heat to its tenants

Retiree, single mother, among latest to complain about conditions at Bridgeport Crossing.

Messenger: Nonprofit's sober-living houses come with a catch: No heat. No power. No services.

Messenger: Another tenant is illegally locked out despite St. Louis law giving police a tool to help

Advocates say their attempts to help train police on new law have been ignored.

The swimming pool at Bridgeport Crossing Apartments in Bridgeton, owned by an affiliate of T.E.H. Realty, as seen Aug. 15, 2018. Photo by Jesse Bogan, jbogan@post-dispatch