Messenger: Route 66 enthusiasts want to preserve historic bridge, but Missouri stands in the way
0 comments
Share this
{{featured_button_text}}
1 of 2 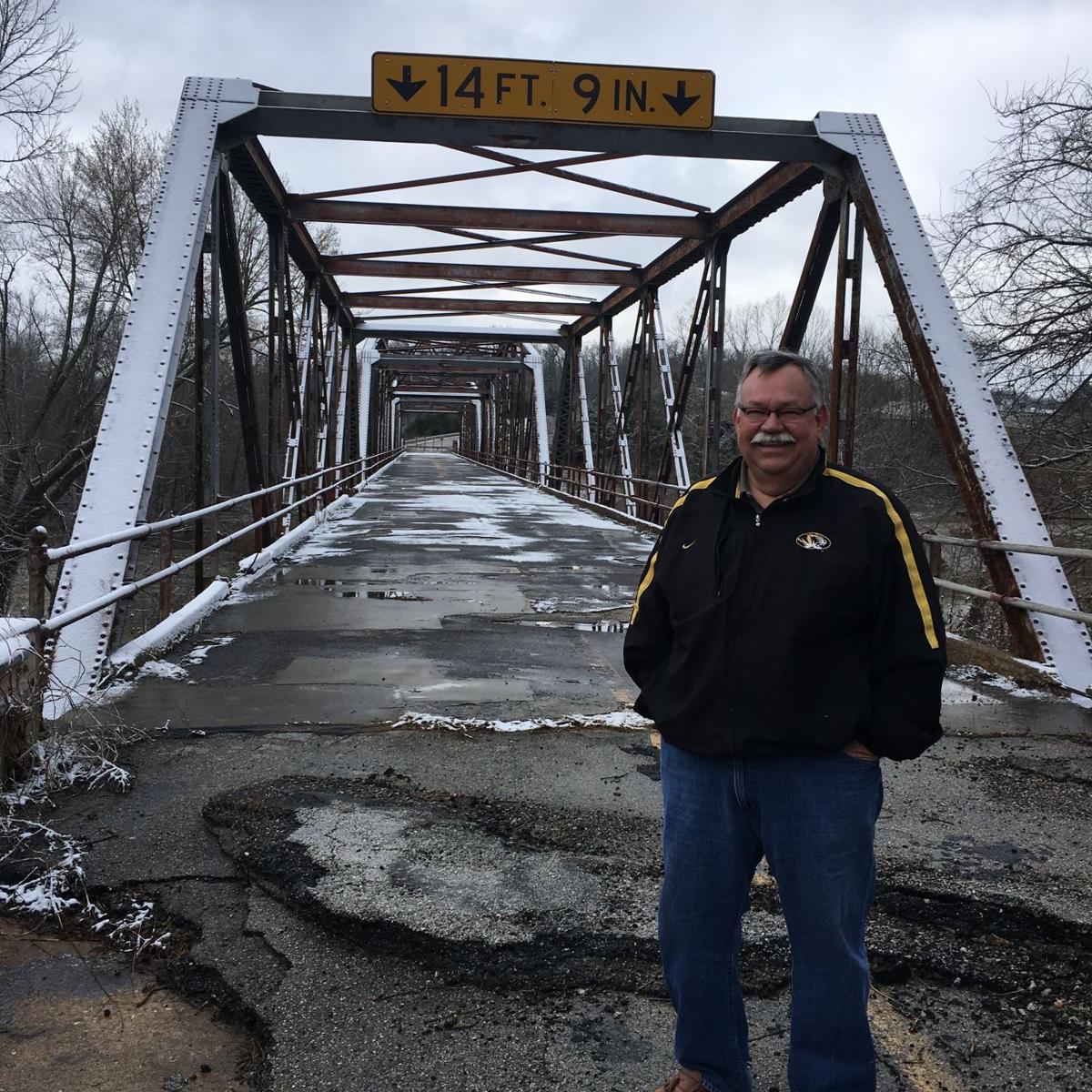 Mikel Garrett stands before the closed Route 66 bridge across the Gasconade River. Photo provided and used with permission. 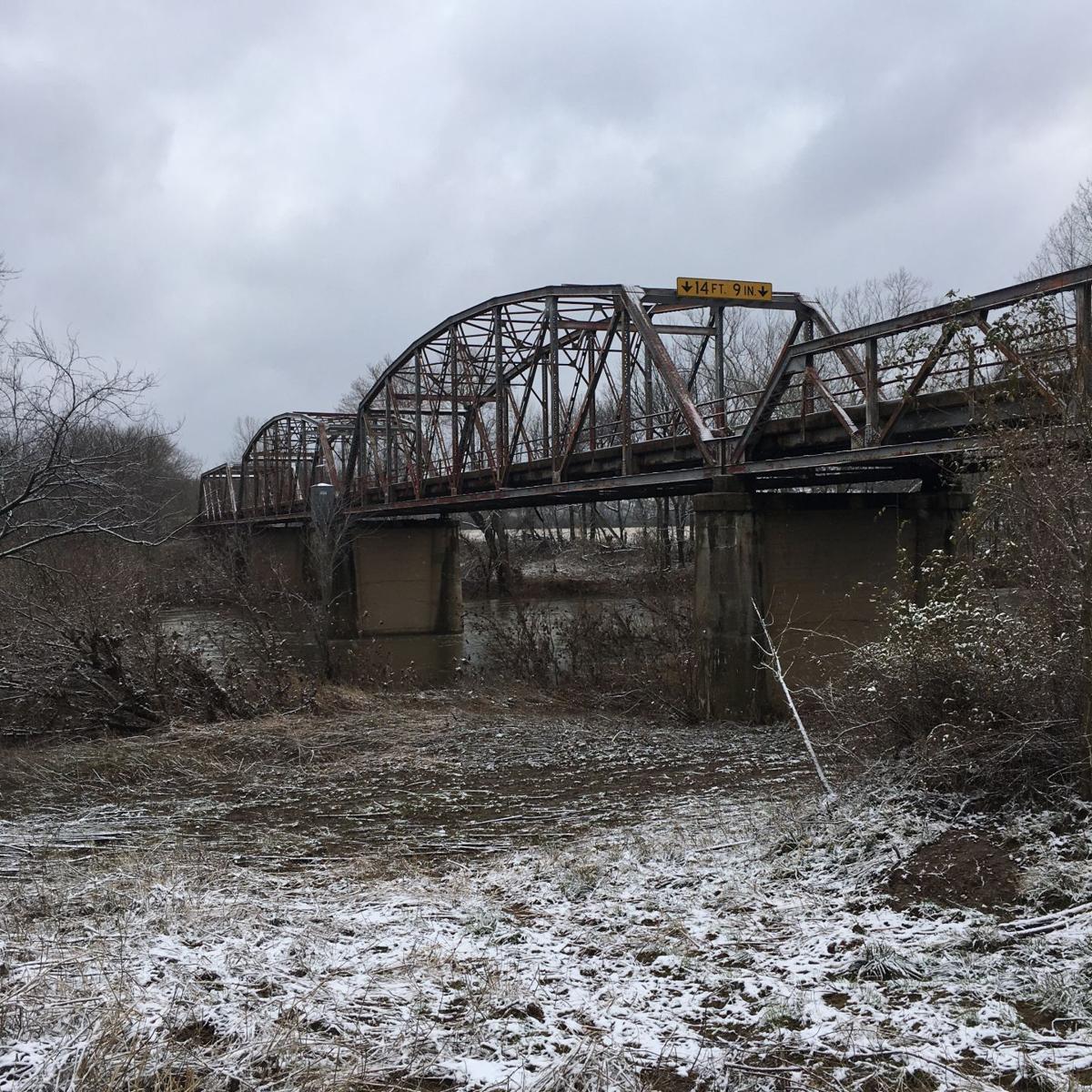 This bridge along Route 66 over the Gasconade River was built in 1923. Photo by Mikel Garrett. Used with permission.

Mikel Garrett was doing a ride-along with a Missouri state trooper the first time he laid his eyes on the Route 66 bridge that crosses the Gasconade River east of Lebanon.

A member of the nonprofit Route 66 Association of Missouri, Garrett is a history buff, and the bridge, built with three types of trusses in 1923 has plenty of stories to tell. For the past couple of years, Garrett, who happens to be my insurance agent, has been part of an effort to preserve the bridge. It’s no longer in service as the Missouri Department of Transportation built a new outer road to bypass the bridge when it improved a section of Interstate 44 across the river.

“It’s a piece of history,” Garrett says. The bridge was built before Route 66 became a thing and is now one of the only bridges of its type left on the historic roadway as it passes through Missouri. “It would be tragic for them to tear it down.”

That seems to be MoDOT’s intent, despite efforts from the association and its president, Rich Dinkela, to save it. The effort has been ongoing since 2014, and, for a while, it seemed, MoDOT had every intention of turning the ownership of the bridge over to the Route 66 Association so Dinkela’s group could preserve it. Ideally, they want to turn it into a path for biking and hiking to attract visitors who come from all over the world to see Route 66 and its remnants.

But, Dinkela and Garrett both say, the state’s transportation department keeps playing the part of Lucy in a Charlie Brown episode.

“The Route 66 Association has met every request that MoDOT has and MoDOT keeps moving the ball,” Garrett says. “It’s a tragedy.”

The problem, from the state’s perspective, is insurance. In an email to Garrett on March 25, Ryan Libbert, a project manager for the state, suggests the association’s proposed insurance policy isn’t adequate. “At this time,” Libbert wrote, “no group has presented a feasible proposal to ensure the rehabilitation and maintenance of the bridge, while protecting the citizens of Missouri from further potential costs.”

Garrett, who obtained the insurance policy for the association, says that’s not true. Once the bridge is transferred to the association, he says, the state will have no liability concerns. At least one federal agency, which is involved in the negotiations because much of the highway funding comes from it, agrees with Garrett.

In March, in a letter to the Federal Highway Administration, an official with the federal Advisory Council on Historic Preservation wrote that she didn’t understand the hold up on transferring the bridge to the Route 66 Association.

“As we understand, MoDOT has rejected this proposal due to inadequate liability insurance,” wrote Jaime Loichinger. “To ensure that a revised proposal can be developed that meets MoDOT’s requirements, we request that MoDOT and FHWA clarify to consulting parties what insurance would meet state requirements. MoDOT should also clarify how this insurance is consistent with other bridge transfers, as the ACHP is unaware of such an insurance requirement for other similar undertakings.”

The letter goes on to ask the state to share an example of what sort of insurance policy would be adequate with the Route 66 Association.

No such policy has been provided to the association, says Dinkela, who owns a paving company in St. Louis. The district engineer for the area, Machelle Watkins, says she believes the state “has been clear” with the insurance requirements. The fear, she says, is that a flood could lift the steel bridge off its moorings and cause it to float downstream and damage the new I-44 bridge.

If the state and Route 66 Association can’t come to an agreement, the state would put out bids for demolition, Watkins said.

The steel in the bridge would be valuable to some other bidder who might win a bid to dismantle the bridge. The controversy evokes memories of a fight over the Booneville Bridge from more than a decade ago, when the state sought to dismantle a historic bridge and allow Union Pacific to float the steel down the river to be used for a new bridge. At the time, Attorney General Jay Nixon sued to stop the transfer of the bridge, which eventually was preserved, with a plan to carry hikers and bikers across the Missouri River on the cross-state Katy Trail.

Eventually, Dinkela hopes his group has the opportunity to fund-raise to use the historic bridge in Laclede County for similar purposes. But first it has to get the state to accept the insurance policy it has produced and transfer the bridge to the association. He hopes to make the bridge usable for foot and bicycle traffic by 2026, when Route 66 turns 100 years old.

“There’s really no good reason for the state not to transfer ownership of the bridge,” Dinkela says. “It’s a shame.”

Messenger: 'Leave it as it is,' conservation groups plead to save Missouri park

Former Gov. Jay Nixon weighs in on behalf of conservation groups to save a Missouri park.

Mikel Garrett stands before the closed Route 66 bridge across the Gasconade River. Photo provided and used with permission.

This bridge along Route 66 over the Gasconade River was built in 1923. Photo by Mikel Garrett. Used with permission.