Messenger: The Workhouse, Carr School, and three decades of neglect in St. Louis
0 comments
Share this
{{featured_button_text}}
1 of 2 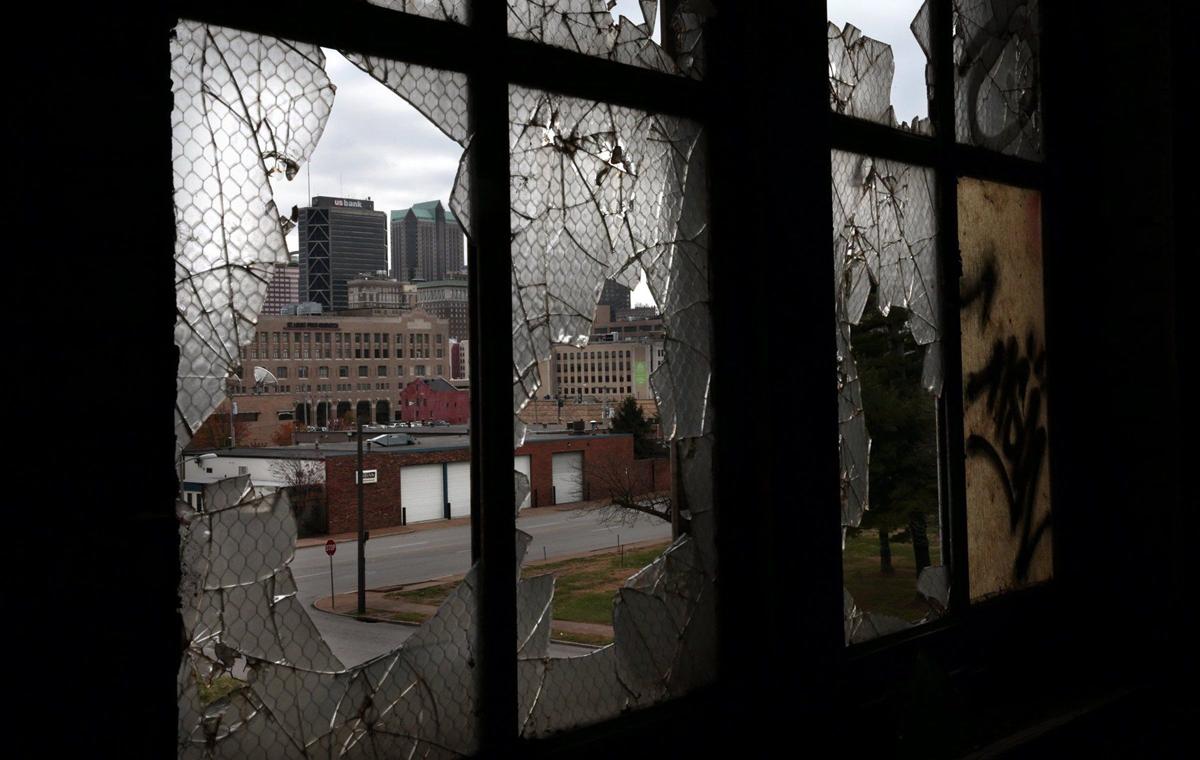 Downtown St. Louis is seen from a classroom window in the old Carr School on Wednesday, Nov. 30, 2016. Photo by Robert Cohen, rcohen@post-dispatch.com 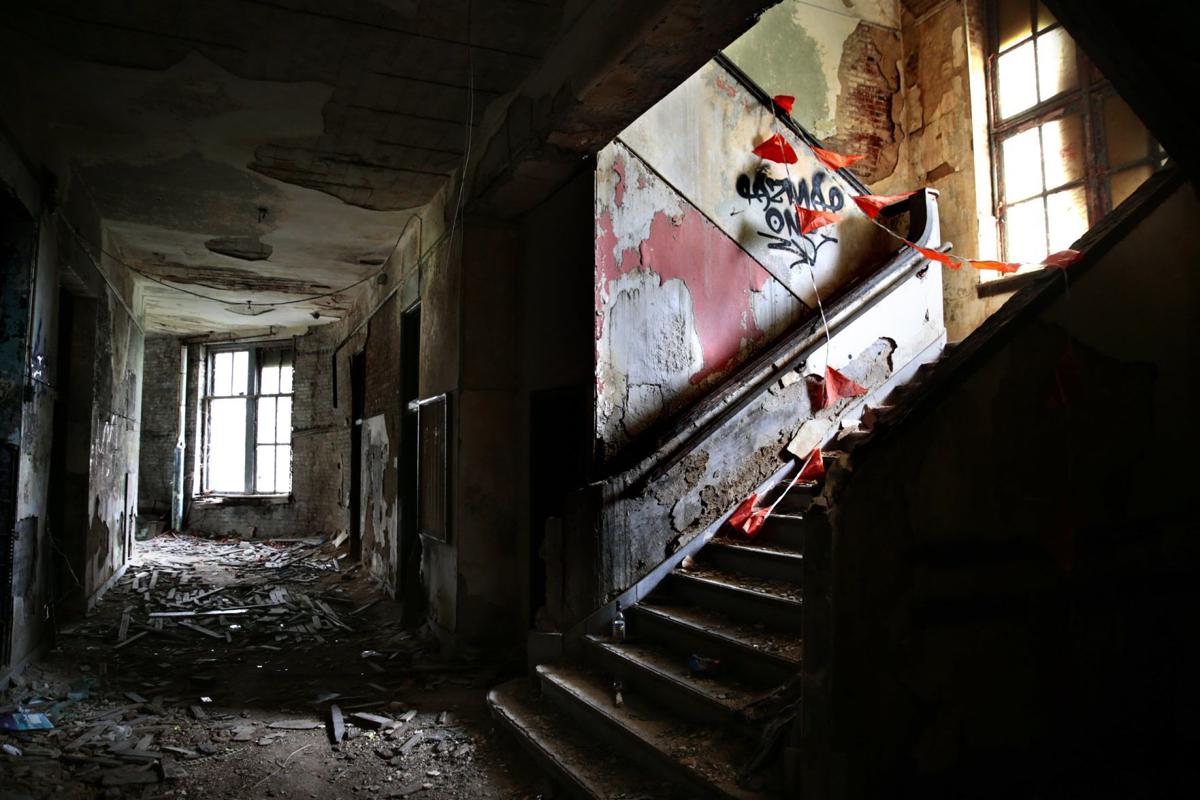 The entry to the old historic Carr School is photographed on Wednesday, Nov. 30, 2016. Urban Strategies is the lead applicant on a Choice Neighborhood $30M grant from the Department of Housing and Urban Development. Planners hope to make the historic school the Jonas Hubbard Jr. Family Center. Photo by Robert Cohen, rcohen@post-dispatch.com

Every eight years or so, the Carr School just north of downtown stands in all of its crumbling, degraded glory as a metaphor for the state of St. Louis.

Built in 1908 and designed by famed architect William Ittner, the former elementary school at 1421 Carr Street has been closed since 1978. The neighborhood around it has suffered and sagged ever since, mimicking the weathered and waterlogged building once known for its dazzling brickwork and soaring arches.

In 1992, Carr School was one of 11 properties in the city named to a “most endangered” list by the Landmarks Association of St. Louis. Many of the buildings, from the Arena on Oakland Avenue to several of the Cupples Station warehouses, have since died ignominious deaths.

In 2001, it was named to the National Register of Historic Places. Carr School is owned by the nonprofit Carr Square Tenant Corp., which manages the mostly low-income housing that surrounds it.

In 2008, heavily vandalized and boarded up, the school once again made the “most endangered” list.

Last week, Carr School was in the news again. A 61-year-old homeless man named Edward Moore brutally attacked four other homeless people, two men and two women, with a hammer, allegedly in a dispute over personal belongings. The homeless people were sleeping inside the long vacant school.

Once a glorious edifice dedicated to educating the next generation, the building has become emblematic of the problems that plague too many neighborhoods in St. Louis. Crime. Poverty. Homelessness. Neglect.

They are the problems identified by U.S. District Judge Clyde S. Cahill in a uniquely opinionated court order filed in 1990 that could just as easily have been written today. In it, Cahill described that which ails St. Louis: a mix of public policies that make the poor poorer, do little to combat crime, and target neighborhoods in a way that make destroying them a self-fulfilling prophecy.

Cahill was in a unique position to write such a striking opinion. He was this city’s first African-American U.S. district judge, and he regularly advocated for civil rights from the bench. In 1990, Cahill was presiding over a trial about conditions at the City Workhouse, the long troubled medium-security jail where most of the inmates are awaiting trial in the city on drug charges or other nonviolent offenses. Then, as now, the facility lacked air conditioning, was overcrowded and unsanitary, and in need of repairs and upgrading.

But Cahill’s concern was about more than air conditioning, or even the workhouse.

He was worried about St. Louis.

“While it is both natural and predictable to expect the greatest concentration of law enforcement to be centered in those areas where crime appears to be more prevalent, it is also axiomatic that abuses there are likely to be condoned or ignored,” Cahill wrote.

“These areas are usually in the poor and minority neighborhoods where jobs are scarce, education is substandard, and the promise of the ‘American dream’ has died. Certain neighborhoods in St. Louis have become the target of intensive police activity, including high surveillance and ‘battering ram’ search warrants. Obviously, such intrusive tactics increase that resentment and anger toward law enforcement which always seethes below the surface. These intrusive tactics, coupled with detention because of poverty, lead to a destruction of confidence in the criminal justice system. … Mass detention for petty offenses now may give temporary relief but it only postpones the misery to come.”

It’s been 27 years since Cahill wrote those words, and the misery is all around us.

Inside the Carr School, homeless with nowhere else to go camp out inside a once glorious vacant school. The building is not much more than a rock’s throw from Biddle House, the city-operated homeless shelter originally envisioned as a replacement for the Rev. Larry Rice’s downtown homeless shelter. When Biddle House was opened, neighbors, including those who live in and around Carr Street, complained about the city concentrating its homeless population in an area already rife with poverty. When the city eventually closed Rice’s shelter, it created another temporary shelter, in a forestry garage just north of Biddle House. A lawsuit shut it down, and now, some of the homeless appear to be finding their own shelter.

Those who commit crimes will end up at the workhouse, with a roof over their heads but not much relief from the heat.

“The police have no difficulty in finding these offenders,” Cahill wrote in 1990. “They scoop them up from the corners of North St. Louis like shovelfuls of sand from a beach; however, they still need assistance and deserve treatment even while they are in jail. These persons are still men and women who are entitled to be treated with dignity as human beings.”

The judge, who died in 2004, was writing about pretrial inmates, but the sentiment applies just as easily to those who camp out in an abandoned school, or those on the fringes of poverty, wondering how they will scrape together enough money to avoid living in their car, or worse.

This was St. Louis nearly three decades ago.

It is St. Louis today.

Show equal concern for the homeless

Where was the outrage, the ugly signage and marching against the lack of air conditioning and the inhumane accommodations at the Carr School, …

As family of man who died at Workhouse fights for justice, some activists see hope in victory of Wesley Bell in St. Louis County prosecutor race.

Messenger: Close the workhouse, says city comptroller — it 'is the right thing to do'

Comptroller Darlene Green says the move would save $16 million.

Messenger: To the victor belongs the spoils, except in the case of Missouri politics

From Josh Hawley to the Missouri Legislature to the city's debates over closing the workhouse, the losers try to turn the tables after voters have their say.

Messenger: St. Louis has plan to warehouse the homeless north of downtown, literally.

City prepares for New Life Evangelistic Center to close. But next legal battle is over temporary shelter.

Downtown St. Louis is seen from a classroom window in the old Carr School on Wednesday, Nov. 30, 2016. Photo by Robert Cohen, rcohen@post-dispatch.com

The entry to the old historic Carr School is photographed on Wednesday, Nov. 30, 2016. Urban Strategies is the lead applicant on a Choice Neighborhood $30M grant from the Department of Housing and Urban Development. Planners hope to make the historic school the Jonas Hubbard Jr. Family Center. Photo by Robert Cohen, rcohen@post-dispatch.com 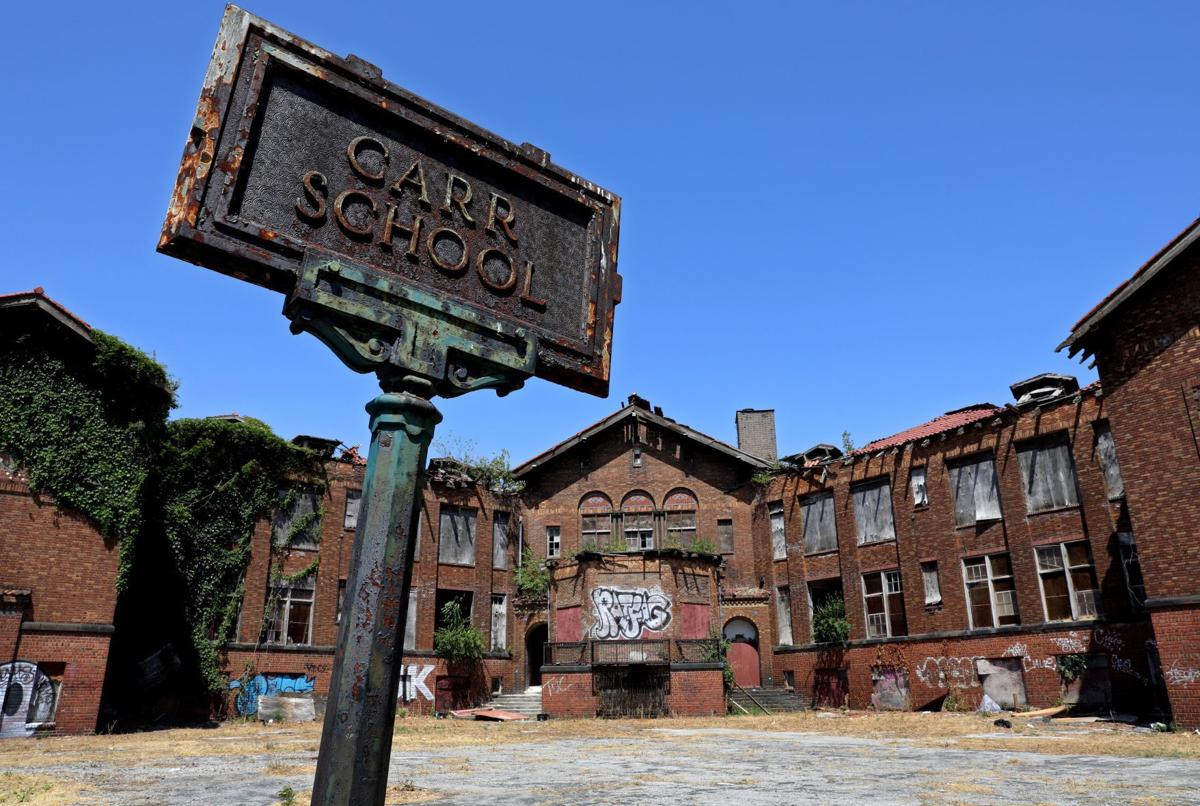