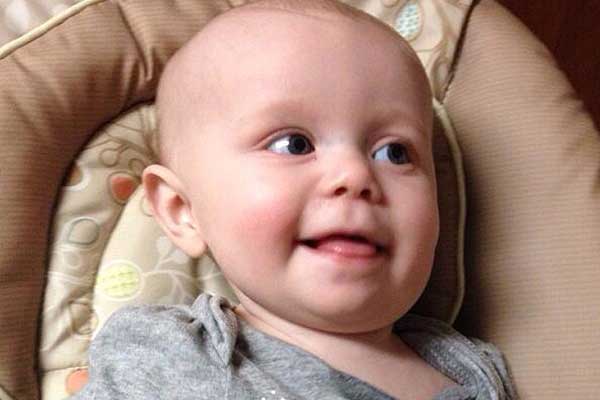 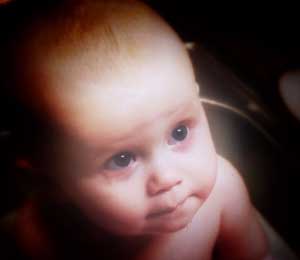 All Jeremy and Adrian Moore want is the official police report documenting their infant daughter Izabella’s death just over a year ago in an unlicensed home day care in rural Perry County.

The parents say the report would help them put together the missing pieces in a death they think wasn’t fully investigated and could have been prevented.

But the Perry County Sheriff’s Department and a local prosecutor have so far withheld the police incident report, as well as other police reports and the recording of the 911 call made after Izzy Moore was found not breathing.

Last year, Perry County Prosecutor Tom Hoeh had the records sealed by a circuit court judge. The Moores, who have been pursuing the reports for nearly 10 months, say they have never been given a reason why they have been withheld.

The parents, who are pursuing a wrongful death suit against the providers, have had to petition the courts to obtain the investigative documents. Earlier this month, a Cape Girardeau judge issued such an order, but officials have yet to comply. The Moores’ attorney expects to receive the documents soon. But in the meantime, the parents must wait.

Their inability to obtain the records points to what many regard as flaws in the investigation of child deaths – particularly those occurring as children sleep in Missouri’s unlicensed home-based child cares.

In the Moores’ case, Izzy was deemed by the Perry County coroner to have died on Jan. 18, 2013, of Sudden Infant Death Syndrome. Records show that when Izzy died, she was in the care of Shawna Huber, who was tending to 14 children in her home that day without a required state license. Records that the Moores have obtained suggest the child was left to nap unattended for several hours in the basement.

Police have not charged Huber with any criminal action, nor said she was a suspect in any way regarding Izzy’s death. Emails between the Moores and a representative of the state Children’s Division show the local sheriff’s department reported the death as nonabusive and non-neglectful. That report essentially barred the Children’s Division from doing its own investigation of Huber.

Huber, reached by phone, said she had been advised by an attorney not to comment because of litigation against her by the Moores.

So the Moores, who have not spoken with Huber since Izzy died, have continued piecing together scraps of public information about their daughter’s death.

Ambulance and other records obtained by the Moores indicate Huber had said she had put Izzy down for a nap in the early afternoon and found her purple and unresponsive about three hours later. The Moores said they had no idea Huber was watching so many kids while they were away at work. They thought there were only five kids in the home day care.

“You don’t pay someone to watch your child while you work so they can be stuck unattended in a basement with other kids for three hours,” Jeremy Moore said. “Who knows what could happen?”

The Moores said the police report could reveal valuable interviews with the caregiver and others that at the very least would help to confirm the SIDS ruling.

Under Missouri law, initial police incident reports are open records. The ensuing investigative reports are also public once an investigation becomes inactive. Among the exceptions are when information poses a danger to a victim or witness.

Hoeh, the prosecutor, did not return requests for comment. He previously told a Cape Girardeau television station he chooses to err on the side of caution regarding sensitive documents.

Child advocates say investigators often mistakenly link the abrupt death of a baby to Sudden Infant Death Syndrome. They do so by failing to rule out unsafe sleep practices that could cause suffocation, such as becoming entangled in a blanket or sleeping on couches or adult beds.

In an October 2011 investigative series on the high number of child fatalities in Missouri’s unregulated home day cares, the Post-Dispatch discovered numerous infant deaths were ruled SIDS despite police reports and other information indicating unsafe sleep practices that could have contributed to suffocation.

State Rep. Jill Schupp, D-Creve Coeur, said state officials should be striving to get more information out about what goes on in unregulated home day cares. Schupp has been trying to strengthen Missouri’s day care safety laws. Last year she said her staff encountered multiple roadblocks when obtaining records to document the circumstances behind child deaths in Missouri’s unlicensed home day cares.

“It’s very difficult for people to access to the information to get the bottom of what went on in a bad situation that occurred in an unlicensed day care,” Schupp said.

The Moores believe police and the coroner were too hasty in concluding that SIDS killed Izzy. Within hours of Izzy’s death, Jeremy Moore said, investigators were calling it SIDS.

The Moores point to Izzy’s age. She was seven months old and already sitting up by herself when she died. By that stage most infants are typically beyond risk of SIDS.

They note the medical examiner’s report also failed to address potential sleep hazards that could have contributed to Izzy’s death. A police detective told the Moores that the caregiver said Izzy was put down for a nap in a crib in an enclosed basement near a hot wood stove. The detective said the basement temperature was about 78 degrees. Izzy was wearing long-sleeved, heavier winter clothing.

The documents the Moores have provide no confirmation whether Izzy was actually placed in a crib or was instead sleeping in a walker or a jumper.

“To call it SIDS, it seems kind of reckless,” Jeremy Moore said.

A state child fatality review board issued a sparse one-page report that ruled Izzy’s death SIDS with no explanation why.

A second review of her death by a regional medical examiner done at the Moores’ request was done without an autopsy. The Moores said that medical examiner learned only later that Izzy had allegedly been sleeping near a lighted wood stove.

Appeals to other agencies by the Moores have also not helped to answer their questions.

The Moores said they sought help from the state Office of the Child Advocate. But that office said its hands were tied in reviewing the situation for the same reasons.

And Moore said the state Attorney General’s Office has deemed the issue a local matter, even though Moore said an official there conceded the police records should be released.

So the Moores are left to look for clues from the day Izzy died. They believe the police records remain their last and best bet for setting the record straight.

In the meantime, under state law, Huber is allowed to continue to watch children — as many as four unrelated children and an unlimited number of closely related children. After Izzy’s death last year she was charged with a misdemeanor and pleaded guilty to operating a day care without a license. She was fined $100.

This story was updated to indicate the Moores said they did were unaware that the caregiver was watching 14 children.

Parents of deceased child had to fight in court for new documents on the case.

As the Missouri Legislature seeks solutions to barriers that prevent centers and homes from being licensed, caution needs to be taken so that …

Amid a string of health, safety and fire violations, a St. Louis day care is condemned

The bill takes aim at a licensing exemption for Missouri home day care providers, among other provisions.