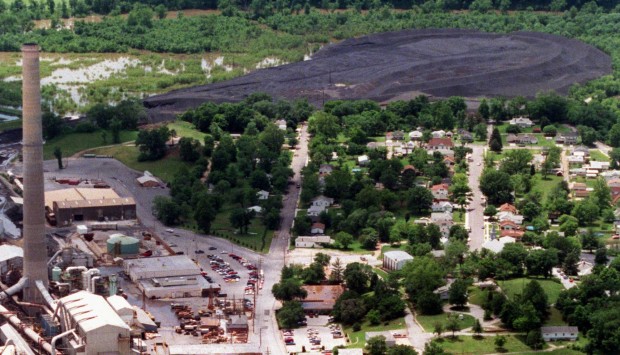 An aerial view Herculaneum in 2001 shows the lead smelter and slag pile. 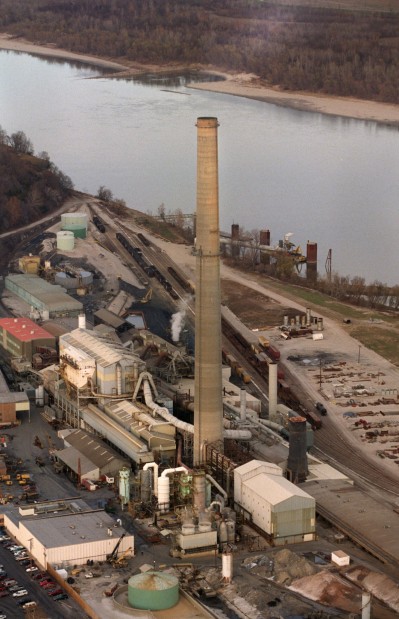 The lead smelter in Herculaneum is shown in this 2001 file photo.

An appellate court on Tuesday tossed out $240 million in punitive damages awarded to people who said they suffered health problems stemming from a lead smelter in Herculaneum.

That sum was part of a $358 million verdict by a St. Louis jury against former owners of the smelter. The suit was filed by 16 plaintiffs who said they suffered from lead poisoning.

That award was on top of a confidential settlement reached before the trial with the smelter’s current owners, Doe Run Resources Corp.

The jury returned a verdict of $320 million in punitive damages, which was $112 million more than the lawyers requested, according to the appellate court’s ruling.

That was in addition to $38 million in compensatory damages.

On Tuesday, the Court of Appeals Eastern District tossed out Fluor’s portion of that judgment, citing an error stemming from instructions to the jury, and sent it back for “further proceedings to assess punitive damages against Fluor,” the ruling says.

The court affirmed the rest of the damages.

The appellate judges “clearly recognized the harm the children suffered,” said Mark Bronson, one of the attorneys representing the plaintiffs.

He was reviewing the court’s 180-page ruling on Tuesday afternoon, but said he would absolutely go to trial again to seek damages from Fluor if necessary.

Brian Mershon, a Fluor spokesman, said the company was reviewing the court’s decision and had no further comment.

Plaintiffs’ attorneys said their clients, who grew up near the smelter, lost IQ points and had other health effects from lead poisoning.

Lead is a neurotoxin that interrupts normal brain development and has been linked to behavioral problems in children.

Adults can tolerate higher levels of lead than children but can still suffer health problems.

Decades ago, the smelter filled the air of the company town with pollution so heavy, it sometimes made it impossible to see even across the street.

But it also has been a core part of the town’s identity, providing jobs and tax revenue since it was built in 1892.

The smelter in Herculaneum shut down in December. It was the last place in the country where lead taken from the ground was processed.

The U.S. Environmental Protection Agency said the company “made a business decision” to close instead of installing pollution control technologies needed to reduce sulfur dioxide and lead emissions as required by the Clean Air Act.

Doe Run said it saw no alternative to closing the plant because there isn’t another process for smelting new lead that would meet the air-quality standard, which it says is the most restrictive in the world.

It had hoped to build a new plant using a new, cleaner lead-production technology, but dropped the idea in 2012, saying the $100 million project was too financially risky.

The park land is part of Missouri's Old Lead Belt

Smelter's closure is end of an era in Herculaneum

The bill would ban punitive damages to those who contend that lead mine debris in St. Francois County contaminated their property or made children sick.

An aerial view Herculaneum in 2001 shows the lead smelter and slag pile.

The lead smelter in Herculaneum is shown in this 2001 file photo.