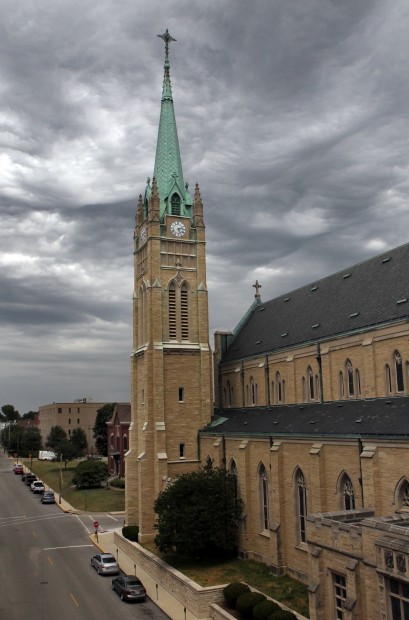 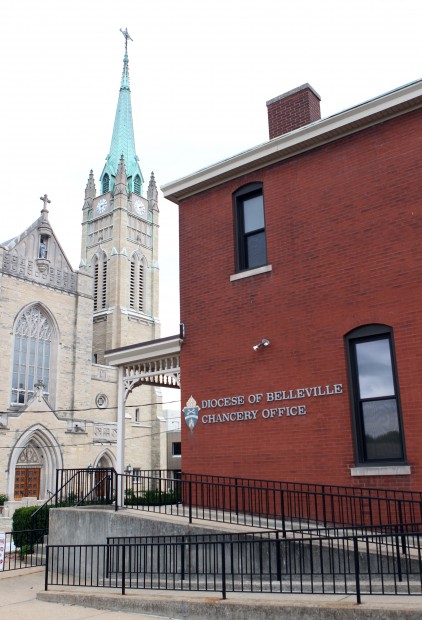 BELLEVILLE • A clergy sex abuse case with misconduct dating to the 1970s finally ended Wednesday when James Wisniewski's attorney was handed two checks — one red, the other blue — totaling $6.3 million.

Though the case during trial shed a light on how disgraced priest Raymond Kownacki was reassigned to minister at different parishes, it brought little resolution to a set of uncertainties facing the Roman Catholic Diocese of Belleville.

A large group of priests in Southern Illinois has been calling for Bishop Edward Braxton's resignation, claiming he mismanaged the Wisniewski case and others. Braxton also has brought the attention of a national Catholic publication that recently suggested the diocese has financial woes.

The $6.3 million was paid after a nine-year court battle marked by multiple appeals by the diocese. The damages were paid three years after a jury awarded Wisniewski, of Champaign and now in his early 50s, $5 million in a suit in which he claimed Kownacki sexually abused him as a child. But since the 2008 verdict, the judgment grew by another $1.3 million with interest as the Belleville diocese continued to contest the case, drawing criticism.

As recently as last month, Braxton asked the Illinois Supreme Court to reconsider the matter. Of the original $5 million award, $2.6 million was designated as punitive damages.

"I hope this will help the Catholic community," Wisniewski's attorney, Mike Weilmuenster, said after a brief hearing Wednesday at the St. Clair County Courthouse. "It has been quite splintered."

He thanked the jury in the case because it compensated his client and attempted to send "a message to the Belleville diocese that enabling childhood sexual abuse and covering it up will not be tolerated by this community."

Weilmuenster said later in an interview that his client has yet to receive a direct apology from church leadership.

The Rev. John Myler, a spokesman for the diocese, said, "The diocese continues to express our regret for any instances of childhood sexual abuse by a member of the clergy."

Even though the payment was made, with at least $1.5 million coming from insurance, the diocese wouldn't comment specifically about the case. Myler would only add that the "diocese is committed to adhering to its childhood protection policy and the diocese will continue to assist victims and their families according to that policy."

Kownacki was removed from the ministry in 1995 after abuse allegations began to surface. A former housekeeper accused him of raping, beating and performing an abortion on her in the 1970s. That case, which alleged Kownacki was quietly shuffled between parishes, was dismissed after the state Supreme Court ruled that it exceeded the statute of limitations.

Even though Wisniewski filed his case about three decades after he was abused, the jury agreed that the diocese concealed and misrepresented facts about Kownacki, so the statute of limitations did not bar his claim. It's a detail that will likely be argued in other clergy sex abuse cases, particularly those involving Kownacki.

Another case was filed against Kownacki in 2003 by a man identified as John Doe, who as a boy mowed the parish lawn at St. Theresa's Catholic Church and School in Salem, Ill., where Kownacki was pastor from 1979 to 1986. That case was settled in 2009 for $1.2 million. Wisniewski's case also stemmed from the time Kownacki was at St. Theresa's.

Two more cases are pending against the diocese that allege Kownacki sexually abused young boys who are now grown men, as well as a third case involving a different priest.

Kownacki recently moved from a small apartment in Dupo to an assisted living home in south St. Louis. Asked about the case on Wednesday night, he said he did not remember it. He also said he had suffered a stroke that affected his ability to communicate.

The diocese would not comment about the pending cases or the criticism that Braxton has received.

In a June letter to his flock regarding the effort to get the Illinois Supreme Court to reconsider the Wisniewski verdict, Braxton said it was a difficult time to be bishop. But he said offenses by priests continue to have "moral, emotional, legal and financial consequences."

"We are not doing this to 'hide behind the law' as some might suggest," he said of seeking the appeal. "We are doing this in the hope of a clarification of the law and a consistency in applying the law to the Catholic Church. We are also doing it in the hope of conserving resources for responding to other abuse victims and for sustaining the pastoral services of the Diocese of Belleville."

The Southern Illinois Association of Priests has long asked that Braxton be replaced and recently cited the Wisniewski case as an example of why.

The National Catholic Reporter, an independent Catholic newspaper, reported in July that a member of the Belleville diocesan finance council, James Friederich, had called Braxton "a financial disaster."

Friederich also predicted the diocese "will soon be bankrupt because of (Braxton's) arrogance" with finances and handling of sex abuse cases, according to the National Catholic Reporter story.

Friederich recently declined to comment to the Post-Dispatch. A request to interview James Mroczkowski, the chief financial officer of the diocese, was denied.

Weilmuenster, the attorney, said priests have approached him in support of the case that resulted in the payment Wednesday. Both he and his client, Wisniewski, are still Catholics. He said "it's a shame" that priests overall have been "tarred with the brush of actions" from those who committed abuse.

Suspect was staying at their home

Parishes to close in Diocese of Belleville

Roman Catholic leaders in Southern Illinois expect as many as 20 parishes to close in 2012.

The priest, Michael S. McGrath, has been sued at least 20 times by people alleging abuse.

Man says he had flashbacks of abuse.

The Belleville diocese could still appeal to the U.S. Supreme Court.

Priest from Africa is 'gift of faith' as U.S. churches face shortage

With half of the nation’s parish priests soon to retire, Catholic churches are coming up with innovative ways to guide the flock.