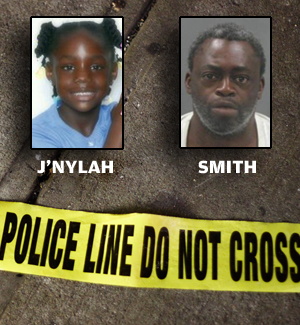 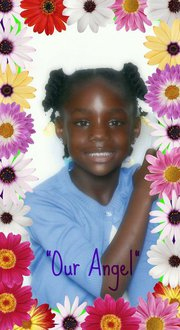 J'Nylah Douglas in a photo provided by family. 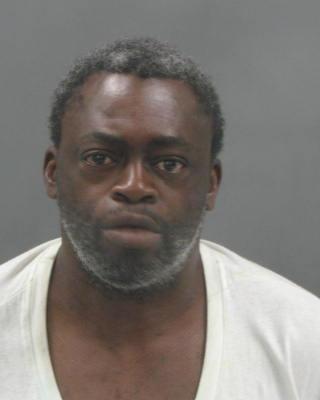 ST. LOUIS • A 7-year-old girl wounded by a stray bullet as she played on a playground May 22 died Tuesday night, St. Louis police said.

J'Nylah Douglas was struck in the head after gunfire erupted down the street from the playground at the Clinton-Peabody housing complex just south of downtown, police said. The gunfire stemmed from an argument over drugs, authorities said.

J'Nylah lived in the 6900 block of Michigan Avenue but was visiting family at the complex.

Elvis C. Smith, 48, had previously been charged in the shooting, and a first-degree murder charge was added Wednesday. Smith also faces two charges of armed criminal action, first-degree assault, and unlawful possession of a firearm.

EDITOR'S NOTE: An earlier version of this story contained an incorrect spelling of the girl's name. This version has been corrected.

The man died at a hospital after the early morning shooting.

He was shot several times and died at a local hospital.

Several people were injured in crashes he caused.

Police found a man outside in the 4800 block of Bessie Avenue who had been shot several times.

J'Nylah Douglas had been shot in the head May 22 by a stray bullet from an apparent drug dispute.

Medic critically injured in flurry of gunfire in University City

He was off-duty when he was shot on the parking lot of a laundromat.

Services set for girl killed by stray bullet as she played in St. Louis

She was hit by bullet during apparent drug dispute, authorities say.

A playground shooting forgotten, except for the slides

Soldier's chance encounter is a reminder of the danger -- even to the unintended.

Killed was Yvette Gray, 44, who lived at the Clinton-Peabody complex.

Child was hit by crossfire from a drug-related shootout, police said.

She was caught in gunfire over drug deal, police say.

J'Nylah Douglas in a photo provided by family.