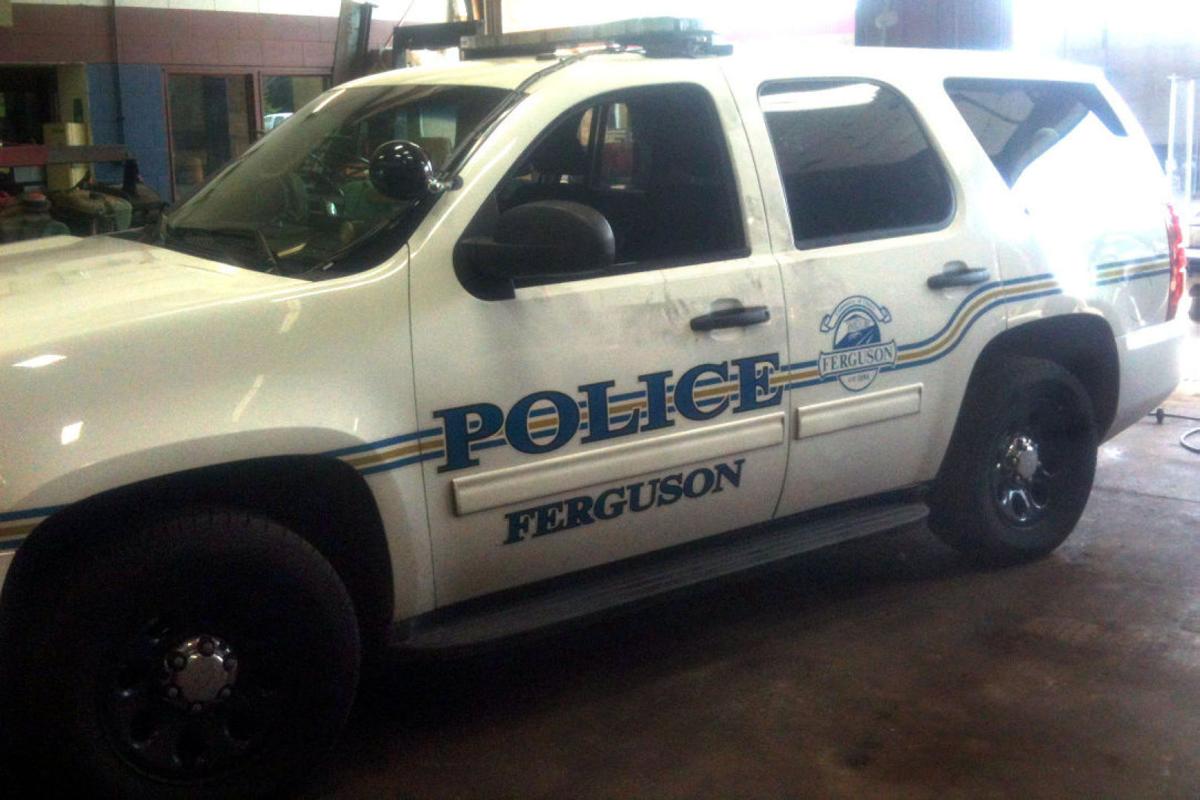 Ferguson Police Officer Darren Wilson was driving this SUV the day Michael Brown was fatally shot. Wilson has told investigators he struggled with Michael Brown over Wilson's gun in the SUV, a source told the Post-Dispatch. 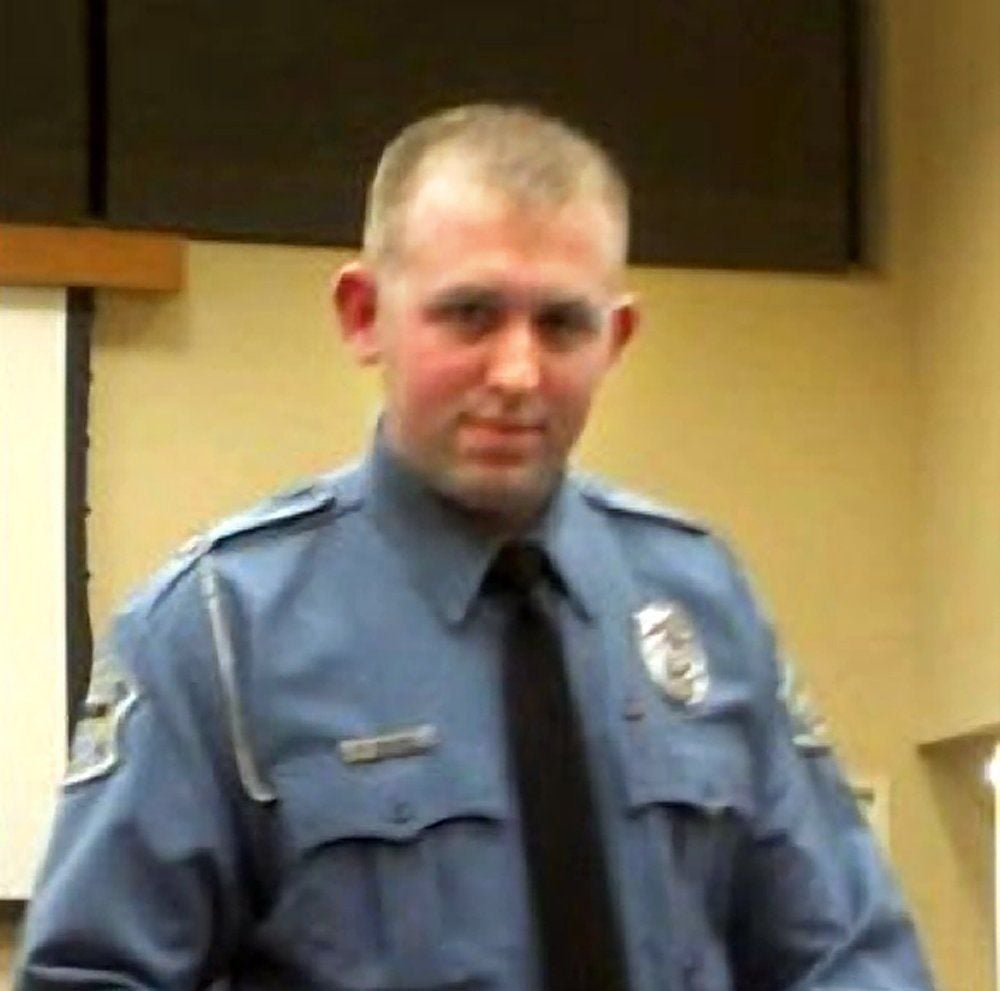 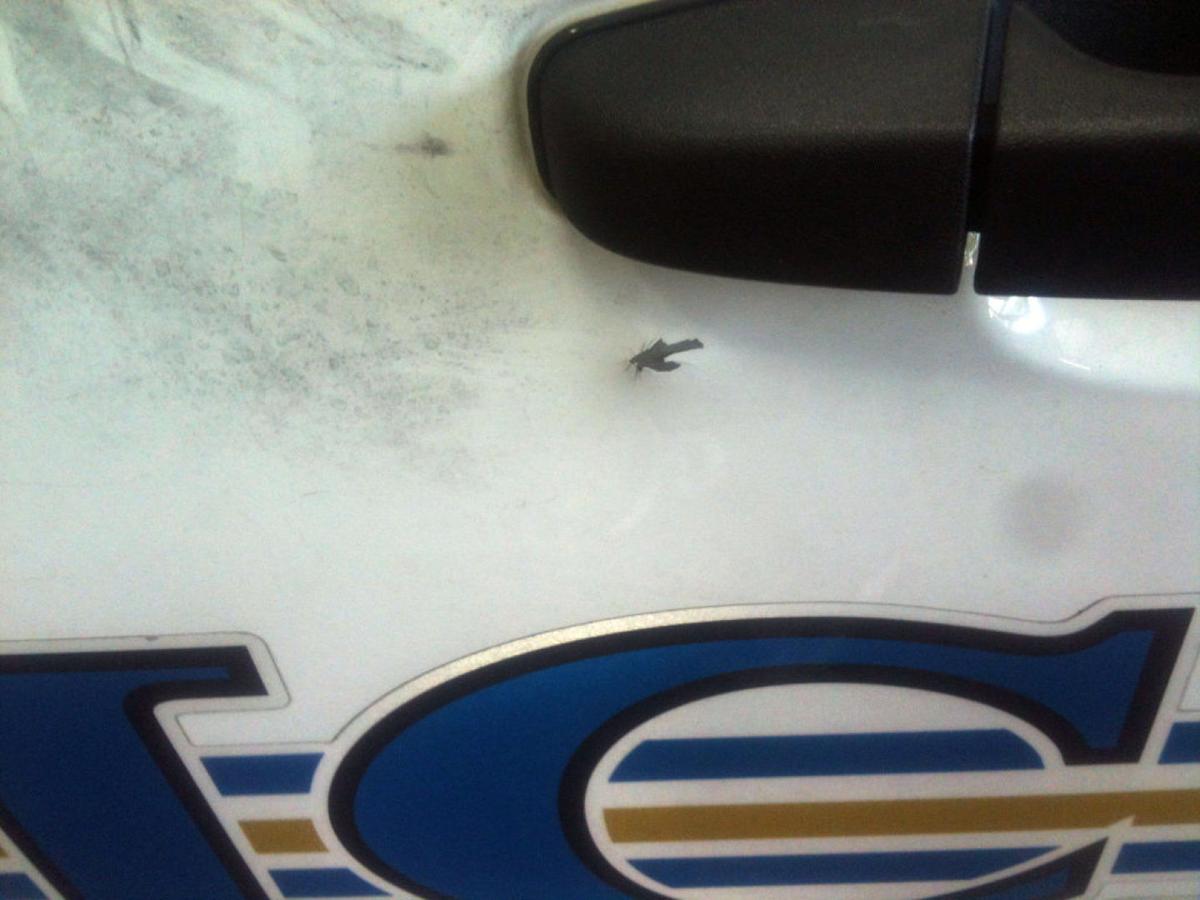 This is a closeup showing the impact of a gunshot inside the SUV Wilson was driving on the day Michael Brown was fatally shot. 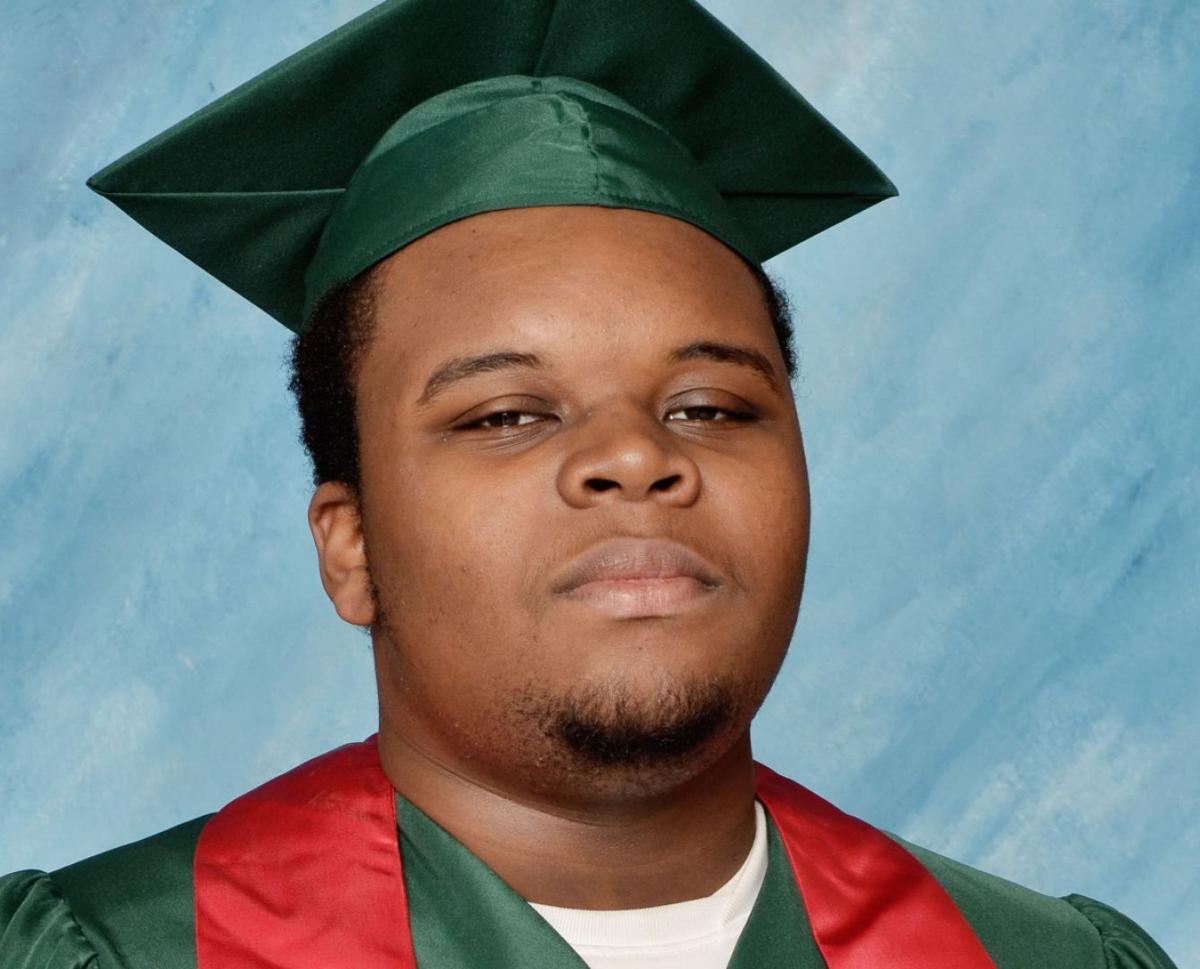 FERGUSON • Police Officer Darren Wilson told investigators that in a struggle for his pistol inside a police SUV, Michael Brown pressed the barrel of Wilson’s gun against the officer’s hip, according to a source with knowledge of his statements.

Wilson tried to prevent Brown from reaching the trigger, the source said, and when he thought he had control he fired. But Brown’s hand was blocking the mechanism.

When Wilson got two shots off, Brown was hit in the hand and ran. Wilson fired again when Brown turned back and charged at him, Wilson told investigators.

The white officer’s shooting of the unarmed black 18-year-old triggered protests, riots and a national debate over race and policing.

In the most detailed account of Wilson’s version of the Aug. 9 event to be made public, the source described how the encounter started, Brown’s refusal to stop charging at Wilson and the injuries suffered by both men.

Wilson’s version is only one of many told by various witnesses. Two witnesses say Wilson grabbed Brown through the window and tried to pull him into the SUV. Some say that after Brown broke free, he either did not move back toward Wilson, or was stumbling or walking when he was shot.

Investigators have repeatedly declined to comment on details of the investigation.

Told of Wilson’s version of events, Brown family lawyer Anthony Gray scoffed, calling it “absurd from beginning to end” and a “concocted version of events that nobody supports,” referring to other public witness statements.

Gray said the version of Dorian Johnson, who was with Brown, was more plausible. He said that the only important part of the story was the final few shots fired and that Wilson had to be justified in taking every shot.

After he finished with a call for a sick baby, Wilson said, he spotted Brown and his friend, Dorian Johnson, walking down the middle of Canfield Drive, with traffic passing on both sides.

Wilson asked or ordered the men to move to the sidewalk, said the source, who did not want to be identified because a St. Louis County grand jury and the Department of Justice are still investigating.

Johnson pointed out the pair’s destination, over and behind Wilson’s marked police Chevrolet Tahoe SUV, and kept walking.

Brown walked by holding cigarillos in his hand, and cursed Wilson, the source said.

Wilson told investigators that after Brown passed by, Wilson realized that Johnson’s clothing matched a recent radio alert about a suspect in a robbery at a nearby market where cigarillos had been taken. Wilson radioed for assistance and backed up his SUV to Brown and Johnson.

The source said Wilson told investigators he had placed the SUV in park. When Wilson tried to get out of the SUV, Brown slammed its door shut and punched Wilson in the left side of the face through the open window, the source said.

Wilson, trapped in the front seat, couldn’t use his pepper spray in the confined space because it would incapacitate him as well. His baton was at the back of his utility belt, where he was essentially sitting on it. He did not have a Taser. So he drew his gun.

Brown grabbed the pistol using his right hand, with his elbow against Wilson. Wilson described Brown as incredibly strong, the source said.

During the struggle, Brown handed the cigarillos to Johnson, then swung his left hand and hit Wilson on the right side of the face. Wilson said he almost lost consciousness, the source said. Brown then began to use his left hand in the struggle for the gun, and turned the pistol until the barrel was against Wilson’s hip.

Wilson positioned his finger to try to prevent Brown from reaching the trigger. When Wilson pulled himself back toward the passenger side of the SUV, Brown’s grip loosened enough for Wilson to try to pull the trigger, the source said.

But the gun didn’t fire. Wilson said he believed that Brown’s hand may have been on the hammer, preventing it from moving, the source said.

The second time Wilson pulled the trigger, the gun did fire. Wilson told investigators he thought the bullet had struck Brown in the hand, the source said. Broken window glass was everywhere, and blood was on the door, the gun and Wilson’s hands. At the time, Wilson said, he wasn’t sure whose blood it was.

The struggle continued, and Wilson attempted to pull the trigger twice more. The source said Wilson thought Brown’s hand may have interfered again. Wilson was able to fire a second shot, and Brown ran.

Wilson used his radio to report that shots had been fired and ask for additional cars, but during the struggle, his radio had been switched from the Ferguson channel, the source said.

Wilson said he had gotten out of the SUV and chased Brown.

The source said Wilson did not recall yelling or saying anything then, but Brown had stopped and turned.

Wilson said Brown had not had his hands up; his left hand was slightly out, fingers pointing down. His right hand was grasping his shirt. Then, Wilson told investigators, Brown began running toward him.

When Brown fell to the ground, his forward momentum caused his feet to fly up, Wilson said.

Wilson then made another radio call, for an ambulance.

Later, Wilson drove himself to the police station and was taken to the hospital by other officers. Wilson said he had bruises on the left and right sides of his face and scratches on his neck, the source said. He had no broken bones.

The autopsy report, obtained by the Post-Dispatch, also says that Brown had THC, the mind-altering ingredient of marijuana, in his blood and urine. The report says a “leafy green substance” was submitted as evidence, and a person with knowledge of the investigation said the substance was marijuana. That source also said that Brown’s blood and DNA had been found inside the SUV and on Wilson’s gun.

Most of the witnesses who have spoken publicly saw only a portion of the incident.

Johnson, 22, has said that Wilson used a profanity when he told them to get on the sidewalk, and nearly sideswiped them as he backed up. Wilson opened the door but it bounced off the men, Johnson has said, and Wilson then grabbed Brown by the throat and, later, grabbed him by the arm and tried to pull him into the car. Johnson said that Wilson’s gun had been out and that he had shot Brown once before Brown, who was bleeding, ran away.

Several other witnesses have said that Wilson fired at Brown’s fleeing form, perhaps causing Brown to turn when he was some distance from the SUV.

From there, the accounts differ. Their versions have included that Brown stood still, or walked, staggered, stumbled or fell toward Wilson. Some witnesses said Brown’s hands were up; others said they were not. One witness said Wilson was backing away as he fired at Brown.

None quoted in media accounts has said that Brown charged Wilson.

Ferguson Police Officer Darren Wilson was driving this SUV the day Michael Brown was fatally shot. Wilson has told investigators he struggled with Michael Brown over Wilson's gun in the SUV, a source told the Post-Dispatch.

This is a closeup showing the impact of a gunshot inside the SUV Wilson was driving on the day Michael Brown was fatally shot.