MONTGOMERY CITY • A St. Charles County sheriff’s deputy was sentenced Friday to serve five years in prison for breaking the law while he and other officers were at a Middletown, Mo., home to apprehend a wanted meth cook.

In August, a jury found Christopher E. Hunt, 38, guilty of felony burglary and misdemeanor counts of assault and property damage after a three-day trial that pitted police officer against police officer.

In arguments during the trial Montgomery County Prosecutor Nicole Volkert said officers had agreed to try a consensual search because they didn’t have a search warrant, but when Hunt showed up later, he kicked in a porch door and beat “a helpless, naked man” who was not resisting.

At the sentencing, Hunt broke down several times while reading a prepared statement in which he detailed his military service with the U.S. Marines and his life-long desire to be a police officer.

He said on the day of Alberternst’s arrest, he felt everyone around him was in danger.

“I had to decide in a matter of seconds what it took jurors five hours to weigh,” he said. “My intention that night was not assault, it was safety.”

Hunt’s wife also testified on his behalf, but Circuit Judge Keith Sutherland did not let St. Charles County Sheriff Tom Neer or County Executive Steve Ehlmann get on the stand after Volkert said they weren’t listed as potential witnesses.

Volkert asked that Hunt get 15 years for the burglary, in part because he is a police officer.

“This is the type of person who makes other people doubt the entire system,” she said. “He filed a false police report and lied to cover it up.”

“His law enforcement career is ended; the ability to support his family is crippled,” he said. “I don’t know what message putting him in jail would send.”

But Sutherland said he agreed with the jurors that Hunt had gone to the scene that night with the intent to get revenge on Alberternst, then “made up facts to make himself look good.”

He said it was common knowledge that police officers stick together.

“In this case we had law enforcement officers from four different agencies testifying against another officer, and that’s very telling to me,” he said.

Hunt plans to appeal his case to the Missouri Court of Appeals, and he remains free after posting 10 percent of a $100,000 bond.

After the hearing, county officials tried to write a check for Hunt’s release, but Sutherland would not allow it.

“I don’t know whether it’s normal or not, but we’re supporting our people,” Ehlmann said later. “People don’t understand what a tough job these guys have.”

Ehlmann said that Hunt had paid $5,000 of the bail money, and Neer had paid the other half.

Three other St. Charles County officers -- William S. Rowe III, Dion E. Wilson and Deric Dull -- also are charged with misdemeanor counts of assault and making a false report in the arrest. No trial date has been set in those cases.

Alberternst, who was sentenced to 10 years in prison, is now on parole and living in a medical facility because of health issues unrelated to the arrest. In February, Alberternst was awarded a $70,000 settlement after he filed a federal civil suit alleging assault and excessive force. The officers did not admit any wrongdoing.

All the officers were cleared by their departments after internal investigations, and Hunt had remained on administrative duty even after the guilty verdict.

A jury found Christopher E. Hunt, 38, guilty of felony burglary and other charges in connection with a raid.

Christopher E. Hunt, 38, is charged with burglary and misdemeanor counts of property damage, assault and making a false police report. 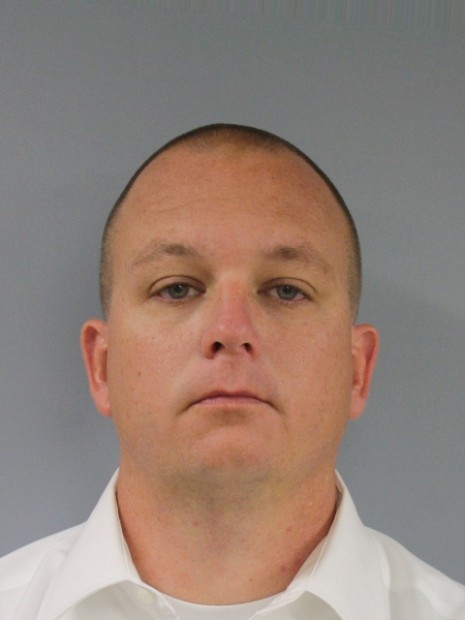 Christopher E. Hunt, 38, was sentenced to five years in prison on felony burglary and two misdemeanors. 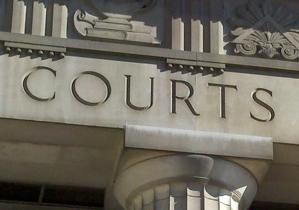