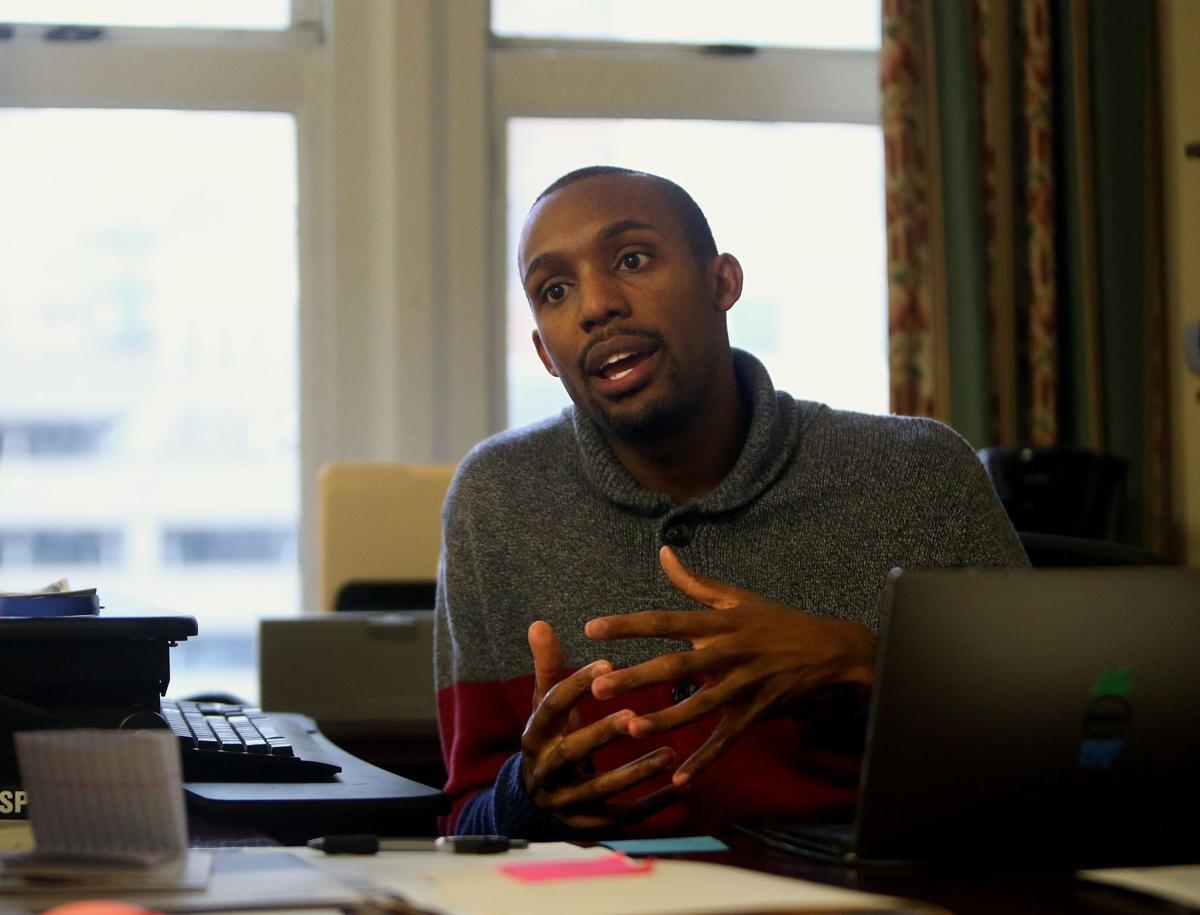 Blake Strode, the new executive director of ArchCity Defenders, talks during an interview in his office on Thursday, Jan. 11, 2018, in downtown St. Louis. Photo by Christian Gooden, cgooden@post-dispatch.com 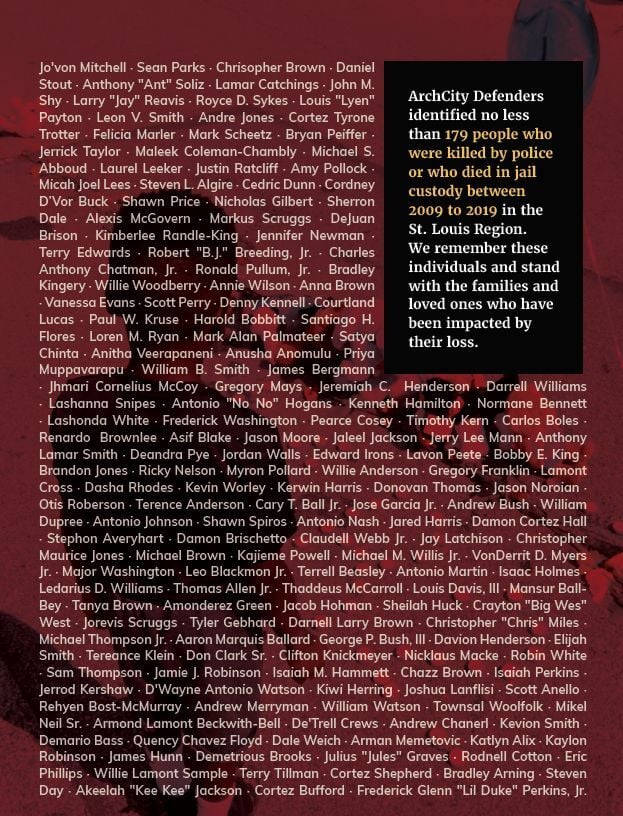 A page from ArchCity Defenders' report "Death by the State" listing victims. 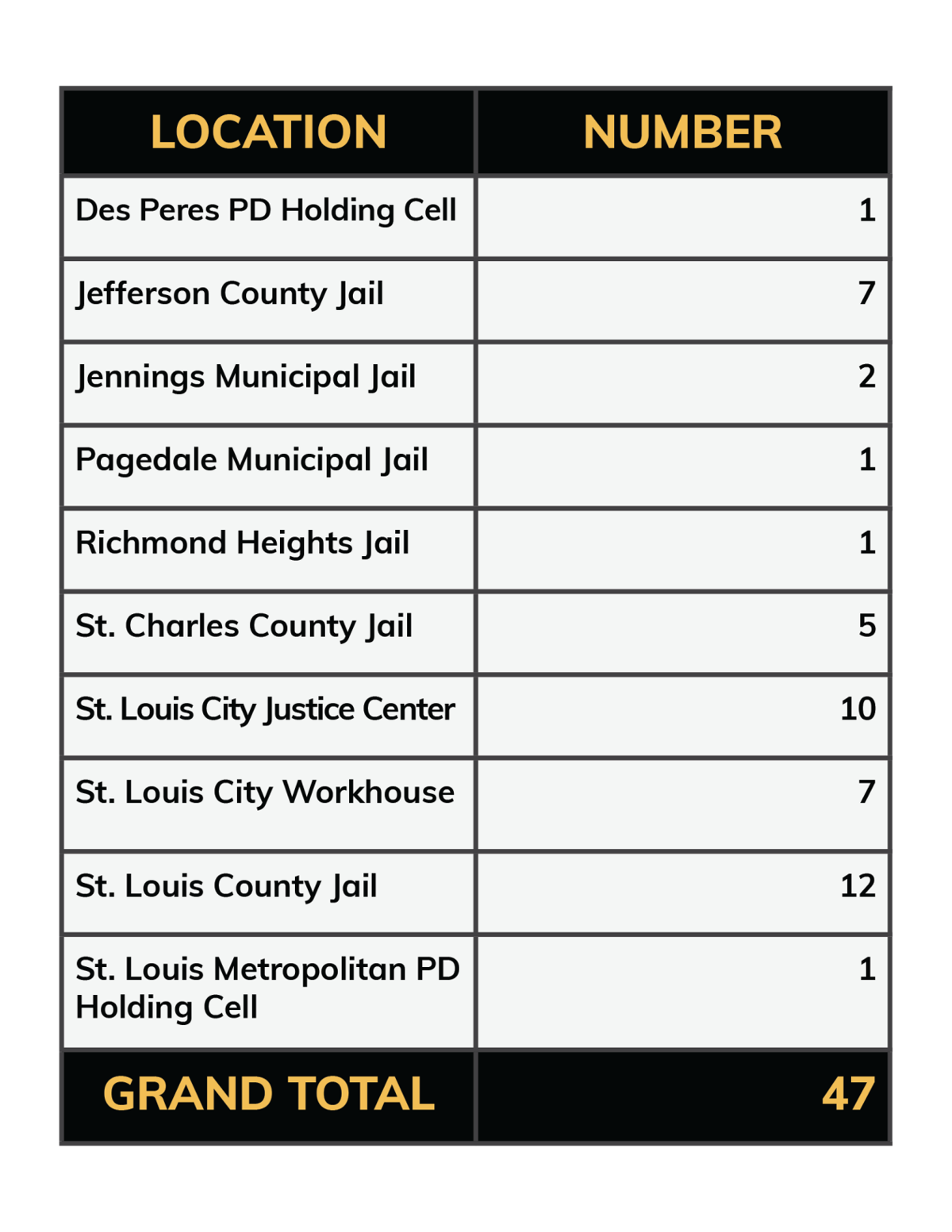 Jail deaths listed in the ArchCity Defenders' report "Death by the State."

ST. LOUIS — At least 179 people died from 2009 through 2019 in jail or in incidents involving police in St. Louis city and county, Jefferson County and St. Charles County, a public interest legal group said in a study released Monday.

ArchCity Defenders’ report, ”Death by the State,” says that 69 of the 132 who died in regional police shootings, vehicle collisions or other police-related incidents died in St. Louis. St. Louis County police officers were involved in 24 deaths in the 11-year period, according to the report.

Read the ArchCity Defenders' report 'Death by the State'

Of the total, 92% were men and 73% were Black, according to the report that used local news reports, web searches and public records requests to compile the data.

Of the deaths involving an officer, 98 were caused by a gunshot, 26 were vehicle collisions and six involved tasers. Incidents involving both on-duty and off-duty police officers were included.

Family members of three of those people killed by police officers, Cary Ball Jr., Isaiah Hammett and Tyler Gebhard, spoke during an online video presentation of the report. They shared stories of personal pain, difficulty finding attorneys to represent them in civil suits against departments and a lack of information from police about their loved one’s death.

“I was devastated by what I now know was a lack of justice in the system,” said Marlene Gebhard, grandmother of 20-year-old Tyler Gebhard, who was killed by an off-duty St. Louis County police officer at a home in 2016.

ArchCity Defenders also found 47 jail deaths, though they did not include the cause of death in those cases. The report lists that, over the 11 years, at least 12 deaths occurred in the St. Louis County jail, 10 in the St. Louis Justice Center and seven in the Medium Security Institution in St. Louis, also known as the workhouse.

The ArchCity report attempts to fill the gap in data on police use-of-force and jail deaths, but organization staff acknowledged that there may be cases they missed.

Creating an accurate analysis of police shootings nationally is considerably limited because there is no mandated government database tracking police use of force. The FBI began collecting some of the data through the National Use-of-Force Data Collection program in 2019, but participation from departments is voluntary.

The area’s two largest departments — St. Louis city and county — are both submitting their data to the FBI program, but as of November only 21 out of about 600 agencies in Missouri have participated, up from 13 in 2019, the St. Louis Post-Dispatch reported in December.

News outlets, such as The Washington Post, and other online efforts, like Mapping Police Shooting, began compiling their own use-of-force databases after realizing there was no national program, but those projects often rely on crowdsourcing and media reports, making it difficult to compare cities accurately.

The ArchCity report faults police and jails for their lack of transparency after deaths, officials and the legal system for not holding officers accountable, and the media for prioritizing statements by police over relatives. The report says the media also fails to identity the officers involved, lists the criminal history or arrests of those killed and fails to report the deaths within a larger context. The report analyzed only the first article written by the Post-Dispatch after a death involving police.

The group says city and county budgets are “so weighted on policing, there is far less money allocated to basic services and resources to combat systemic issues like poverty, racism and segregation.”

The group says the report can serve to make information about police and in-custody deaths more accessible, help educate the public and activists, and make officials more accountable.

The report was published on Martin Luther King Jr. Day in the spirit of the civil rights icon, ArchCity staff said Monday.

Blake Strode, the new executive director of ArchCity Defenders, talks during an interview in his office on Thursday, Jan. 11, 2018, in downtown St. Louis. Photo by Christian Gooden, cgooden@post-dispatch.com

A page from ArchCity Defenders' report "Death by the State" listing victims.

Jail deaths listed in the ArchCity Defenders' report "Death by the State."