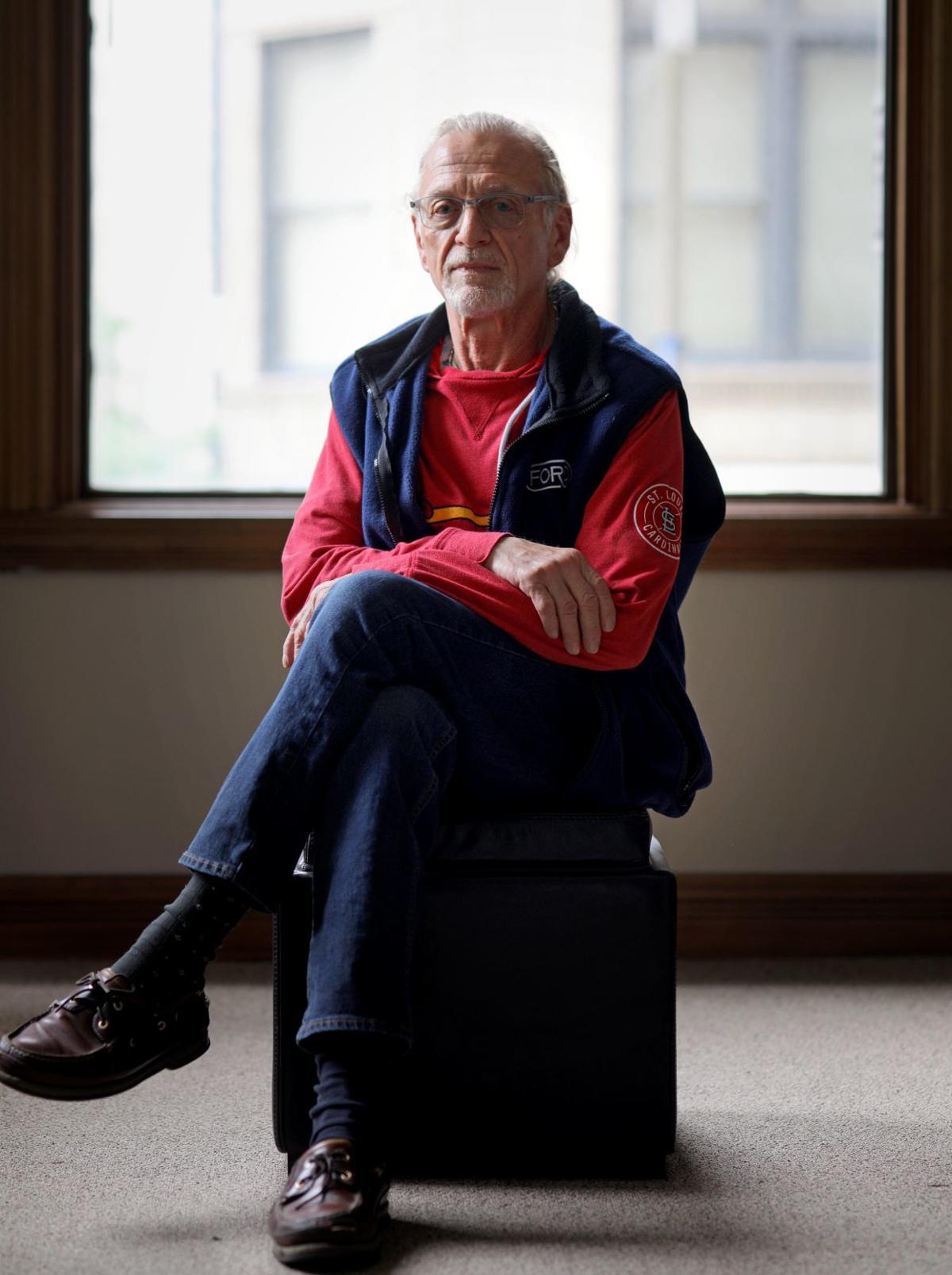 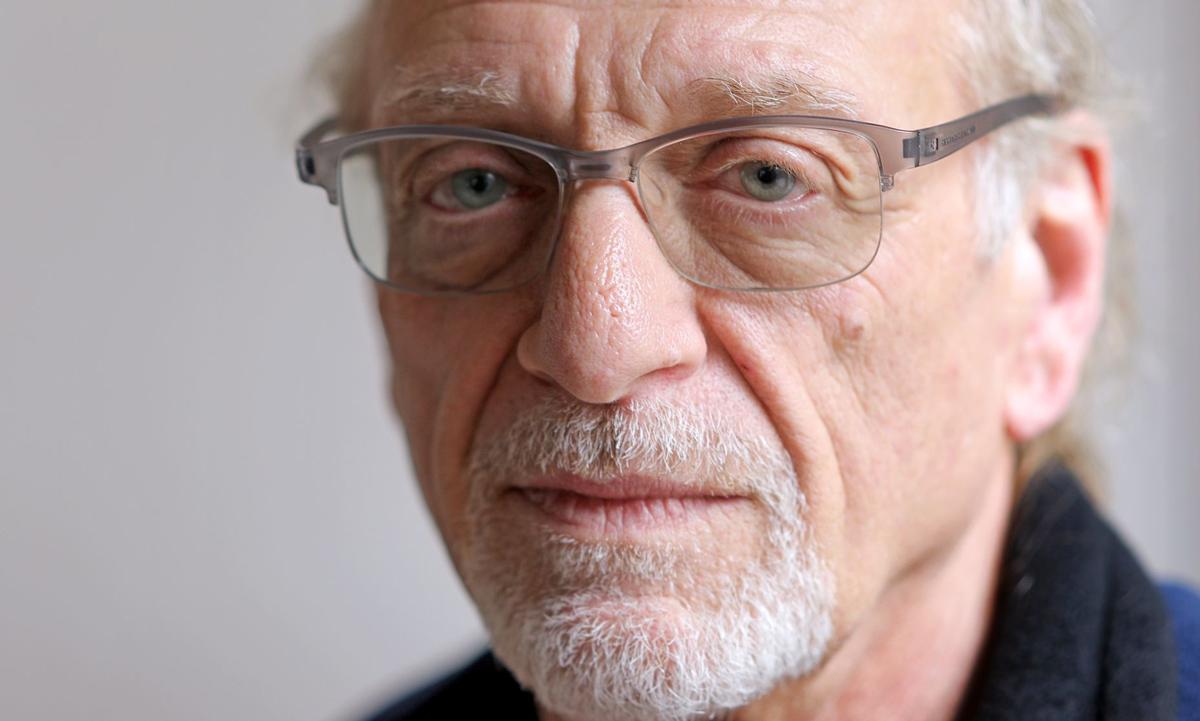 A letter Chris Boisaubin received in 2012 from his high school was both a blessing and a curse.

Boisaubin, now 65, was one of about 1,600 former students of Chaminade College Preparatory School to receive the letter from the Marianists, the Roman Catholic order that runs the boys boarding and day school in Creve Coeur.

A graduate had accused two Marianists of sexually abusing him while he was enrolled in the 1970s. The victim asked the Rev. Martin Solma to send the letter to students who had graduated while the two men had worked at the school.

Several alumni wrote back with allegations of abuse by the men and other clergy there. They filed lawsuits, saying the letter had triggered repressed memories of abuse.

Boisaubin sued the Marianists in 2014 alleging John Woulfe, a member of the Marianist order who is now dead, had abused him when he was a minor and that officials knew he had abused two other boys previously.

The order is willing to pay $50,000 to settle Bouisaubin’s case, but he would get none of the money and the Marianists wouldn’t have to admit wrongdoing of any form, said Ken Chackes, Boisaubin’s attorney.

That’s because for the last two years, Boisaubin’s case hasn’t legally been his to pursue. It’s been property of the bankruptcy court in St. Louis.

Boisaubin, a longtime IT worker, has filed for bankruptcy twice in his life and was discharged from both cases; the most recent case, in St. Louis, ended in 2009.

When he sued the Marianists in 2014, they argued that the damages he sought were an asset, like his car or home or anything else he owned, and became the property of the bankruptcy court, to be surrendered to a trustee overseeing the sale of his estate to pay his creditors.

In December, the Marianists struck an agreement with the bankruptcy trustee; the order would pay $50,000 to Boisaubin’s creditors in exchange for the trustee dropping the sex abuse case. They’re now trying to override Boisaubin’s appeal and enforce the agreement in court.

Boisaubin’s is one of at least four lawsuits claiming Woulfe abused boys while working as a guidance counselor from 1968 to 1971. After leaving Chaminade, Woulfe worked at a public school in Iroquois County, Ill., where he was accused in 2002 of improperly touching a student. He was convicted in 2004 of an amended charge of battery and died in 2005.

When the Marianists argued that Boisaubin’s sex abuse case should be part of the bankruptcy, he was agreeable to the idea at first, he said.

“I thought, OK fine, I understand the bankruptcy gets their share,” Boisaubin said. “But I assumed then that we would still negotiate … Ken (Chackes) would get paid, I would get some money, we’d pay creditors, and move on.”

“I’m not a money person and this isn’t about that,” Boisaubin said. “I want them to acknowledge what they did.”

For most of his life, Boisaubin had been depressed, steeped in resentment and anxiety without understanding why, he said.

He spent a large chunk of his high school senior year at a mental health treatment facility, struggled with alcoholism and drug addiction as an adult, and “made a series of bad decisions” that affected three marriages and strained his relationships with family.

“One gray dissatisfaction with everything,” said Boisaubin, now divorced and living alone. “It’s like you’re not there. I can’t even describe it, it’s just a darkness.

Then he received the Marianists’ letter in 2012. He recognized one of the two men accused of abuse: John Woulfe, his school counselor.

He remembered things he hadn’t recalled before: walking into Woulfe’s office one day for a counseling session; Woulfe locking the door; Woulfe asking him to sit in a reclining chair; Woulfe then reclining the chair; Woulfe fondling Boisaubin.

The letter revealed a trauma Boisaubin didn’t know he had suffered and therefore didn’t have a chance to reconcile, he said. It offered a chance at healing. And justice.

The Marianists’ move to have his bankruptcy case reopened rubbed salt in his wound, Boisaubin said.

The bankruptcies were the result of decisions he made while feeling the effects of his high school trauma and struggling to keep employment, he said.

He left Washington University just before graduating to elope with his then girlfriend. He started and stopped medical school at St. Louis University. He bought a laundromat to try to start a business. He bought a home near Chicago with a mortgage he couldn’t pay back, and a 2006 Ford Freestyle Limited for $14,725. Credit card debt and bills mounted.

He filed for bankruptcy in Chicago in 1990, and in St. Louis in 2009. Both were Chapter 7 bankruptcies, meaning Boisaubin would surrender his property and assets to pay part of the debt.

He was discharged from the St. Louis case after surrendering his property, including a home in suburban Chicago then worth about $250,000, to make payments on a total debt of $443,299 from 29 creditors.

After Boisaubin filed suit against the Marianists, the Chicago bankruptcy court was unable to locate the paper records to identify creditors who might want to claim part of any damages Boisaubin could win. But in St. Louis, seven creditors claimed just under $52,915.

Only one creditor, a friend who made a personal loan to Boisaubin, objected to the Marianists’ agreement with the trustee. The court overruled that objection and approved the agreement on Feb. 20.

Boisaubin appealed in March, and the trustee reneged on the agreement.

Chackes wrote a letter to the Marianists, included in court filings, demanding that any settlement should provide no less than $150,000 for him and Boisaubin, and include provisions “that would indicate to the public that the Marianists and Chaminade take seriously all allegations of sexual abuse by their members, acknowledge that survivors often suffer significant harm from the abuse, and that the defendants are sorry for what happened to Mr. Boisaubin.”

In response, the Marianists filed a motion last week trying to push through the agreement. The court could hear their argument June 11.

Boisaubin could never afford therapy, he said. But after seven years, he feels something like healing.

He has a job he enjoys, delivering supplies to nursing homes, a small home in the Metro East that he can afford and a dog he adopted. He is writing creatively, something he had loved as a kid but stopped doing while at Chaminade. He even goes to church sometimes.

“I’m not happy about it (the lawsuit), but, if I never found this (the abuse memory) out I would have died a sad, drunk old man,” Boisaubin said. “And I look at that, and that is redemption. That is a new start.”

But Boisaubin says he owes it to victims of sexual abuse to pursue his case and force the Marianists to acknowledge the abuse.