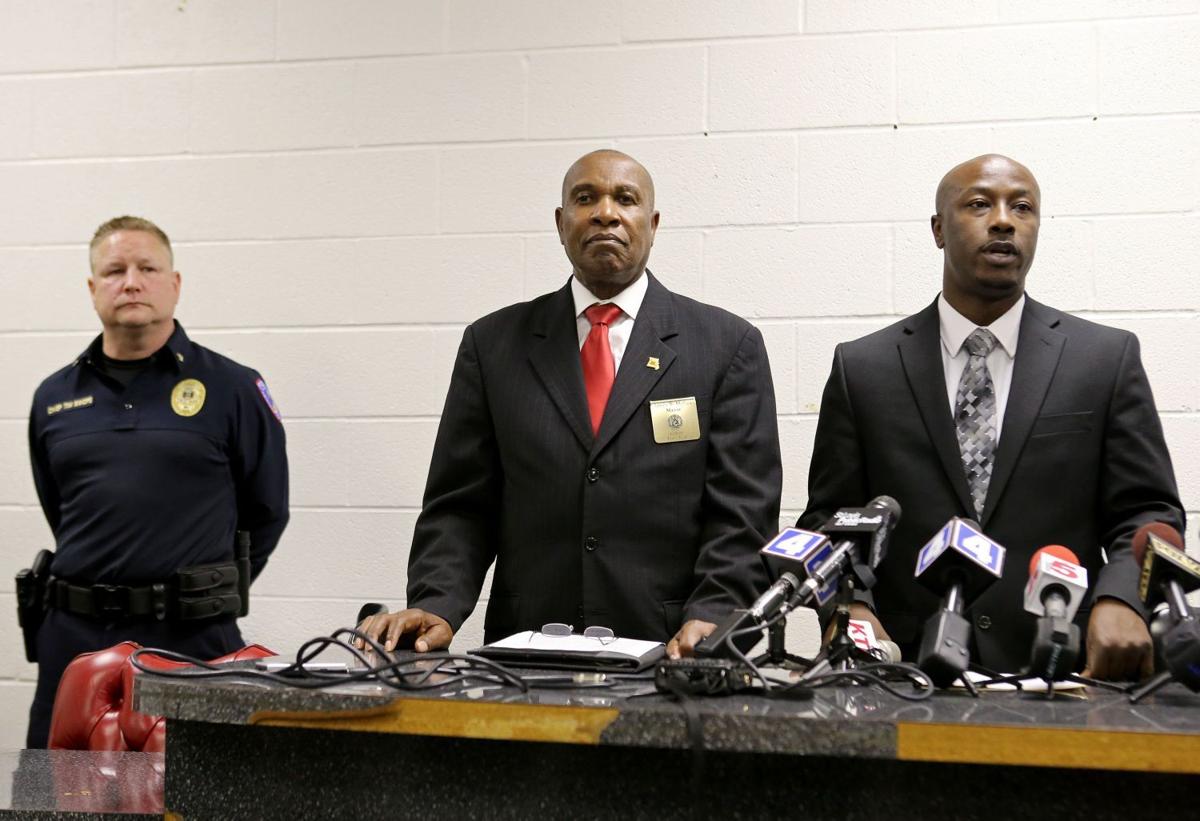 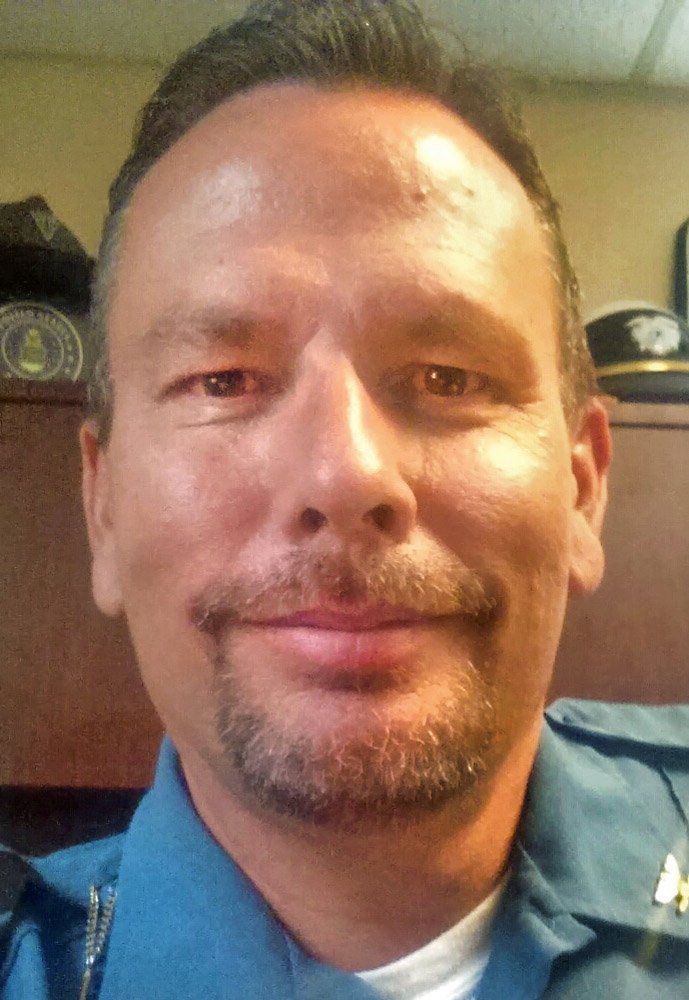 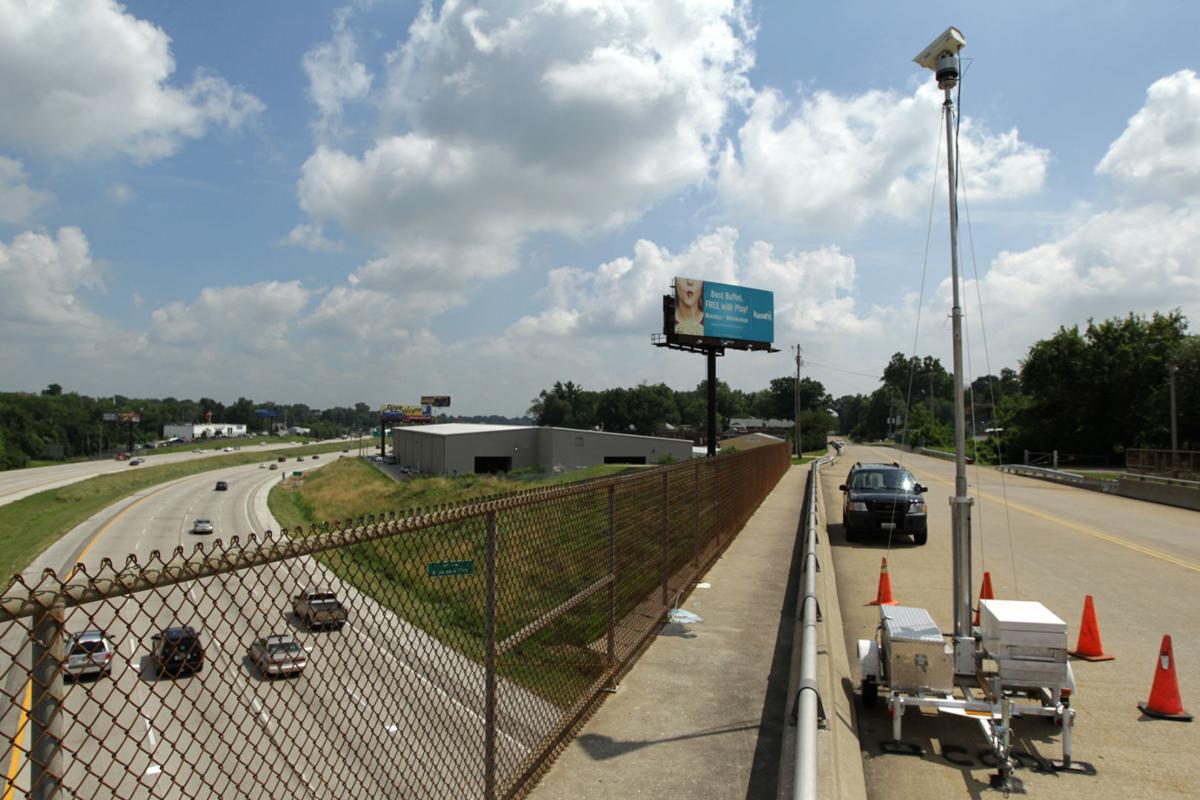 July 13, 2010 -- A portable speed camera (right) sits on the Lackland Road bridge pointing down on the north bound traffic of Interstate 170 on Tuesday in Charlack. Photo enforcement on I-170 began last week. Behind the camera is a Charlack Police officer in the vehicle. Huy Mach hmach@post-dispatch.com 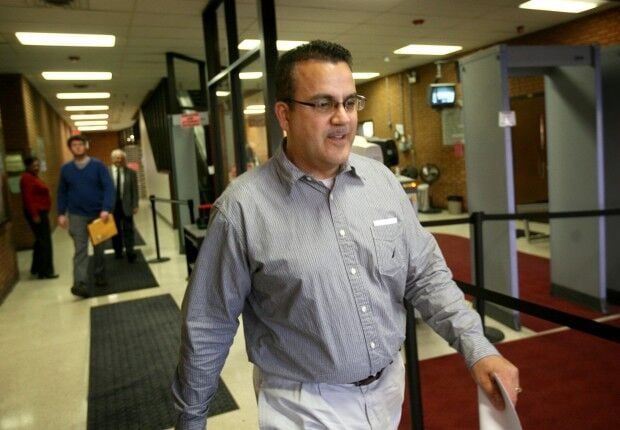 CHARLACK • As early as Friday, the controversial Charlack Police Department may come to an end, as municipal officials here move toward contracting for law enforcement.

Its rocky reputation as a speed trap along a short stretch of Interstate 170, near Lambert-St. Louis International Airport, led to widespread complaints that Charlack valued revenue over safety. A former Charlack police chief, Anthony Umbertino, was convicted of stealing from the city.

Lawsuit settlements and declining property values put the budget in a slide, Mayor Frank Mattingly said Wednesday, but it was a new state-imposed limit on traffic ticket revenue that provided the final push.

City council members are prepared to vote Thursday on signing a contract with the North County Police Cooperative, based in Vinita Park.

Charlack is one of eight municipalities predicted to lose their police departments as a result of passage of Senate Bill 5, which requires that St. Louis County municipalities’ general operating revenue not exceed 12.5 percent from traffic fines.

“With Sentate Bill 5 passing, we knew it was going to be inevitable, and instead of it taking the next six months to figure out, we said, ‘Let’s just do it now and everybody can have a Merry Christmas,’ ” Mattingly said.

Chief Tim Swope of the police cooperative made the only approach to offer contract services, Mattingly said. Swope could not be reached Wednesday.

County police said they received a call Saturday from an on-duty watch commander in Charlack, warning that the department might have closed as soon as Tuesday. County Chief Jon Belmar said his department asked about bidding on the contract, but Mattingly said terms would include retaining five of the eight Charlack officers.

Belmar told county police commissioners meeting Wednesday, “We don’t have the ability to do that.” He cited the need to do background checks, plus other transition issues, such as adjusting communications “to make sure we don’t have any gaps in service.”

County police provide primary protection for about one-third of the county’s residents who live in unincorporated areas, and about two dozen municipalities under contract.

Mattingly said his city had concerns about whether the county police had enough staff. “There is no disrespect whatsoever to St. Louis County by any means,” he explained. “We were looking for someone to take on five of our cops and in close proximity to Charlack right now to allow our residents to see familiar faces.”

Mattingly said the overall budget for the city of about 1,300 people was about $1 million a year. He did not know how much went to the police. He also said the situation was not desperate.

“It’s not like we opened the book and went, ‘Oh, hey, we’re out of money,’ ” he said. “We’ve been watching it all along, and we needed to make a move and make it happen.”

Charlack’s use of a speed enforcement camera drew strong criticism several years ago. That happened under Umbertino, who, along with a former mayor, James Beekman, was sentenced in federal court to five years on probation for thefts cases involving city funds. The city no longer uses speed cameras, Mattingly said.

The mayor said Charlack police had kept the crime rate down there and he hoped contract officers could keep it that way.

The relatively new North County Police Cooperative is an extension of the Vinita Park police. It also patrols Wellston, after it disbanded its department, and Vinita Terrace. Mattingly said he hoped Charlack would be next.

“Just like anything else,” he said, “when you band together and help each other out, it will make for a stronger community.”

Editorial: Another committee to study a problem with an obvious solution

Anyone with an attorney usually can get a deal that keeps points off their license.

July 13, 2010 -- A portable speed camera (right) sits on the Lackland Road bridge pointing down on the north bound traffic of Interstate 170 on Tuesday in Charlack. Photo enforcement on I-170 began last week. Behind the camera is a Charlack Police officer in the vehicle. Huy Mach hmach@post-dispatch.com 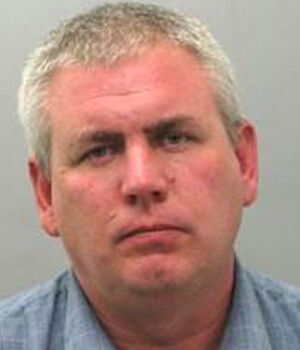