No one was injured in the incident Saturday in the parking lot of the Midtown development when someone leaned out of the roof of a fleeing Honda Accord and fired shots toward several teens and police officers. But the incident drew public outcry, largely because three apprehended teenagers were released after the shooting.

Police said one of the boys, 15, had a Glock 29 modified to be fully automatic; another boy, 16, had a stolen Glock 19. Police said authorities with the juvenile court, which falls under family court, advised officers to release the three boys to their parents.

But court officials said late Tuesday afternoon that the apprehended teenagers were not officially presented to the court.

“The police did not bring them to juvenile court for detention,” Joel Currier, spokesman for the 22nd Judicial Circuit, said in a press release. “No juvenile legal officer or judge was contacted regarding the incident. Instead, a phone call occurred between the intake office and a police officer. The parties disagree as to the content of the conversation.”

Intake officers at the juvenile court are supposed to be available 24 hours a day to consider juvenile cases.

Both Chambers and St. Louis police Sgt. Charles Wall noted that the juveniles’ guns were confiscated, and the teens could still be charged.

It was unclear if the boys who were apprehended were the ones being shot at, and it was unclear what happened to the occupants of the Honda Accord that fled the scene.

“The incident Saturday night at City Foundry STL was unfortunate and the first of its kind at our property,” Will Smith, asset manager at the Foundry, said in a statement Tuesday. “We are grateful no one was injured.”

He said the Foundry has 24-hour private security contracted.

“We also routinely meet with the St. Louis Metropolitan Police Department and our security firm to access and implement recommended security practices.”

By Tuesday, a mobile surveillance camera tower, plugged into the city’s real-time crime center, was positioned in the surface parking lot, which borders Foundry Way and Vandeventer Avenue. 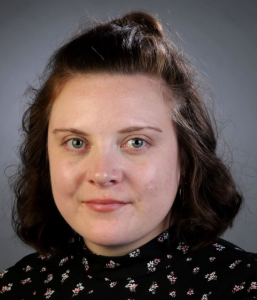 Watch now: How to explore the data in the St. Louis-area homicide tracker

The St. Louis Post-Dispatch tracks the data behind reported homicides on an interactive map that allows readers to explore information in vari…