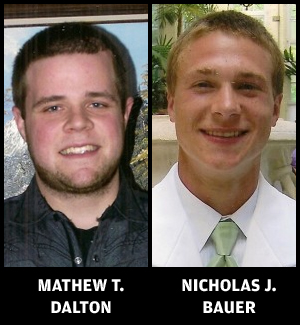 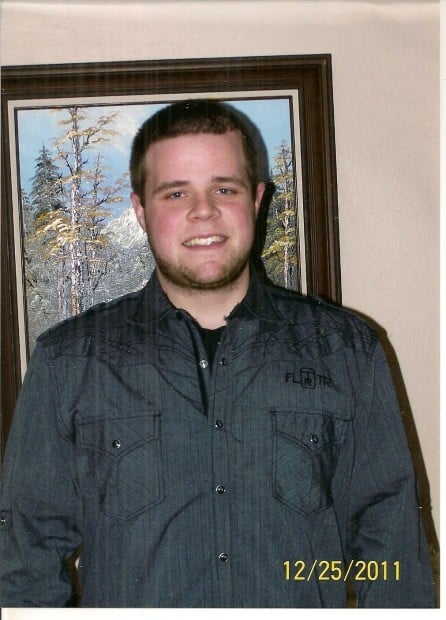 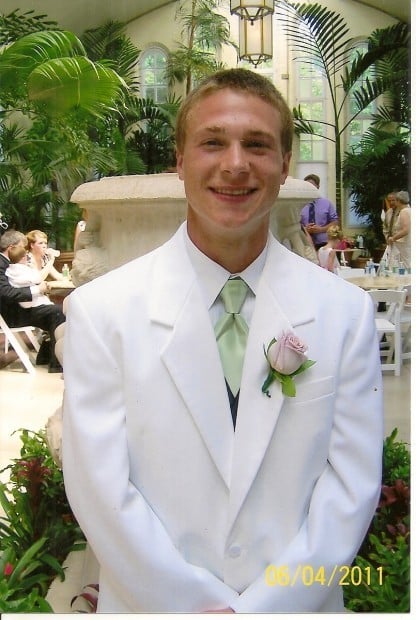 FENTON • Two cousins from Arnold who died in a weekend car crash in St. Louis County will be buried side-by-side after a funeral Wednesday.

"They were inseparable," said Jeanette Mace of Arnold, the mother of one victim and the aunt of the other.

Mathew T. Dalton, 25, and Nicholas J. Bauer, 22, were fatally injured when the car, driven by Bauer, ran off South Old Highway 141 near Gravois Bluffs Boulevard at about 1:40 a.m. Saturday.

Mace, who is Dalton's mother, said her son and nephew were on their way to an aunt's home about a quarter-mile away when the Chevrolet Cobalt crashed. Police told the family that the car was going too fast and the driver lost control, Mace said.

The car left the road and hit a tree, police said.

Bauer was thrown from the vehicle. Neither he nor Dalton was apparently wearing a seatbelt, police said. Both died at the scene.

St. Louis County Police Officer Rick Eckhard said toxicology tests are pending, and the results of the police department's accident reconstruction are not final yet.

Mace said Dalton graduated from Fox High School in 2005 and had worked in the warehouse at UPS for about five years. Survivors include his father, Douglas Dalton; a stepfather; a stepmother; a sister; and a brother. He was preceded in death by two half-siblings.

Mace's nephew, Bauer, graduated from Seckman High School in Imperial and worked full-time for his father's irrigation company, H 2 Pro Inc. in Arnold. He lived with his father, Edward Bauer, in Arnold and is survived by four half-sisters, Mace said.

"They both loved hockey," Mace said. "They were very close to their family. They lived every day to the fullest."

Visitation for Bauer and Dalton will be from 2 to 9 p.m. today (Tuesday) at Kutis Affton Chapel, 10151 Gravois Avenue.

Brendan D. Ross of O’Fallon, Mo., turned himself in at the New Haven Police Department.

He wounded one officer and deafened another when he fired at them after crashing car.

The crash happened at about 8:30 p.m. Sunday on Pershall Road.

Police are looking for the car that struck and killed the woman.