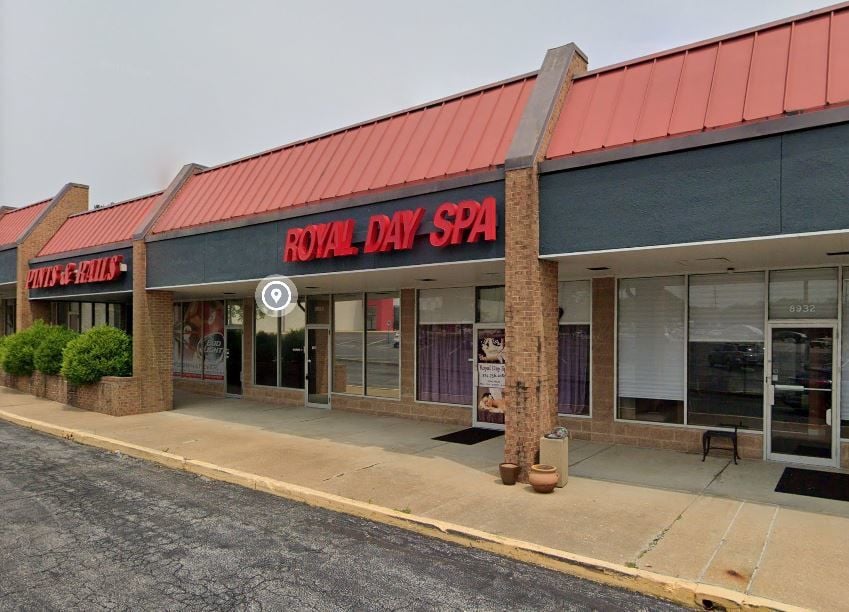 A Google Streetview image of the Royal Day Spa, 8928 Watson Road in Crestwood. 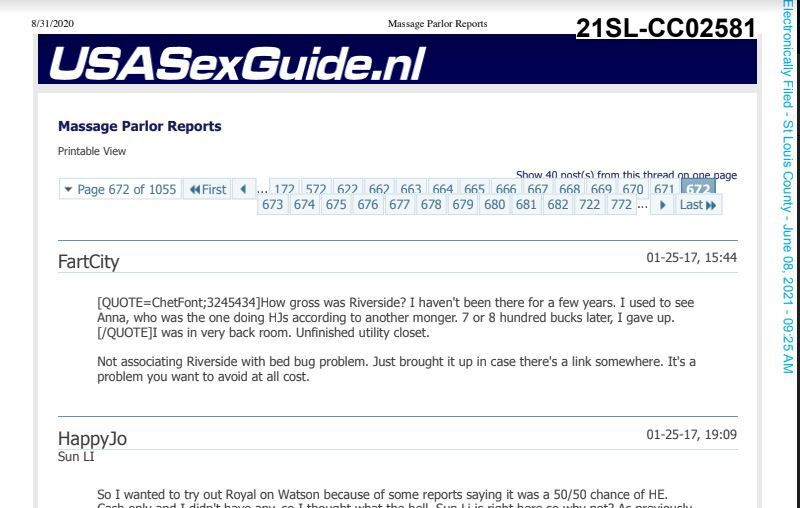 Above is a screen shot of a website discussing sex trafficking in the St. Louis area, an excerpt of an exhibit included with a lawsuit filed by the Missouri Attorney General's Office alleging prostitution at a Crestwood massage parlor.

ST. LOUIS COUNTY — A Crestwood massage parlor should be shut down because it’s a hub for prostitution and human trafficking, according to a lawsuit filed Tuesday by the Missouri Attorney General’s Office.

The lawsuit in St. Louis County Circuit Court comes after reports to police and online of customers paying for sex at the Royal Day Spa at 8928 Watson Road.

“Human trafficking is a scourge on our society — a dark underworld that traps victims and reaches to all corners of the globe, including right here in Missouri,” Attorney General Eric Schmitt said in a news release.

A woman who answered the phone Tuesday at Royal Spa repeatedly said, “No English, sorry,” before hanging up. Xu Hong Yin, the parlor’s Chicago-based registered agent, could not be reached.

Royal Day covers its windows to prevent people from seeing in, stays open until 10 p.m. and charges below-market prices for massages, enabling employees to profit from prostitution, the lawsuit says. It asks a judge to deem the business a nuisance and stop it from engaging in prostitution.

The suit is among several Schmitt’s office has filed in Missouri as part of efforts to combat human trafficking at “illicit massage businesses.”

There didn’t appear to be any charges filed against anyone associated with the business as of Tuesday, according to a spokesman with the St. Louis County prosecutor’s office.

A Google Streetview image of the Royal Day Spa, 8928 Watson Road in Crestwood.

Above is a screen shot of a website discussing sex trafficking in the St. Louis area, an excerpt of an exhibit included with a lawsuit filed by the Missouri Attorney General's Office alleging prostitution at a Crestwood massage parlor.