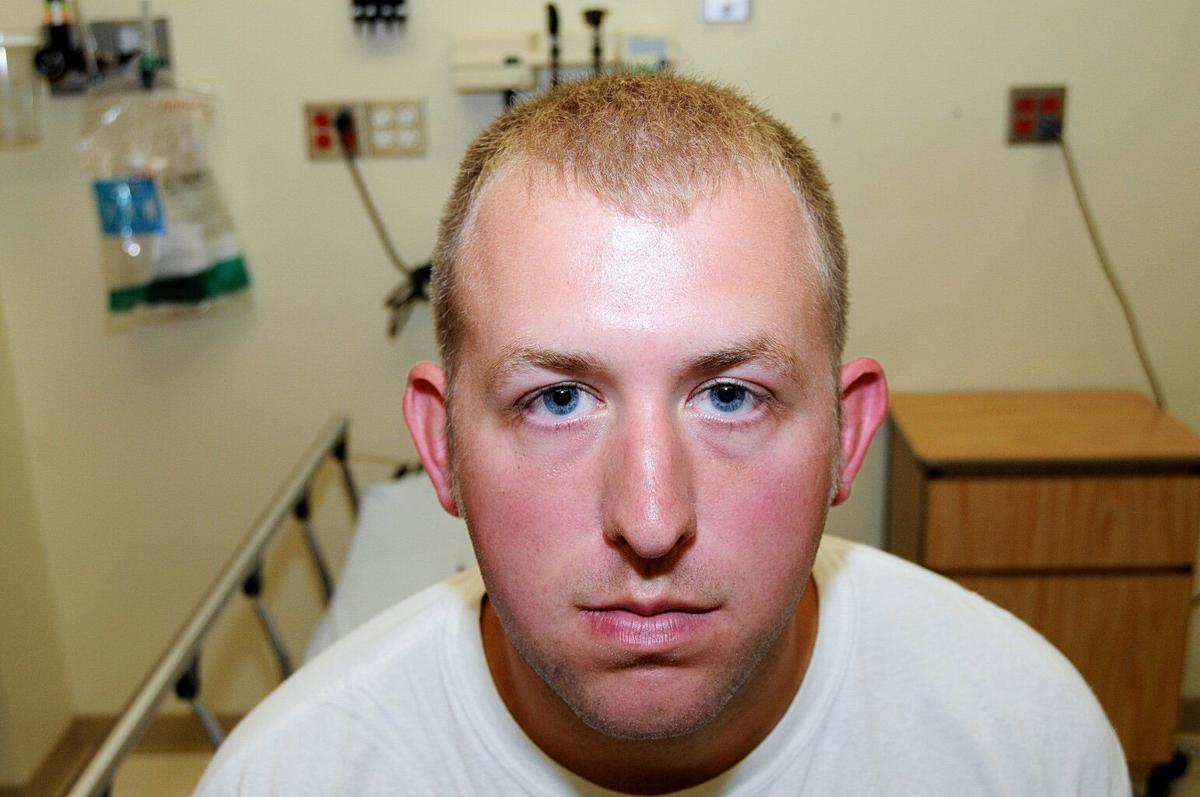 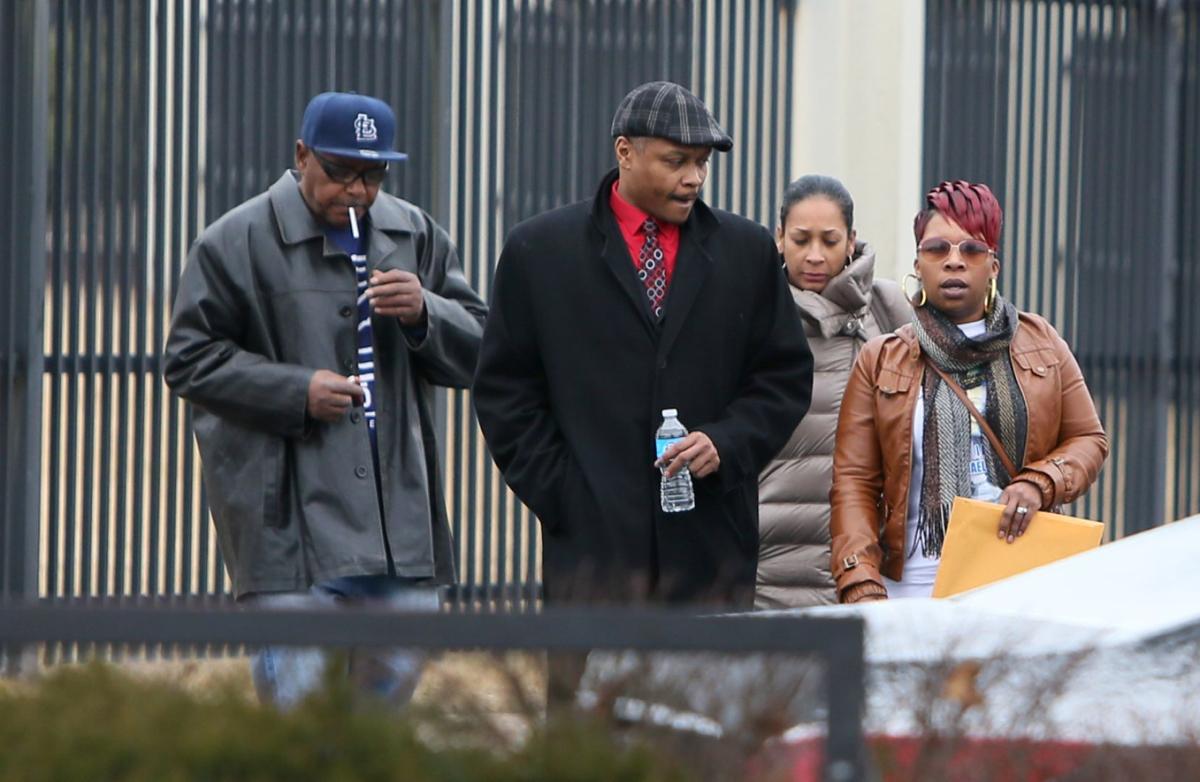 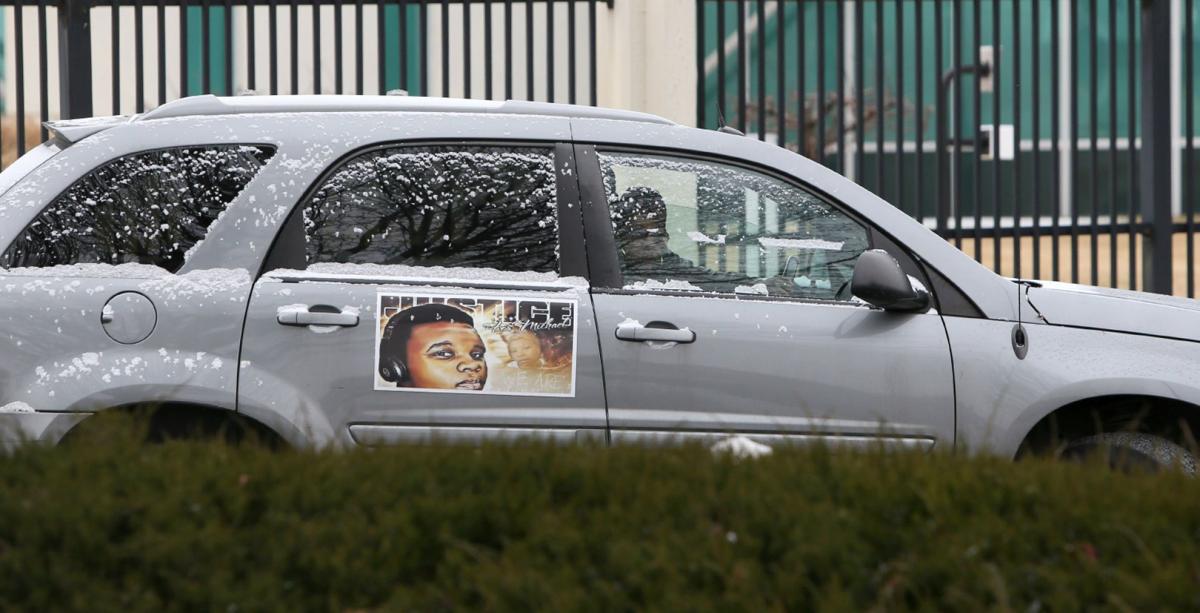 It was reasonable for police Officer Darren Wilson to be afraid of Michael Brown in their encounter last summer, a Justice Department investigation concluded, and thus he cannot be prosecuted for fatally shooting the unarmed 18-year-old.

In a speech in Washington, Attorney General Eric Holder concluded, “Michael Brown’s death, though a tragedy, did not involve prosecutable conduct on the part of Officer Wilson.” Holder said that the decision “represents the sound, considered and independent judgment of the expert career prosecutors,” and that he concurred.

The announcement came at the same time as a separate Justice Department report strongly rebuking Ferguson for a pattern of racism in its policing and municipal court. That was handled separately from the question of whether to prosecute the white officer for killing the black teen.

“While we are saddened by this decision, we are encouraged that the DOJ will hold the Ferguson Police Department accountable for the pattern of racial bias and profiling they found in their handling of interactions with people of color,” it said. “It is our hope that through this action, true change will come not only in Ferguson, but around the country.

“If that change happens, our son’s death will not have been in vain.”

Neil Bruntrager, the attorney for Wilson, said, “I think it is a thorough and exhaustive examination of the evidence that reaches the only conclusion it could have reached, and that is there was no wrongdoing on Darren’s part.”

St. Louis County Prosecuting Attorney Robert McCulloch told reporters Wednesday that the federal report was based on the same information his office presented to a grand jury in Clayton that on Nov. 24 reached the same conclusion.

McCulloch, who had faced heavy criticism for refusing to file charges himself or to step aside, said, “I never felt incriminated, so there is no reason to feel vindicated.”

The issue for McCulloch and the grand jury had been whether to charge Wilson with murder or some other state crime. The federal investigation was looking for evidence that Wilson had violated Brown’s civil rights.

The announcement came after Justice Department officials reviewed the documents with top officials in Ferguson on Tuesday, and with Brown’s family late Wednesday morning. Those briefing the Browns included the chief of the criminal division. Officials also emailed an advance copy of the report Wednesday to Wilson’s attorneys.

Ferguson Mayor James Knowles III made no mention of Wilson or Brown when he read a statement Wednesday evening about the report on racial bias. He took no questions.

The Justice Department report details the encounter on Canfield Drive about noon Aug. 9 that began when Wilson drove up in a police SUV and told Brown and a companion to stop walking in the street.

It says bruises on Wilson’s jaw, scratches on his neck and the presence of Brown’s DNA on Wilson’s collar, shirt and pants help corroborate the officer’s claim that Brown reached into the vehicle and punched and grabbed him. The officer’s DNA was found on Brown’s palm. Forensic tests showed that the men struggled over Wilson’s pistol, and it went off.

Brown, wounded in the thumb, ran down the street with Wilson in foot pursuit and turned toward the officer before being shot six to eight times, the report says.

The teen had no wounds in the back, and investigators found no evidence to support claims that Wilson had fired at his back. Blood on the pavement showed that Brown ran at least 180 feet from the SUV before turning around and coming back about 21.6 feet toward Wilson. The two were determined to be eight to 10 feet apart when the final shot was fired.

The document says Wilson had reason to be afraid of being disarmed, whether Brown had a weapon or not.

It details statements made to investigators and assesses the viability of potential witnesses in court based on contradictions in their statements, whether their observations fit the physical evidence and if their criminal records opened them to impeachment on cross-examination.

The report cites eight witnesses whose statements suggesting Wilson acted in self-defense had matched the forensic evidence. And it discredits more than a dozen accounts to authorities and the grand jury — labeling many as inaccurate, inadmissible, and, in at least one case, “incoherent.”

The investigation notes that credible witnesses gave varying accounts of exactly what Brown was doing with his hands as he moved toward Wilson, and how he was moving. There were reports he was “charging” or “running” or moving in “slow motion.”

Some people said they feared for their lives had they been identified in the community as defending Wilson’s actions. One woman admitted lying about Brown’s being on the ground when he was shot, and she later barricaded her apartment door with a couch to try to prevent authorities from serving her with a subpoena.

The report concludes that statements by Brown’s companion, Dorian Johnson, spawned the popular protest narrative “Hands up! Don’t shoot!” but that he was not credible when compared with other evidence. Johnson had been with Brown at a market where Brown stole cigarillos shortly before the fatal encounter.

According to the report, Johnson claimed that Wilson had reached out of the SUV and grabbed Brown by the throat and tried to pull the 289-pound teen through the window. He said that “at no point did Brown ever strike, punch or grab any part of Wilson,” but he could not explain how Wilson had been injured.

Johnson also claimed that just before being shot, Brown stopped running, put his hands up and said, “I don’t have a gun,” or, “I’m unarmed.”

It also suggests that Johnson thought Brown was “surprisingly aggressive” that day, and that an autopsy showed Brown would have had some impairment from marijuana use.

The only basis for prosecuting Wilson under federal law, the report says, would be if the government could prove that “his account is not true — i.e., that Brown never punched and grabbed Wilson at the SUV, never attempted to gain control of Wilson’s gun, and thereafter clearly surrendered in a way that no reasonable officer could have failed to perceive.”

It adds, “There is no credible evidence to refute Wilson’s stated subjective belief that he was acting in self-defense.”

Even if Wilson mistakenly interpreted Brown’s conduct as threatening, the report says, “The fact that others interpreted that conduct the same way as Wilson precludes a determination that he acted for the purpose of violating the law.”

When asked why he didn’t drive away or wait for backup after the initial encounter with Brown, Wilson told federal investigators he gave chase because he felt that Brown “posed a danger to others, having just assaulted a police officer and likely stolen from the Ferguson Market.”

Stephen Deere, Chuck Raasch, Steve Giegerich and Joel Currier of the Post-Dispatch contributed to this report.

Says other police departments should be watching Ferguson, too

Process is different from Justice Department investigation in Ferguson.

Three years after the federal government imposed reforms in a New England town, the experiences should offer hope and caution to the people of Ferguson.

Allegations of disproportionate stops of African Americans, over-reliance on tactical practices and inadequate citizen-complaint and interaction included in report.

Looking back at Ferguson, as it unfolded

After Darren Wilson shot Michael Brown on Aug. 9, 2014, the protests, fueled by social media, continued for weeks and spread across the countr…