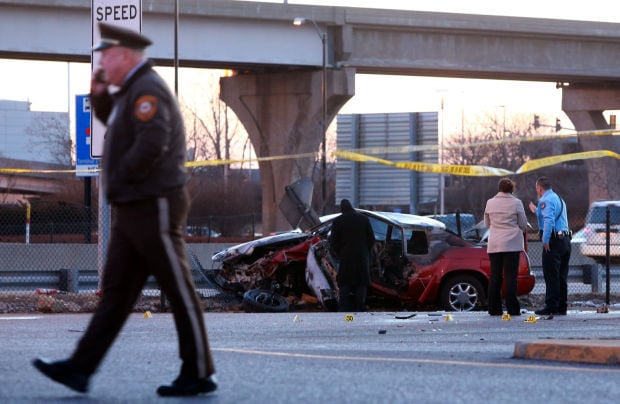 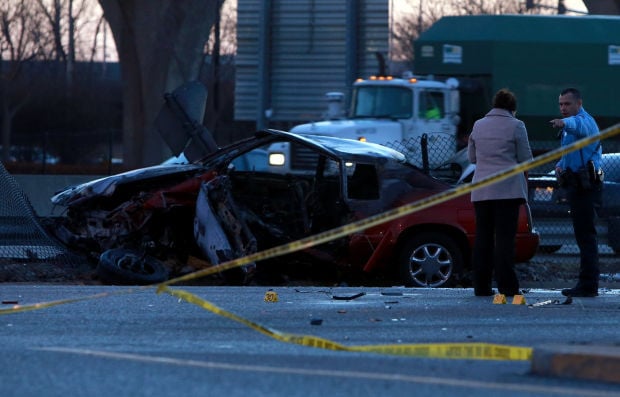 WOODSON TERRACE • The man who died last month after a car crash and bizarre shootout with police had a lengthy criminal past, but detectives say they may never know what sparked the events that led to his death that day.

Authorities used dental records to identify the man as Damon Brischetto, 29, of the 8400 block of Engler Avenue. They released his name to the Post-Dispatch on Monday.

An officer spotted Brischetto speeding early on Feb. 27 but soon found the car had crashed and caught fire. Brischetto started shooting at police officers who came close to the car to rescue its occupants, police say. He shot a St. John police officer, who was wearing a ﻿bulletproof vest.

St. Louis County Police Officer Brian Schellman said Monday that he had talked with the detectives on the case and they had nothing definitive for a motive.

“They don’t know, and may never know, what caused him to speed,” Schellman said. “Or why, when someone is trying to save his life, he’s trying to take someone else’s.”

Brischetto had convictions for drugs, tampering, forgery and possession of methamphetamines. As recently as Feb. 21, less than a week before he died, he was arrested on a warrant for domestic assault. It appears there were no outstanding warrants for him on the day of the crash, but he had been paroled the month before after serving part of a seven-year prison sentence and presumably would be headed back to prison for any violations.

Brischetto’s cause of death hasn’t been determined. He was injured in the crash, was shot in the shootout and suffered “thermal injuries” from the car fire, according to the medical examiner’s office.

The pathologist who performed the autopsy will determine which injuries were fatal. The pathologist will probably wait until toxicology results are completed before making a determination.

A friend of Brischetto declined to talk about him or the case. “We have a lot of questions, too,” she said. His relatives could not be reached.

Police say a St. John police officer spotted Brischetto’s speeding car on St. Charles Rock Road about 2:30 a.m. and began following it. The officer lost sight of the car but soon came across the crash site at Natural Bridge and Woodson roads, which is in Woodson Terrace near Lambert-St. Louis International Airport.

The car had crashed into a guardrail and burst into flames. Police could see two women inside the car and wanted to help get them out. As officers tried to find a fire extinguisher, a Woodson Terrace officer saw a man inside the burning car holding a gun, police say. Brischetto fired shots, and the officers returned fire.

The two women survived the crash. One of the women got out on her own. Police pulled the other woman to safety from the back seat. She suffered severe burns. Neither woman is being charged with any crime in connection to the incident. Police have not identified either woman.

Schellman said investigators were ﻿trying to determine if a crime happened in St. John before the car sped off. So far, they haven’t figured out if the man was joyriding or leaving the scene of a crime. They said Brischetto had been staying in St. John.

The officer shouted "gun," and the shooting began.

Deputies were going to try to get help for the man, visiting from Raytown, Mo.

Loophole has to do with the insertion of the word "and" in state guidelines.

Red-light ticket scofflaws in St. John will be told to pay up 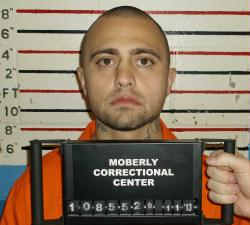