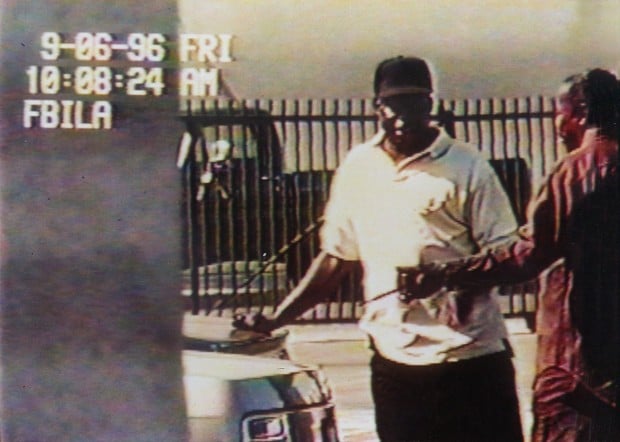 Andrew Chambers, (left), once said to be the highest paid drug informant in Drug Enforcement Administration history, makes a "deal" in Los Angeles. 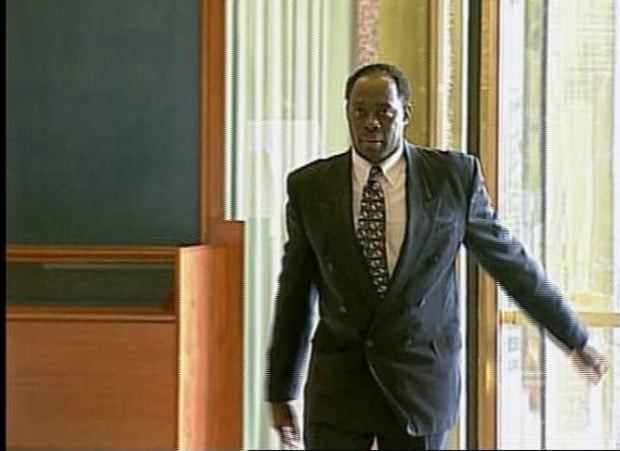 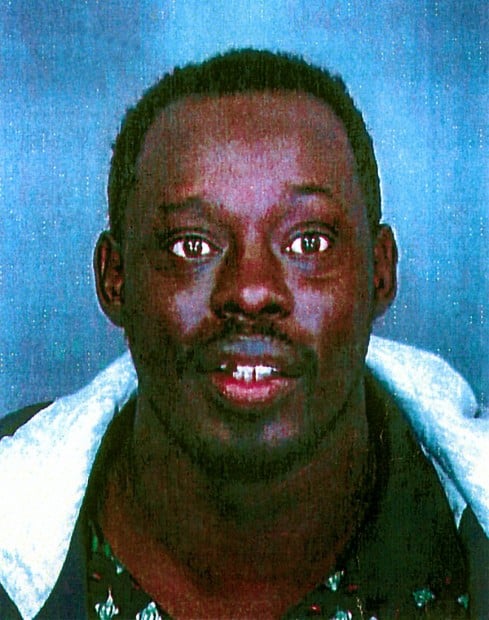 After a Post-Dispatch investigation exposed in 2000 that a prolific St. Louis-based confidential informer was a serial liar in his testimony in courts across the country, the Drug Enforcement Administration vowed never to use his services again.

But it turns out that the DEA — now headed by a once admiring former handler — began using Andrew Chambers Jr. again in 2008, according to court documents filed recently in Arizona.

On Tuesday, federal prosecutors there filed a motion to dismiss drug charges against two men whose cases involved Chambers, citing “recently discovered information and in the interest of justice.”

More than a dozen cases involving Chambers were dismissed 13 years ago after the Post-Dispatch highlighted Chambers’ long history of lying, and a failure to follow up by some federal agents and prosecutors who knew about it.

Lies that Chambers told about himself and his background caused defense attorneys to repeatedly question his credibility in testimony against their clients.

It is unclear how many cases could be affected by Chambers this time.

In 16 years, he earned almost $1.9 million from the DEA and as much as $2 million more from other federal, state and local agencies for helping in the arrest of more than 400 drug suspects in 31 cities across the country, the DEA has said. As of 2000, he was considered the highest-paid informer in the agency’s history.

The former federal public defender in California who first uncovered Chambers’ lying, H. Dean Steward, said in a telephone interview Thursday that he was “stunned” to learn the DEA returned to using Chambers.

Steward said he thought, “Damn, you can add another scandal to what’s going on in D.C.”

In a closed hearing in Arizona Oct. 10, U.S. Magistrate Judge Lawrence O. Anderson expressed concerns that echoed those of other judges more than a decade earlier.

“I’m really kind of shocked that the government would continue to use Mr. Chambers with his sordid history,” Anderson said in court. He added that “there may be reasons that the DEA might be able to explain to me, but it just seems to me that it’s not fair play.”

ONE IN A MILLION

The DEA declined to make its administrator, Michele Leonhart, available for an interview. Once an agent helping manage Chambers, she had called him “one in a million” and said his loss would be a “sad day” for the law enforcement.

She became acting administrator the year before Chambers reportedly returned to work for the agency, and she was nominated and confirmed in 2010.

The U.S. attorney’s office in Phoenix declined comment, saying only that it is preparing a “substantive” response to a May 23 court filing by defense lawyer Cameron Morgan that sought either dismissal of the case against his client, Luis Alberto Hernandez-Flores, or a ban on Chambers’ testimony.

A spokesman said that cases against Hernandez-Flores and his co-defendant had been dismissed but could be re-filed.

Morgan declined to comment. In court filings, he called Chambers a con man, and complained of government “misconduct” in using him. He claimed the DEA has a “tendency to stonewall about Chambers first, refuse to abide by court orders second, and cover-up its actions whenever possible.”

Richard Callahan, the U.S. attorney in St. Louis, said that his office has not been approached about using Chambers since he was discredited.

In a statement this week to the The Arizona Republic, which first reported Chambers’ re-appearance, U.S. Sen. Charles Grassley, R-Iowa, the ranking Republican on the Senate Judiciary Committee, urged the DEA’s inspector general to look into the situation.

Chambers could not be reached.

AGENT WITHOUT A BADGE

Chambers, 56, grew up in University City and was recruited by the DEA at its Clayton office in 1984. He worked with at least 211 DEA agents on 280 investigations and is remembered there as the best — ever — at ingratiating himself with drug dealers or gangs that no one else could.

Leonhart, who headed the DEA’s Los Angeles office at the time, told the Post-Dispatch in 2000 that agents found him “very reliable, very credible, an outstanding testifier.”

She said, “In my career, I’ll probably never come across another Andrew.”

During an interview in 2000 on ABC’s “20/20” program, Chambers said he thought of himself as an “agent without a badge and gun.” He said then he hoped to return, because, “Can’t nobody else do this like I can do it.”

The DEA report on the debacle he created said Chambers was “... motivated by money, thrill, camaraderie and a sense of self-righteousness.”

Chambers began lying about his background just a year after he started working for the DEA, and continued for years. In testimony, he covered up his own criminal history and his failure to pay taxes on DEA earnings. He has at least seven arrests and at least one conviction, for impersonating a police officer while soliciting for prostitution.

The DEA and other agencies continued to use Chambers, despite blistering criticism by judges and the concerns of some agents and prosecutors, until he was publicly revealed in 2000.

In a September 2001 interview with the Post-Dispatch, the DEA’s head at the time, Asa Hutchinson, vowed never again to use Chambers in any capacity, and never again to give informers the free rein Chambers abused.

Chambers was reactivated in 2008, but not used in Arizona until a few years later, Assistant U.S. Attorney Karen McDonald said in court in Phoenix.

It is not clear how or why he was brought back.

McDonald seemed to hint at the government’s thinking in a Hernandez-Flores hearing in October, while defending the use of Chambers.

“To cut to the chase here a little bit,’’ she said, “while he perjured himself in a number of categories, including his past education, his payment of taxes on income he earned from the DEA, about a number of things, he was never determined, according to the investigation the DEA conducted internally, he was never found to have perjured himself with respect to case details.”

McDonald said Chambers was on another case when he happened to run into Hernandez-Flores. She suggested that Chambers worked on other cases, some already charged and some pending.

In emails to prosecutors that were filed in court, Morgan said Department of Justice rules do not allow reinstatement of an informer who was deactivated for cause. He asked them to explain how Chambers could be working again and what he has been doing for the past 12 years.

In Morgan’s motion for dismissal, he said that prosecutors said the DEA refused to provide them information about Chambers’ recent work.

Prosecutors did agree not to use any evidence collected in a series of search warrants obtained by a DEA agent who called Chambers a “reliable” source.

Steward, the former federal public defender, said he got a call several years ago from a lawyer in Baton Rouge, La., who claimed Chambers was back.

Steward said he responded, “No, that couldn’t be.”

The circumstances seem to fit the 2010 Baton Rouge federal cocaine prosecution of Shanard Z. Banks. He plea-bargained a possible 10-year prison minimum down to 366 days in jail after questions arose about a DEA informer who “played a very significant role” in obtaining undercover evidence from 1984-2000.

Banks’ lawyer, Michael Reese Davis, said he could not confirm or deny it was Chambers, because of a “protective order.”

Steward said that after he heard from Morgan, he tracked Chambers to Florida and North Carolina, and said he still frequents St. Louis.

From 2000: DEA investigates own use of lying informant

From 2001: DEA vows not to use 'supersnitch' Andrew Chambers again

Andrew Chambers, (left), once said to be the highest paid drug informant in Drug Enforcement Administration history, makes a "deal" in Los Angeles.