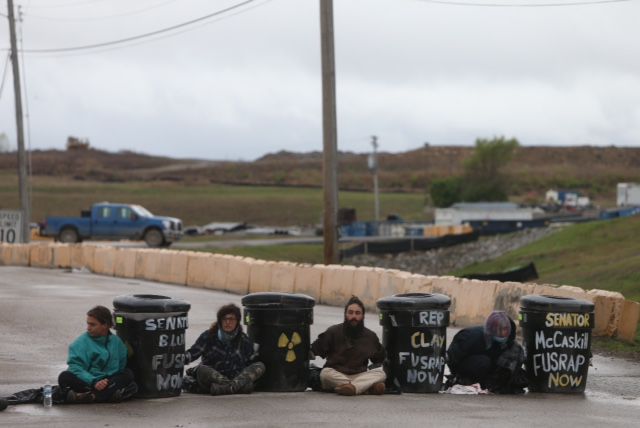 Protesters blocked two entrances to the West Lake Landfill on Friday morning, March 31, 2017. FUSRAP refers to the U.S. Army Corps of Engineers’ Formerly Utilized Sites Remedial Action Program, which residents say is better suited to clean up the site. Photo by Laurie Skrivan of the Post-Dispatch. 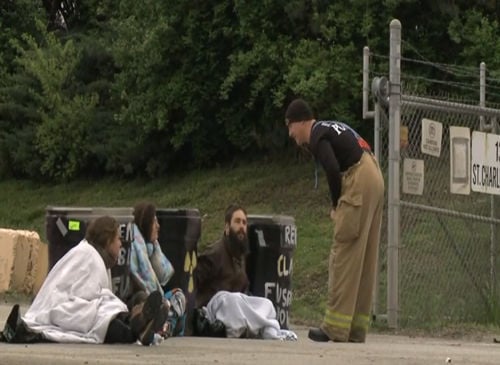 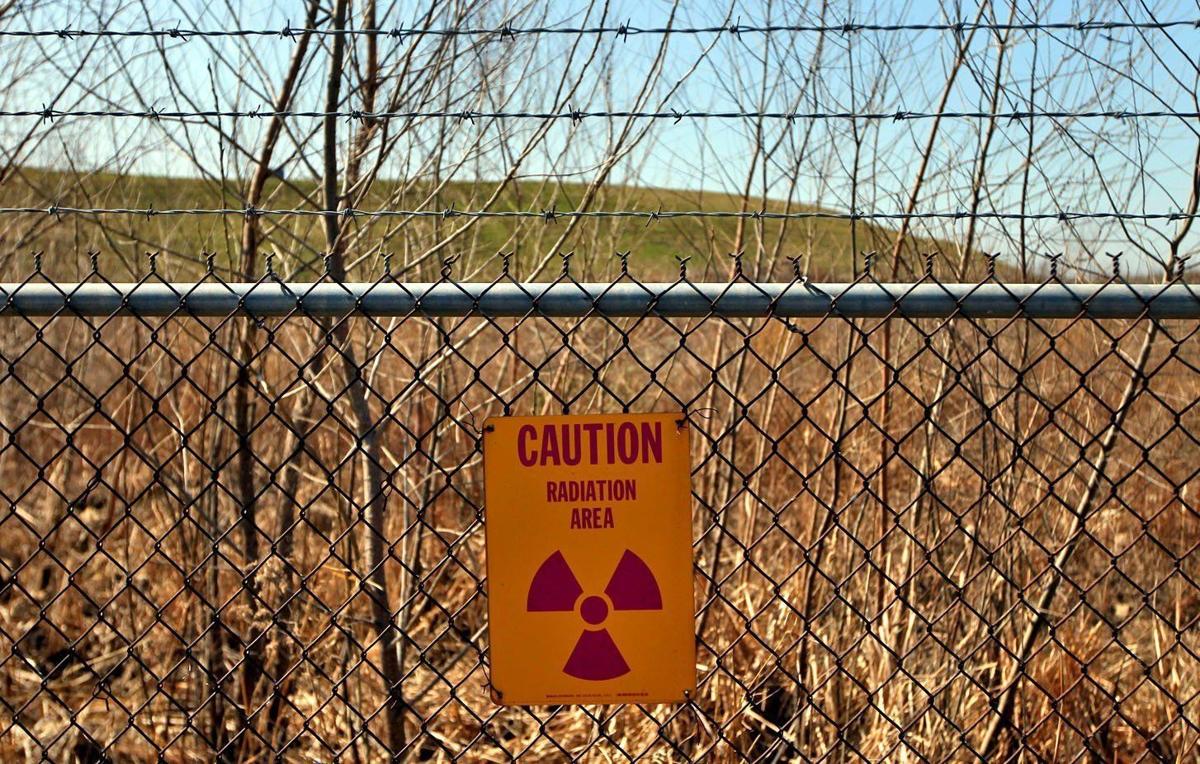 A section of the West Lake landfill Tuesday March 13, 2012, in Bridgeton.

Twelve people are in police custody following a demonstration that blocked entrances to the Bridgeton and West Lake landfills on Friday.

A handful of protesters sat on a street and chained themselves to barrels filled with concrete, tires and rebar Friday morning, police said. Officials detached the last protester from one of the barrels around 4:40 p.m.

Police arrested 12 people following the protest. Officials charged 10 with trespassing, resisting arrest and peace disturbance. Two people, who were not chained to barrels, were charged with interfering, police said.

A statement released by the Bridgeton police adds property damage to the list of charges and does not include details about the other two people said to have been arrested by a police official earlier Friday.

A local activist who witnessed a portion of the protest created a fundraiser to raise money for legal help for those arrested. Donations total more than $500 for legal support.

Police said they were alerted to the demonstration shortly after 6 a.m. Multiple Bridgeton police cars went to the scene off of St. Charles Rock Road before sunrise, and officers told the protesters to clear out or they would be arrested. Several hours later, the protesters still hadn't budged; none had been arrested. Police were carefully cutting apart the barrels to see what was inside.

At the two entrances, as few as four protesters and as many as six were sitting on the street. Another 10 or so protesters stood by. Some carried signs. They said they wanted immediate removal of radioactivity waste at the landfill and they wanted to shut down Republic Services, the trash hauler, for the day.

Trash trucks were still able to access the property from a side road. One of the roads being blocked leads to a hauling company, where trash trucks that serve the region are fueled and maintained. The other road leads to the Bridgeton and West Lake landfills -- and the company said the protesters' actions were impeding truck traffic there.

It appeared to be a peaceful protest. Police were mainly standing back, watching them; one police officer was videotaping what the protesters were doing. Another officer put a blanket over a protester to keep him warm as temperatures hovered in the mid 40s.

At about 9:30 a.m., county police took away one of the containers the protesters had used to block the street and rolled it onto a grassy area to inspect it. A policewoman then covered one protester with a tarp so he wouldn't be sprayed with debris as officers used a cutting tool to open the side of one of the barrels. An uncovered protester who sat a few feet away calmly smoked a cigarette as the cutting continued.

Police weren't saying what they had found, but a landfill operator spokesman said the barrels were filled with concrete and rebar.

The West Lake Landfill was contaminated in the 1970s after a contractor illegally dumped uranium processing waste there. Neighbors have voiced fears for years that an underground fire less than one-quarter mile away at the Bridgeton Landfill would reach West Lake’s radioactive waste.

The company that operates the landfill plans to pursue trespassing charges against Friday's protesters. Russ Knocke, vice president of communications and public affairs for Republic Services, said the presence of the protesters on the road leading to the Bridgeton and West Lake landfills has "impeded some operations."  West Lake is closed and has no truck traffic. The Bridgeton landfill, also closed, has heavy truck traffic coming all day long on their way to a transfer station before their loads of trash are taken to Roxana.

"The trucks trying to go to Bridgeton landfill are currently impeded from the site and transfer station," Knocke said.

"We'll be patient," Knocke said by phone, adding that he hopes the standoff is resolved soon.

West Lake Landfill is managed under the Superfund program. Proposed budget cuts in the Environmental Protection Agency by President Donald Trump has some worried. They wonder if the cuts would disrupt the EPA's ability to perform necessary scientific and legal work in the St. Louis area, with potential consequences for Superfund sites such as West Lake Landfill ranking as an especially prominent concern.

Neighbors of the Bridgeton-area landfill have long said the U.S. Army Corps of Engineers’ Formerly Utilized Sites Remedial Action Program, or FUSRAP, is better suited to force a cleanup. The corps is cleaning up several other sites around the region contaminated from Mallinckrodt Chemical Works’ uranium processing work for the government during the Manhattan Project.

At the protest Friday, some of the barrels or trash cans next to protesters were painted with the names of federal lawmakers from the St. Louis area and the phrase "FUSRAP Now."

West Lake was never included in FUSRAP. Instead, it was put under the jurisdiction of the Environmental Protection Agency in 1990. Nearby residents complain the EPA process doesn’t have enough teeth. They say they’ve been waiting for the agency to act for 25 years. The Army Corps of Engineers says it doesn't want the task.

Ashley Lisenby of the Post-Dispatch contributed to this report.

The charges were tied to a protest that saw about a dozen activists block the entrance to the complex that hosts the radioactive West Lake Landfill Superfund site.

Cleanup at West Lake Landfill and area Superfund sites could be imperiled, some say.

Protesters blocked two entrances to the West Lake Landfill on Friday morning, March 31, 2017. FUSRAP refers to the U.S. Army Corps of Engineers’ Formerly Utilized Sites Remedial Action Program, which residents say is better suited to clean up the site. Photo by Laurie Skrivan of the Post-Dispatch.

A section of the West Lake landfill Tuesday March 13, 2012, in Bridgeton.