EAST ST. LOUIS —  East St. Louis Police shot a man with a weapon Saturday after he fled from officers who tried to stop him for a traffic violation, according to Illinois State Police.

The man was taken to a hospital with injuries that were deemed not life-threatening, and no police officers were hurt. The shooting happened around 11:26 a.m. in the 1500 block of Baker Avenue, state police said in a news release.

Illinois State Police, which is investigating the shooting, declined to release details, including how many officers fired shots, what type of weapon the man had in his hands at the time of the shooting, and what traffic violation he was suspected of committing. East St. Louis Police could not be reached for comment.

East St. Louis Police officers attempted to stop the man’s vehicle after a traffic violation near North 19th and State streets, state police said. They pursued the vehicle nearly 2 miles to Baker Avenue, where his vehicle hit a railroad crossing gate in the 1500 block and became disabled, police said. The man then exited the vehicle and fled on foot. He was the only occupant of the car.

As he ran, the man dropped a weapon and stopped to pick it up, police said. He “refused” verbal commands from East St. Louis Police officers, state police said.

“While fleeing, the driver dropped a weapon and then picked the weapon back up,” state police said in a news release. “Officers gave verbal commands to the driver, but he refused those commands.

“Officers feared for their lives and shots were fired.” 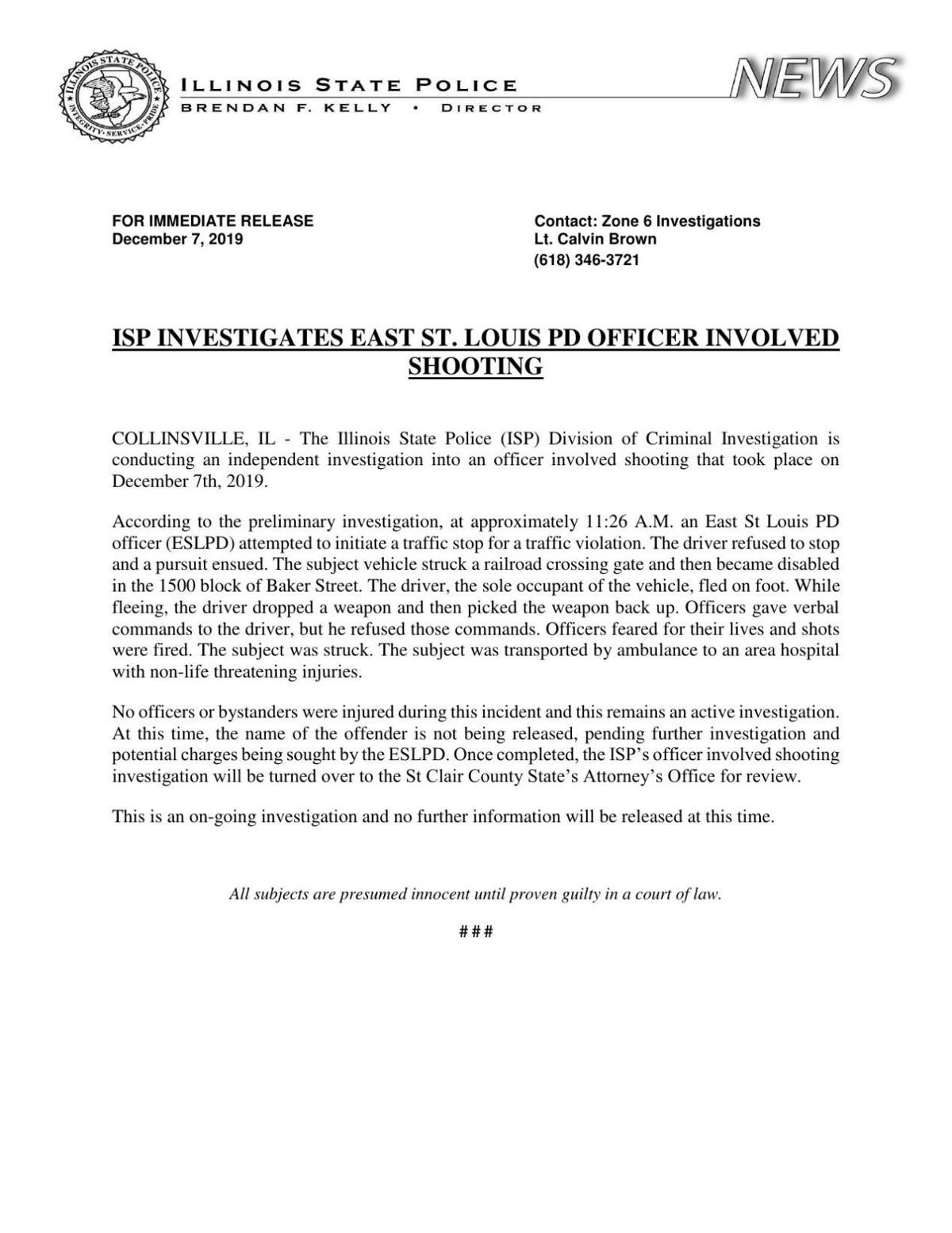 Results of the investigation will be turned over to the St. Clair County State’s Attorney’s Office, ISP spokesman Trooper Joshua Korando said.

“It’s still very early in the investigation,” he said.

Pedestrian stuck and killed on I-270 identified as O'Fallon man, 60

CREVE COEUR — A pedestrian who was fatally hit by a vehicle on Interstate 270 on Friday has been identified as Robert Hentz, 60, of O'Fallon, …

Fhontez Mitchell was charged with six felonies Wednesday, including first-degree assault and robbery.