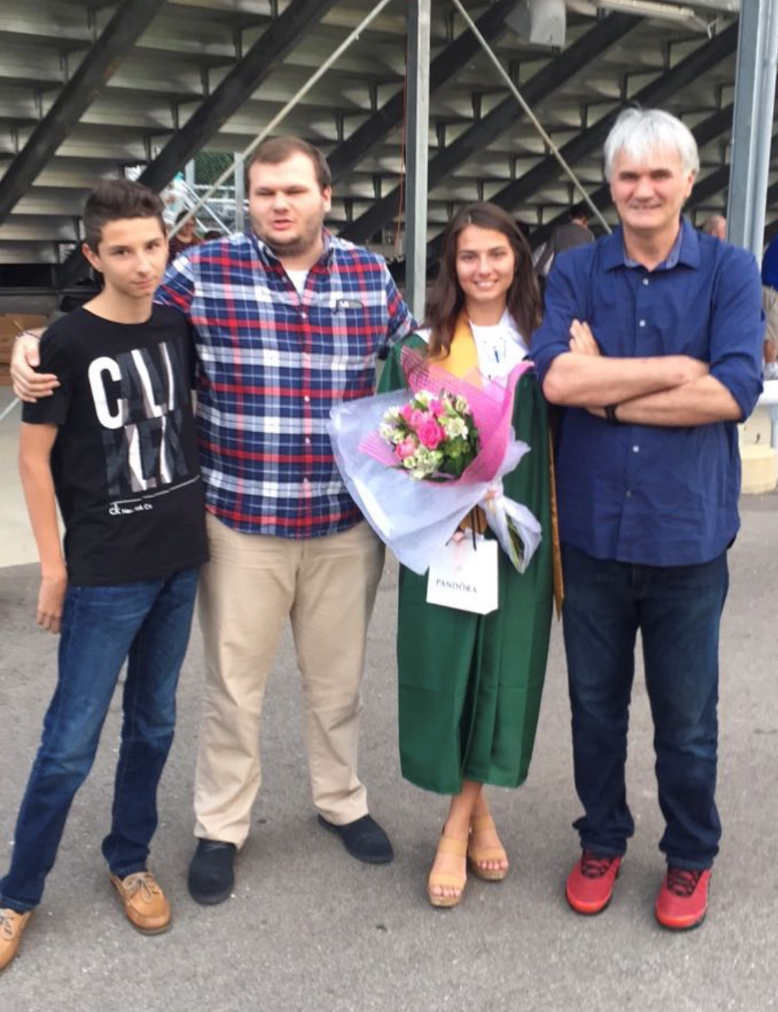 Haris Vranjkovina stands between his younger brother, Edi, and sister, Bida. They and their father, Hajdin, gathered in 2017 for Bida's graduation from Bayless High School. 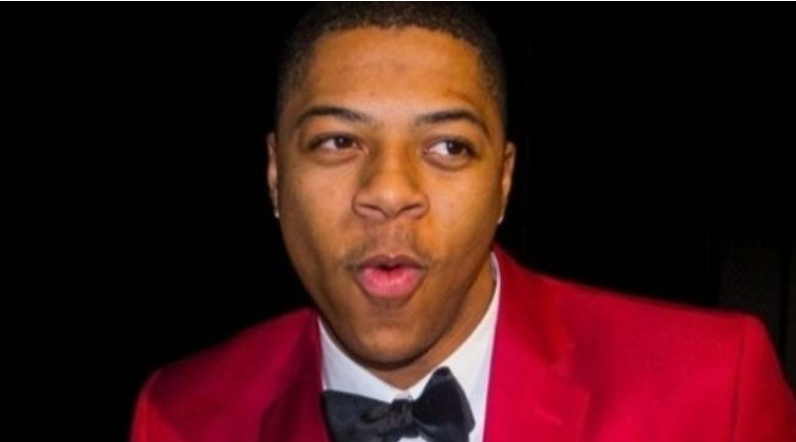 Christian Wimbley in an undated photo. Courtesy of his family.

ST. LOUIS — The small group of Bayless High School alums were out in Soulard to celebrate a birthday. Around 12:30 a.m. Sunday, it was time to go home.

Haris Vranjkovina, 27, jumped in the passenger seat of his friend’s 2016 Honda Accord. He and others had family roots in Bosnia. They knew the road well to south St. Louis County.

But as the Accord headed west on Gravois Avenue, and was turning left onto Interstate 55, it was T-boned by an oncoming 2021 Mercedes.

Police said in a preliminary report that the Mercedes was traveling at a high rate of speed. After impact, the Mercedes vaulted into the air and came to a rest on its roof in the middle of the interstate. The Honda was ripped in two.

Some have said the crash is a symbol of unchecked lawlessness gone too far in the city. Police said Wednesday that the incident was still under investigation and declined to provide more details. The prosecuting attorney’s office also declined to comment during an ongoing investigation.

What is clear is that relatives and friends are mourning the loss of two young men whose lives were cut short on the city’s roadways. Vranjkovina, and Christian Wimbley, 25, the driver of the Mercedes, were both pronounced dead at the scene.

Vranjkovina lived with his father, brother and sister in the 1500 block of Leeshores Lane. When his family awoke Sunday, they were concerned because he wasn’t there.

“Why didn’t a cop or sheriff come knock on our door?” said his sister, Bida, 22, a bank teller and business student at the University of Missouri-St. Louis. “I didn’t even receive a call.”

Spurred by news that Vranjkovina’s friend, the driver of the Accord, was being treated at St. Louis University Hospital, they went there to check for Vranjkovina. Bida said the hospital told them that he had been released. They drove around the hospital parking lot and other areas, looking for him. They called St. Louis County Police, who told them they could file a missing person’s report.

Eventually on Sunday afternoon, somebody sent the family contact information for the city morgue. They found out that Vranjkovina hadn’t survived the crash.

Bida said their parents were Bosnian refugees from Srebrenica, an area known for a massacre in 1995. Bida and Haris were born in Germany before the family settled in St. Louis; brother Edi, 19, was born here. She said her father, Hajdin, is a supervisor at Samco Plastics.

“We have a lot of mixed emotions,” she said. “We lost our mother in 2003. Things finally started going good. We’d finally got back on our feet.”

Vranjkovina worked as a custodian at Bayless High School. He had an associate degree from St. Louis Community College and was working toward a certificate in IT.

“He loved anything about computer technology,” Bida said. “He was our go-to guy for everything.”

The driver of the Accord has been released from the hospital. His sister said in a brief telephone conversation Wednesday that he’s struggling, both physically and mentally, from the crash.

From the other car, Wimbley lived in the 8500 block of Partridge Avenue, in the Baden neighborhood. He left behind an extensive group of friends and relatives, including a 1-year-old son and 2-year-old daughter, said his mother, Kenyatta Oliver, who recently moved to California.

She said he’d grown up in north St. Louis, north St. Louis County and Webster Groves, where he graduated from high school in 2014. He later played basketball at Harris-Stowe State University, studied business and was a member of Kappa Alpha Psi fraternity.

“Everybody is devastated,” Oliver said.

She said the Mercedes was a company car for a college entertainment business that her son founded, From Tha Ground Up. State records say he also created CrossCityTours in recent years.

At the time of his death, he had a 2018 drug case pending from Florissant that his attorney, Nikki Moody, was trying to get downgraded to a misdemeanor because it involved less than 35 grams of marijuana. On New Year’s Day 2019, police had accused Wimbley of shooting a gun into a crowd after a fight at a nightclub.

Moody said that case was dismissed.

“He made a few mistakes here and there in life, but overall he was a good kid,” Moody said.

Family and friends have set up GoFundMe accounts in memory of Haris Vranjkovina and Christian Wimbley.

Haris Vranjkovina stands between his younger brother, Edi, and sister, Bida. They and their father, Hajdin, gathered in 2017 for Bida's graduation from Bayless High School.

Christian Wimbley in an undated photo. Courtesy of his family.