Fast-food robber killed by St. Louis police had history of holdups in mid 80s
0 comments
Share this
Subscribe for $3 for 3 months

ST. LOUIS • The man police shot and killed Sunday during an armed robbery at a fast-food restaurant had a history of such robberies as well as sodomy, according to court records.

Sources identified the man as Crayton “Big Wes” West, 52, of the 5400 block of Arlington Avenue, and his mother confirmed that she had gone to identify his body Monday.

West was killed by a St. Louis police sergeant who confronted him inside the Kentucky Fried Chicken near Grand Boulevard and Gravois Avenue at about 6 p.m. Sunday, authorities said.

Police say West had robbed the business and pointed a weapon at the sergeant.

The encounter was captured on surveillance cameras inside the restaurant. The department has not yet released the footage, and police refused to identify the sergeant.

West is listed on Missouri’s sex offender registry for a July 1980 robbery in which he sodomized a boy, 16. West was 18 at the time. Details of that crime and the sentence that followed were not immediately available Monday, in part because offices were closed for the Martin Luther King Day holiday.

Court records and Post-Dispatch news stories from 1987 show that West was sentenced to 60 years in prison for a string of fast-food restaurant robberies in St. Louis. He used a cap pistol to rob seven restaurants over a 10-day stretch in October 1986. The suspect was dubbed “the fat robber” based on his description. When West was arrested, he was 6-foot-3 and weighed about 225 pounds, but police said he appeared to be heavier.

After he was caught, he told police he had robbed the restaurants to pay his utility bills and meet his car payments, according to a Post-Dispatch article. People had been threatened in some of those holdups, but no one was hurt. Witnesses gave police a description of the getaway car, and West was captured when police stopped a car fitting that description.

His mother, Ruth West, said she had viewed his body Monday and confirmed that she was told he had been shot by police.

She said her son left her home Sunday morning. She tried calling him throughout the day, but her calls went to voicemail. She said she heard news reports of the police shooting and had been worried it might be him.

“He was trying to find something better than minimum wage,” she said. “He wanted to find a better job.”

He worked for a temporary service, but the better offers were far from his mother’s home and he lacked a car for transportation, she said.

“He was struggling since he’s been out,” she said. “Sometimes I’d have to talk to him when he was getting kind of depressed.”

Ruth West said her son had to be tested for drugs with his parole officer, and at least one urine test showed that he been taking drugs, she said. She wasn’t sure what kind of drugs. She said he was sent to a rehab facility for a few months and also to jail for violating his parole.

Other times, she thought he was doing better, particularly when he told her he was taking classes and hoped to graduate soon. She didn’t know details.

She said she wanted to see footage of the shooting before judging what had happened. For now, she said, “I am not questioning nothing. It’s not going to bring my son back.”

Instead, she said, she wants him to “rest in peace.”

Authorities say West entered the Kentucky Fried Chicken restaurant with a gun to rob the place. An employee, who would not give her name, told the Post-Dispatch she saw a man with a gun reaching over the counter, and a manager pressed a panic alarm button.

There were several people inside the restaurant at the time. One witness flagged down a police sergeant at a gas station across the street from the Kentucky Fried Chicken restaurant to report the holdup, authorities said.

That witness was on the phone with a 911 operator when he saw the sergeant, Lt. Col. Lawrence O’Toole said at a news conference at police headquarters Sunday night.

The sergeant was on normal patrol but had been monitoring a memorial march for the Rev. Dr. Martin Luther King Jr. in the area.

The sergeant drove over to the Kentucky Fried Chicken and saw the suspect inside the restaurant as he approached the door, O’Toole said. The gunman raised his handgun toward the sergeant, who ordered him to drop it. The sergeant fired his weapon when the man did not drop his, O’Toole said.

Police said they found cash West had taken in the robbery on him, police said.

No officers were injured.

Some sergeants have been selected to wear body cameras as part of a pilot program the police department is conducting, but the sergeant involved in Sunday’s shooting was not equipped with one, sources said.

The police department’s Force Investigation Unit is investigating. The officer was put on leave.

The shooting drew some activists who had been attending the nearby King memorial. The gathering was also to talk about the future of the Black Lives Matter movement. Some of those who showed up at the shooting scene chanted and complained about police shootings of black men. West is black, and the officer who shot him white.

Jesse Bogan of the Post-Dispatch contributed to this report.

Man is convicted of robberies at seven fast-food restaurants

EDITOR'S NOTE: This story was originally published in the Post-Dispatch on June 2, 1987

The officer was on normal patrol but monitoring a Martin Luther King Jr. memorial march in the area, sources said. 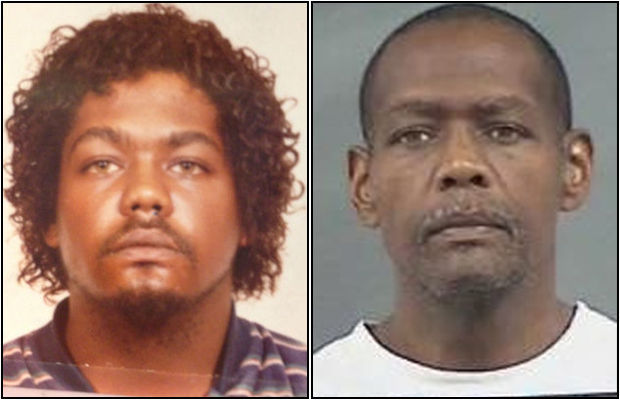 Crayton West, after his arrest in 1986 for a string of armed robberies at fast-food restaurants in St. Louis; and West in 2015, in a mugshot from the Missouri Department of Corrections. 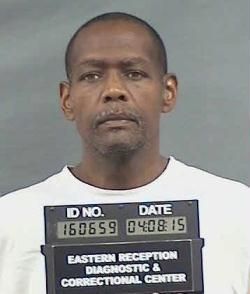 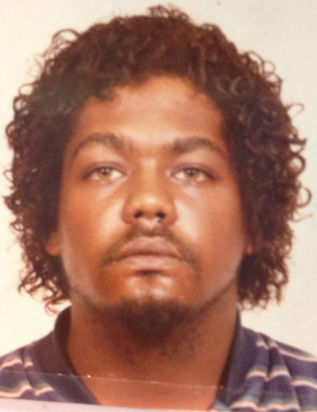