ST. LOUIS • A federal judge last week rejected a St. Louis County man’s bid to dismiss the drug indictment against him, but said that lawyers’ conduct in the case “presents some troubling ethical issues.”

Among those issues, according to U.S. Magistrate Judge Nannette Baker: a defense lawyer who brought a cellphone into jail that was then used for two inmate “selfies,” allegations of ethical violations and a conflict of interest by Scott Rosenblum, the area’s most prominent defense lawyer, and a federal prosecutor, John T Davis, faulted for failing to intervene in that conflict.

The case has shed an unusual amount of light on the relationship between a criminal defendant, his family and his lawyers. It also has resulted in a series of court hearings at which defense lawyers and prosecutors defended their actions.

In legal filings and in court, lawyers for the drug defendant, Thomas Gregory Anderson Jr., said that lawyers from Rosenblum’s office at different times represented two defendants in the Anderson case, were talking with another and also once represented a confidential informer who led authorities to Anderson.

They say that conflict made Rosenblum unable to fully defend Anderson.

They also claim that Rosenblum colleague Marc Johnson broke the law by bringing the cellphone to Anderson in jail.

Rosenblum, Johnson and prosecutors have denied any impropriety.

Bill Margulis, one of Anderson’s current lawyers, said Friday that he couldn’t comment in detail on the case.

“All I can really say is that we’re disappointed in the judge’s ruling and we’re considering all our options and what the next step is,” he said.

Margulis and his colleagues began representing Anderson a month after a district judge turned down his request to be released from jail on bail before trial.

In her ruling, Baker wrote, “There is little doubt that Rosenblum violated Missouri Rules of Professional Conduct ... governing conflicts of interest and therefore this court’s ethical rules.” But Baker went on to say that Anderson suffered no adverse effects.

Rosenblum said he’d committed no ethical violations and reacted as soon as he was made aware of the potential conflicts.

“I don’t know what else I could have done,” he said.

“Obviously, we’re a larger firm than most criminal defense firms,” he said, adding that lawyers don’t always immediately know about conflicts in multidefendant cases “for a multitude of reasons.”

Prosecutors allege Anderson was one of two dozen who earned millions of dollars by bringing large quantities of marijuana from California to the St. Louis area and Massachusetts via their own fleet of aircraft as well as tractor-trailers and the mail. They also hid the marijuana in water heaters, antique furniture and fixtures and used shipping and moving companies to carry it to St. Louis and elsewhere.

Rosenblum began representing Anderson years before he was indicted in St. Louis. A colleague, Joel Schwartz, was representing a future co-defendant and trying to get prosecutors not to indict him, because Schwartz felt he was a minor player, according to court testimony.

Rosenblum pointed out that Baker characterized the firm’s work as “zealous representation.”

He called Anderson’s complaints “basically a Hail Mary. ... A Hail Mary that failed, because there was nothing that was ever there.”

Johnson, in one of several phone interviews, said “Tom Anderson is just trying to throw everything out there to try and help himself.”

Johnson said that he brought the phone into jail at the request of an Anderson co-defendant who was also a longtime liaison with the Anderson family through his romantic relationship with Anderson’s sister.

He said that he was told that Anderson needed to get a phone number in order to pay his legal bill. He did not know why — whether the phone was locked or for some other reason.

He said he didn’t think any phone would work in the jail meeting room, which is like a “bunker.”

He said that lawyers are typically allowed to bring their phones into jail to meet with clients, and disputed that there were any signs prohibiting bringing phones into jail. Johnson also denied committing any crime.

Johnson said that as he was unpacking a banker’s box of documents at the start of his meeting with Anderson, he looked over “and he had the phone up to his ear and I was livid,” asking, “What are you doing?”

Johnson said he was unaware that Anderson took any selfies. “What jackass would take a selfie?”

Johnson pointed out that Baker’s ruling does not say that he committed a crime, just that “even assuming” he did, there was no effect on negotiating for Anderson’s cooperation. Anderson’s lawyers had claimed that Rosenblum’s firm spiked a deal for his cooperation out of fear that Anderson would cooperate in a criminal case against Johnson.

Johnson said that he worked diligently on negotiating a deal for Anderson, but Anderson repeatedly refused the government’s terms.

Both he and Rosenblum, in his court testimony, said Anderson refused to cooperate with prosecutors unless the CIA was present. Anderson wanted to be released from jail, Rosenblum said in court, and “he would literally lead (Davis) to warship-sized cargo of hundreds and hundreds of millions of dollars; he could lead Mr. Davis to connections in the Middle East involving pharaohs and kings.”

Callahan said Baker “did not conclude that there was any misconduct and further went on to say that she didn’t have to because there wasn’t any prejudice” to Anderson’s case.

In this case, he said, “John (Davis) did tell the defense counsel that he thought there was a conflict here.”

Callahan also confirmed that his office was not investigating Johnson over the cellphone incident.

Scott Rosenblum says he was exhausted, not drunk, in a car crash in Brentwood last year. 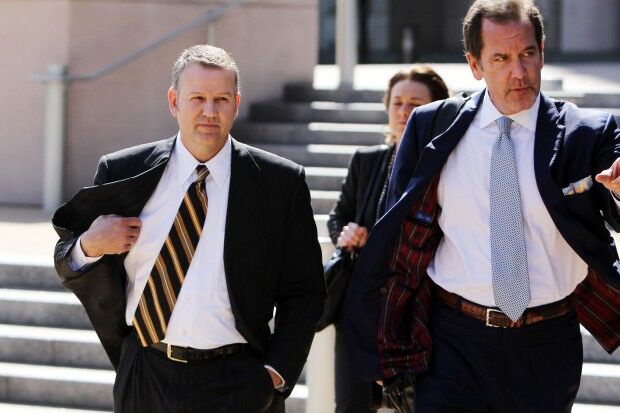 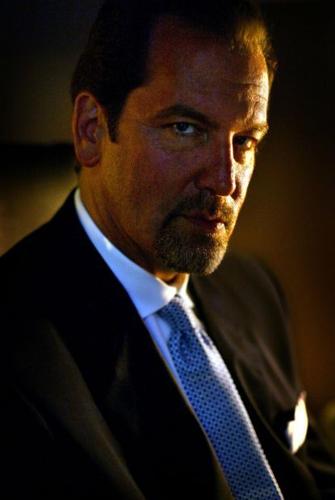 Scott Rosenblum in 2003. Photo by Andrew Cutraro of the Post-Dispatch.