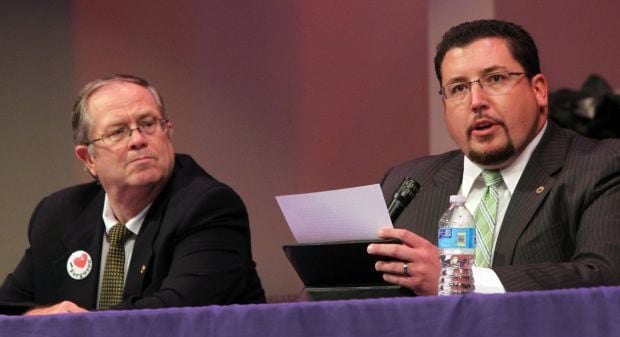 Ferguson Mayor James Knowles (right) delivers a statement during the first meeting of the Ferguson City Council following the police shooting of Michael Brown. The meeting, moved from city hall to Greater Grace Church for a larger audience, was held on Tuesday, Sept. 9, 2014. Photo by Robert Cohen, rcohen@post-dispatch.com 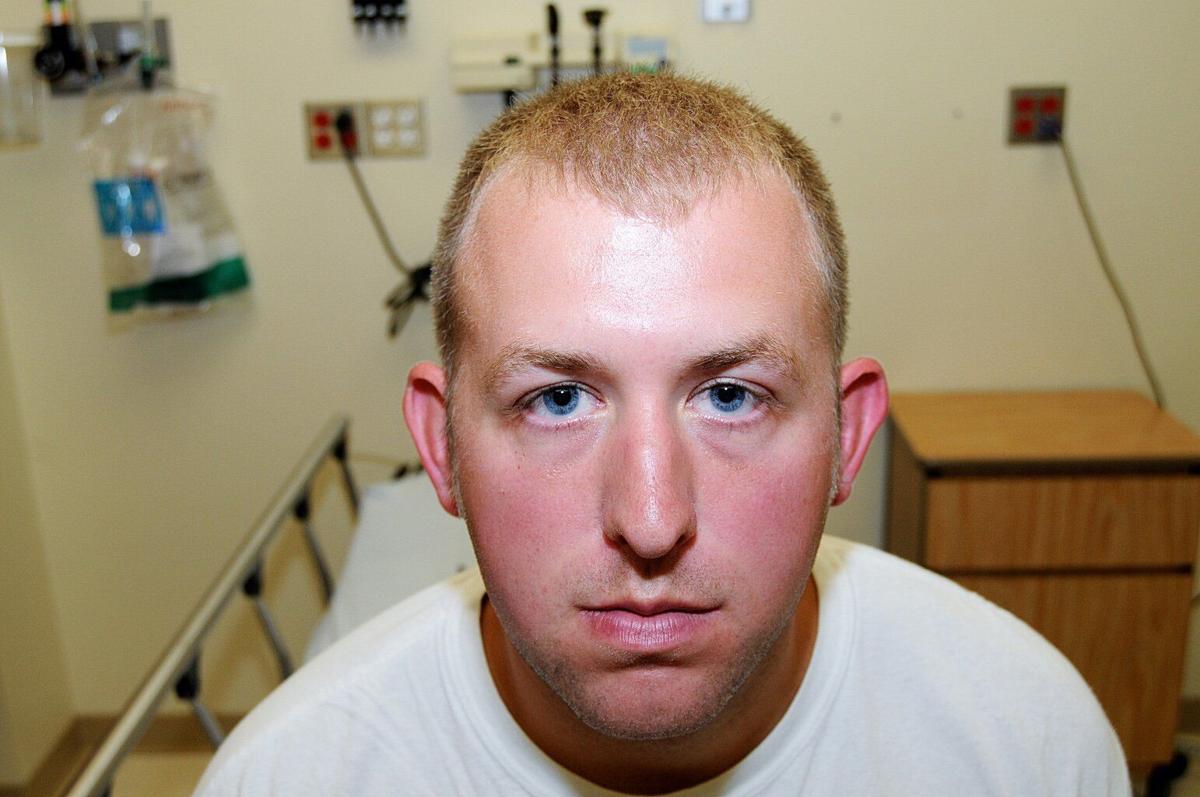 FERGUSON • Renewing the effort to bring healing to his shattered city, Mayor James Knowles III Sunday announced measures intended to increase the minority presence on the police force, open a dialogue between residents and law enforcement and encourage more officers to live in Ferguson.

In a message directed at activists continuing to protest the death of Michael Brown, Knowles also said the city will not give a severance package to Darren Wilson, the Ferguson officer who resigned Saturday nearly four months after shooting Brown.

“As far as the city of Ferguson is concerned we have now severed ties with Officer Darren Wilson,” the mayor said at a news conference Sunday. “It is important for us to talk about issues directly related to the city of Ferguson and what issues we can directly address as a city moving forward to bring our community together.”

A decision by a St. Louis County grand jury not to file criminal charges against Wilson in Brown’s death kicked off renewed rioting Monday night.

Demonstrations in the ensuing days — including protests at area shopping malls over the holiday weekend — have remained mostly peaceful.

Jackson, who accompanied Knowles at the news conference, reiterated that he will not resign.

The mayor said the city did not give Wilson a deadline to resign. Nor, he added, did the city ask for or pressure Wilson to leave the department.

Knowles listed a series of initiatives the city is undertaking to “bridge the gap” between members of the community “who feel there is a divide between them and law enforcement.”

Chief among those steps is a previously announced civilian review board, comprised of residents, business owners and law enforcement, to address grievances arising from interactions between police and residents.

Knowles additionally announced the city will redouble its effort to recruit minority officers through a tuition aid program for the police academy.

Ferguson also plans to triple the monthly $100 stipend currently offered to officers who reside in the city.

Knowles indicated he is not optimistic that Wilson’s resignation and the measures announced Sunday will bring an end to protests spawned by Brown’s death.

“I think people will continue to express frustration and look for change,” the mayor said. “But I hope people understand that the city of Ferguson has been responsive. We hope that will help bring the community of Ferguson together and I hope others will start to recognize that going forward.”

In a statement issued late Saturday night, a group of local activists announced they have no intention of slowing a movement dedicated to gaining justice on behalf of Brown.

“While we feel pain and anger along with many other members of the community, we have not participated in and will not participate in acts of violence against people or damage to local businesses,” the statement says.

From suburban shopping malls, the Brown protest movement shifted to downtown St. Louis and the vicinity of the Rams-Oakland Raiders game Sunday afternoon.

Looking ahead, the Ferguson Action group has meanwhile announced plans for a nationwide protest walkout at schools and places of business at noon Central time on Monday.

From the documents: Tidbits from the grand jury testimony

Full airing of evidence in Brown shooting was overwhelming task

Ferguson Mayor James Knowles (right) delivers a statement during the first meeting of the Ferguson City Council following the police shooting of Michael Brown. The meeting, moved from city hall to Greater Grace Church for a larger audience, was held on Tuesday, Sept. 9, 2014. Photo by Robert Cohen, rcohen@post-dispatch.com