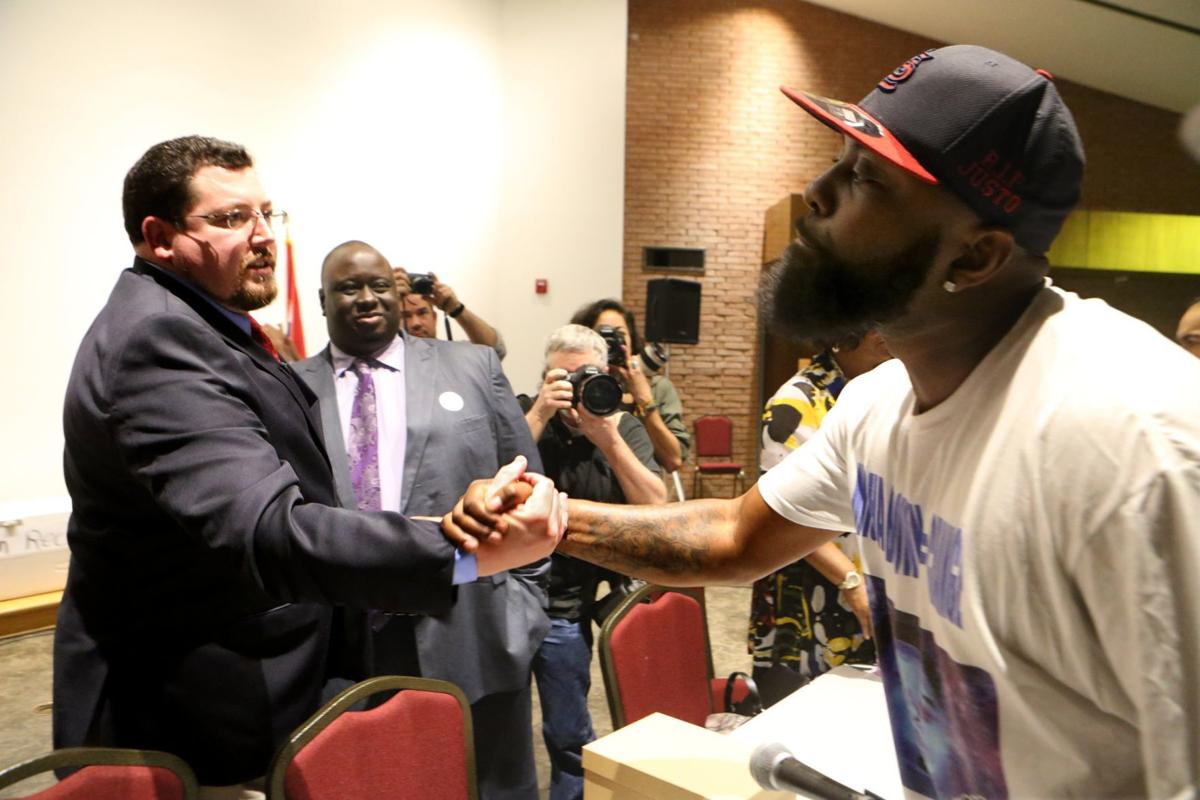 Ferguson Mayor James Knowles III (left) accepts an invitation to shake hands from Michael Brown Sr. on Tuesday, March, 15, 2016, after the City Council voted to adopt a consent decree with the U.S. Department of Justice. Photo by Christian Gooden, cgooden@post-dispatch.com 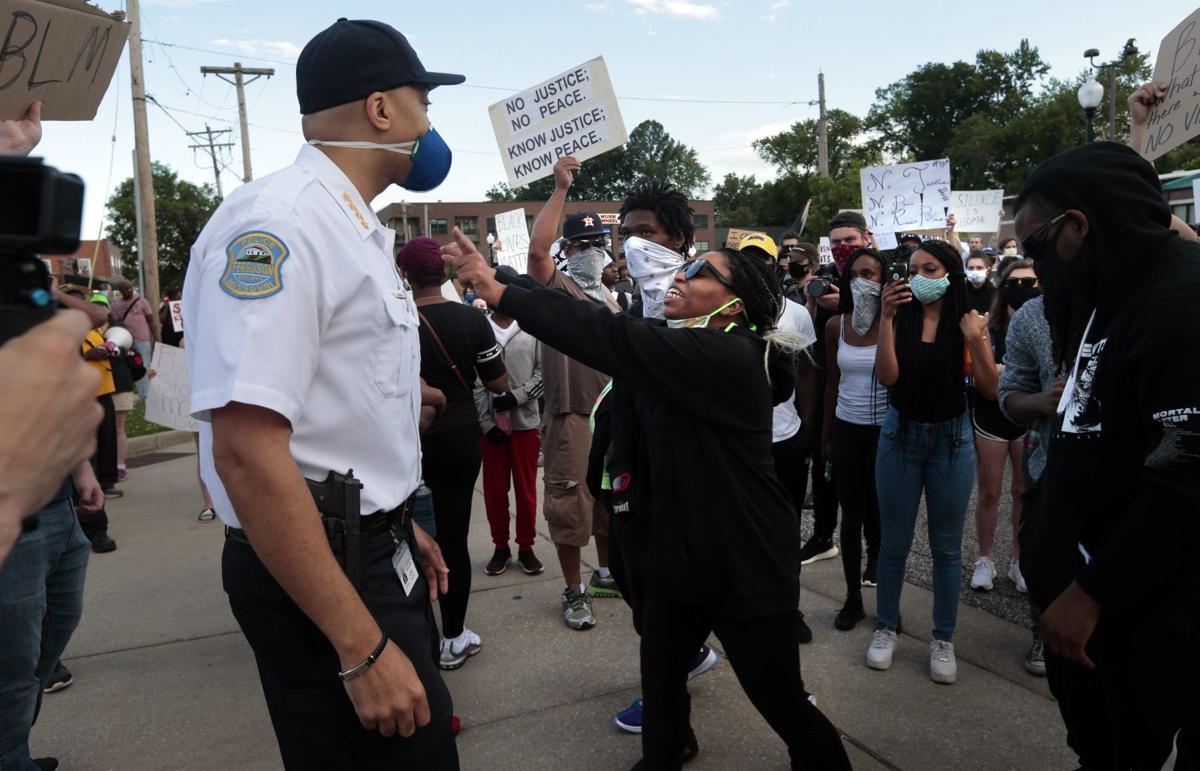 Ferguson Police Chief Jason Armstrong talks with protesters in front of the police station on Saturday, May 30, 2020, during a demonstration against the police killing of George Floyd in Minneapolis. Photo by Robert Cohen, rcohen@post-dispatch.com

In a departure from past quarterly status conferences that typically feature polite but dense bureaucratic progress reports, Natashia Tidwell, the independent monitor, told U.S. District Judge Catherine Perry that many of the goals for the third year of the process were incomplete. Rather than simply pushing those goals to the next year, Tidwell said “more needs to be done.”

Tidwell said that officials are largely done developing policies on police and court reforms. The city, she said, needs to take on more responsibility and implement those policies.

Ferguson officials are “long overdue” to hire a consent decree coordinator who could correct an “absence of forward thinking and planning,” she said. Tidwell also said the city still needs to do a staffing study, implement community engagement and neighborhood policing plans, and collect data on police use of force and other police actions.

Justice Department lawyer Amy Senier said she didn’t disagree, but pointed out progress in filling vacancies on the civilian review board. She said she was waiting for the police department to make salaries more competitive with other departments and the city to resolve some old municipal court cases. She said it was “past time” for the city to hire an outside consultant to collect police data, and said the city had not filed the annual reports required by the consent decree since the fall of 2016.

Apollo Carey, Ferguson’s city attorney, acknowledged that lacking a consent decree coordinator was like having a football team with no coach. But he said that high turnover had been “devastating,” and the city has also recently needed to replace the police chief, the city manager, a judge, four police officers and a court administrator. He said the chief had been the first priority, and the city would now vet the applicants for the coordinator position. He said by the next status hearing, he hoped that a coordinator and a data collection consultant would have been hired.

Tuesday also marked one of the twice-annual hearings at which the public could comment. Eleven in total stood to complain about matters including the police grievance process, city handling of the consent decree, the selection of Jeffrey Blume as interim city manager, and the hiring of Jason P. Armstrong, a captain in Georgia’s Forest Park Police Department near Atlanta, instead of the interim chief, Frank McCall.

Taking the suggestion of another commenter who raised concerns about how police would react to any protests surrounding the five-year anniversary of the death of Michael Brown in 2014, Perry said that she hoped that Ferguson was preparing and that there would be “appropriate policing.”

“There’s a lot that needs to be done,” Perry said about the process, adding later that “great progress has been made.”

A 2015 Justice Department report on Ferguson police and court practices led to the consent decree.

Work continues on Ferguson consent decree, despite pandemic and protests

Parties involved in the decree spoke at a federal hearing Thursday.

Ferguson Mayor James Knowles III (left) accepts an invitation to shake hands from Michael Brown Sr. on Tuesday, March, 15, 2016, after the City Council voted to adopt a consent decree with the U.S. Department of Justice. Photo by Christian Gooden, cgooden@post-dispatch.com

Ferguson Police Chief Jason Armstrong talks with protesters in front of the police station on Saturday, May 30, 2020, during a demonstration against the police killing of George Floyd in Minneapolis. Photo by Robert Cohen, rcohen@post-dispatch.com