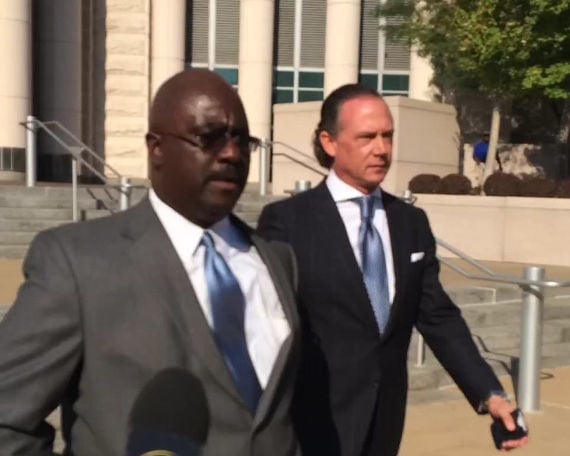 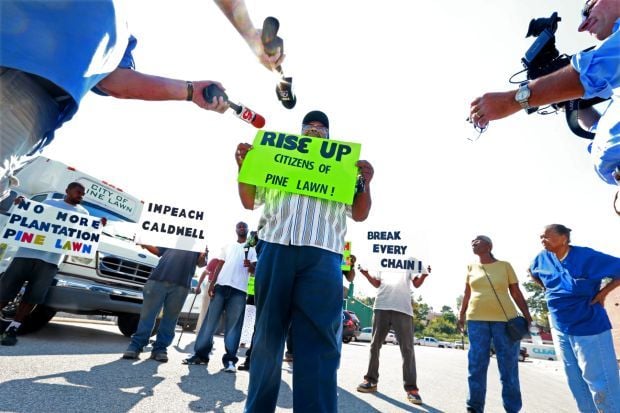 ST. LOUIS COUNTY • A Pine Lawn police lieutenant fired by the city last month has fired back with a wrongful termination lawsuit that includes a litany of allegations against current and former city officials, including a mayor already facing extortion charges.

The city says former Lt. Steven Blakeney was fired in December after allegations he called in another officer to provide a taxi service for two women he had taken home from a bar. But in his lawsuit, Blakeney claims he was really fired for giving information to the FBI while it was investigating corruption allegations against Pine Lawn city officials.

Blakeney is seeking $5 million in damages from the city, and also named former City Manager Brian Krueger in the suit.

Blakeney’s suit alleges a pattern of improper behavior by the city’s mayor, Sylvester Caldwell, much of which he said he reported to the FBI.

Caldwell was accused by federal authorities in September of using secret codes to elicit $1,600 in payoffs in exchange for ordering Pine Lawn police to use a particular towing firm for city business. He pleaded not guilty on Sept. 29 to a federal extortion charge. A superseding federal indictment filed Jan. 14 accused Caldwell of extorting another $1,000 from a convenience store.

Caldwell would not comment on the lawsuit Friday. He referred questions to his attorney, who could not be reached.

Among the allegations in the lawsuit, Blakeney says Caldwell had on-duty police officers stationed overnight in their squad cars to watch his disc jockey equipment when he left it at a community center. The suit says Caldwell also ordered a Pine Lawn officer to guard his house to prevent anyone from walking through freshly poured cement for his driveway and front porch.

The suit says Caldwell had on-duty officers work as bodyguards when he was outside Pine Lawn.

The suit also claims Caldwell ordered arrests of political adversaries and told officers to stop and frisk people, such as a cable repairman, who were within a certain range of his home.

Caldwell ordered vehicles towed if their owners were arrested, even if the vehicles were parked legally and the owners consented to leaving them there, the suit says.

Caldwell mandated that each officer write at least 80 to 100 tickets each month during some months, reviewed the numbers monthly and said they were needed to pay “office salaries,” including the mayor’s own salary, the suit says.

When a state audit said the mayor’s use of the city’s vehicle was excessive, Caldwell obtained the use of three city vehicles and alternated using them to not place too many miles on any one vehicle, the suit says.

Caldwell also often asked Blakeney to buy him lunch or dinner on pay day, and expected gifts of cologne on Caldwell’s birthday and on Father’s Day every year, the suit says.

The suit also targets Krueger, the former city manager, and Anthony Gray, Pine Lawn’s current prosecutor. He had been the city’s public safety director until mid-January and was Blakeney’s supervisor.

Gray became the attorney for the family of Michael Brown, who was shot by Ferguson police officer Darren Wilson on Aug. 9. The Pine Lawn police department helped with riot control during the first incidents, the suit says. But Gray told Blakeney that he didn’t want any Pine Lawn officers in Ferguson the night of the Nov. 24 grand jury announcement even though the department had received riot training and about $15,000 for training and supplies were earmarked for the job. Krueger spent much of that money improperly, the suit says.

Blakeney’s suit says Gray had a conflict of interest, but Gray said Friday he “takes issue” with Blakeney’s claims.

“It does a disservice to good, solid debate that if you’re fighting for justice for Mike Brown that you can’t be a friend of law enforcement,” Gray said.

Krueger, who has since been fired from the city, denied Blakeney’s allegations against him. “It’s just not true,” Krueger said.

Group wants a moratorium on arrest warrants and alternatives to fines. 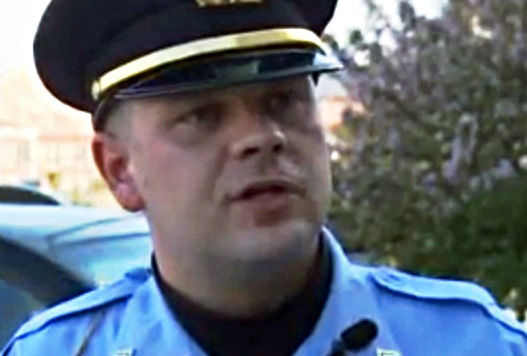