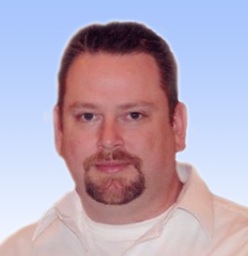 FARMINGTON • Sending a cryptic text message was one of Toby J. Miller’s last acts before ending his life June 6. He sent it to a jailer he used to work with at the St. Francois County Sheriff’s Office before resigning two years ago amid allegations of sex abuse.

Miller wrote that he was sorry for the burden, but the recipient of the text was the only friend he had left. He told him where to find his body. He asked him to check on his wife after he was gone.

“Don’t worry about replying,” Miller said, according to an incident report. “By the time you get this, it will be done. At least I can go on my terms and with honor.”

Miller, 38, ended the note with one final request: Tell my wife that “I lied one last time.”

Soon after, Miller’s truck was found parked on the shoulder of a Highway 67 exit ramp, near De Soto. His body lay in the ditch with a single gunshot wound to the chest.

The medical examiner’s report was finalized last week. The death officially was closed as a suicide.

The suicide marked the end of a peculiar sex-assault case that took more than two years to reach a grand jury. At one point, a judge refused to issue a warrant against Miller.

Now the case, which illustrates the challenge to ensure professionalism in corrections facilities, largely has been swept from public record.

Miller had been under pressure for potential criminal charges since 2010, when he worked a New Year’s Eve shift at the St. Francois County Jail. That night, he stepped away from the dark windowed control booth at the jail. A familiar woman arrived to serve part of a 120-day weekend sentence for forgery.

Other deputies saw him go to a basement restroom with the woman, below the jail foyer, records show.

When he came back, he asked for the logs that keep track of inmates’ jail time, according to part of an investigator’s report provided by the victim. He amended her and another man’s jail record to show they’d been present for a previous weekend they didn’t show up for. When a deputy asked Miller what he was doing with the jail log, Miller said he’d let the woman perform oral sex on him.

Another deputy said Miller told him the woman propositioned him for sex.

The woman, apparently not yet booked into the jail, fled to a hospital. She summoned the Missouri Highway Patrol and told an investigator that Miller raped her.

It is St. Louis Post-Dispatch policy not to name alleged victims of sexual assault.

In an interview, the woman said she didn’t report the incident to the sheriff’s office because “they knew he was doing it, and they just let it go.”

She said she had battled heroin addiction and mental illness. She has three children. She said Miller tried to use all of that against her to play along and keep quiet.

“He didn’t think anybody would believe me,” said the woman, 28. “He knew I had a mental disability and thought he could get away with it. He didn’t expect me to get clean and get my life together and get right. He just preyed upon me, like on a weak person.”

‘THEY ARE NOT OBJECTS’

At the St. Francois County Jail last week, 70 miles south of St. Louis, an old white poster hung from the darkened control room window. It warned that two-thirds of sex assault victims are under the age of 18.

St. Francois County Sheriff Daniel Bullock wasn’t available, he was in training. Chief Deputy Gregory Armstrong was there to take reporter questions about the Miller case.

First he said sexual contact with inmates “happens in corrections facilities all over the country.”

This case: “Is it a black eye? Sure it is, but it is what it is. The only thing we can do is deal with it and move on. He’s one guy out of how many?”

According to an autopsy report, police reported at the time of Miller’s death that he “reportedly had been caught ... having sex with prison inmates.”

Armstrong said there have been other allegations in St. Francois County. “Some were unfounded,” he said, “these are rare, rare occurrences.”

Unlike about 30 other states, Missouri does not have a regulatory body that tracks jail standards. But Armstrong said his department provides training that hammers home the importance of being professional, teaching jailers that sexual contact with inmates is “absolutely forbidden.”

Miller, a gunsmith and former Marine, had worked with the department since June 2005.

Armstrong said he confronted him after the alleged incident on New Year’s Eve 2010. He recalled their conversation went like this:

“I screwed up,” Miller said.

“You know you are done, right?” Armstrong told him.

“Yeah, I know, I’ll turn in my resignation,” Miller said.

Four months after the incident at the jail, Highway Patrol Sgt. Perry Smith found probable cause to believe Miller had committed the crimes of sexual contact with a prisoner and corruption by a public servant.

According to Missouri statute, consent is not an affirmative defense against sexual contact with prisoners.

Surveillance video from the jail shows Miller went to the area at the same time the victim claimed. Witnesses also corroborated Miller’s whereabouts.

And Miller changed his story. He told an investigator in an additional interview that he had had sexual intercourse with the victim, Dec. 21, 2010, while on duty.

The probable cause statement was signed April 19, 2011. It’s unclear why the office of Missouri Attorney General Chris Koster waited two years, until March 18, 2013, to file the document with the St. Francois County Circuit Clerk. Scott Fox, the attorney general’s special prosecutor in the case, declined to comment. But the probable cause statement was accompanied with a felony complaint alleging sexual assault, deviate sexual assault and two counts of sexual contact with an inmate.

A few days after the documents were submitted, Associate Circuit Judge Robin E. Fulton, of nearby Madison County, refused to issue a warrant, saying there were “not sufficient facts to support any of the four counts set forth in the complaint.”

That prompted a prosecutor to take the case to a grand jury, which chose to indict Miller on the four counts. But because Miller wasn’t officially served — he apparently killed himself beforehand — the indictment never became public.

The Highway Patrol and Koster’s office refused to release documents from the incident because the case was either pending or closed. Officials said Miller’s death caused the case to be dismissed and that records are closed when a case is terminated without a conviction.

Attorney General spokesman Eric Slusher said a few other jailers have been prosecuted in recent years for similar incidents in Missouri; however, they were granted a suspended imposition of sentence, which isn’t a conviction and allows charges to disappear from public record.

More than two years after the alleged rape, St. Francois County Chief Deputy Armstrong pondered questions about the case and the culture of the sheriff’s department.

If Miller did what he was accused of, he apparently acted without fear of being caught.

Did the outcome surprise him?

“I’ve been around 28 years, nothing surprises me anymore,” he said. “I don’t think it was worth shooting yourself for, do you?”

After Miller resigned from the sheriff’s office, he worked in a Park Hills factory that makes parts for tank trailers. He also stopped working as a part-time police officer in Desloge.

Bills seemed to mount. Court records show he failed to “fulfill his obligations” on a $5,000 contract with a credit union.

Miller had two children. He remarried in recent years. His widow declined to comment.

An online obituary said Miller enjoyed teaching gun safety and “will be remembered for always being an honorable gentleman who was willing to help others at every opportunity.”

The victim, who has since moved out of state and is in counseling, struggled reading the death notice.

Some have pointed fingers.

“It’s hurting me because they are blaming his death on me,” she said.

The cells are among the most outdated in Missouri.

Former Illinois prison guard accused of having sex with inmate

The guard, a woman from Belleville, is accused of having sexual relations with an inmate between March and mid-May.

In St. Louis, architects, administrators and an ex-con debate best designs for prisons

Prosecutors accused Jaris Hayden, 29, of allowing an inmate to escape in exchange for sex; a civil suit claims he raped her.

They say the old jail on North Hall Street is in horrible condition. City says it passed a recent inspection with flying colors.

Missouri is one of about 20 states in the country without jail standards.

Suicide is a rising tide in the United States

One victim, a 49-year-old woman, was found lying on a living room sofa with photos of her children and a row of empty medicine bottles.

A former St. Louis jailer was sentenced Thursday to 3½ years in prison for having sex with a female inmate inside the Justice Center in 2009.