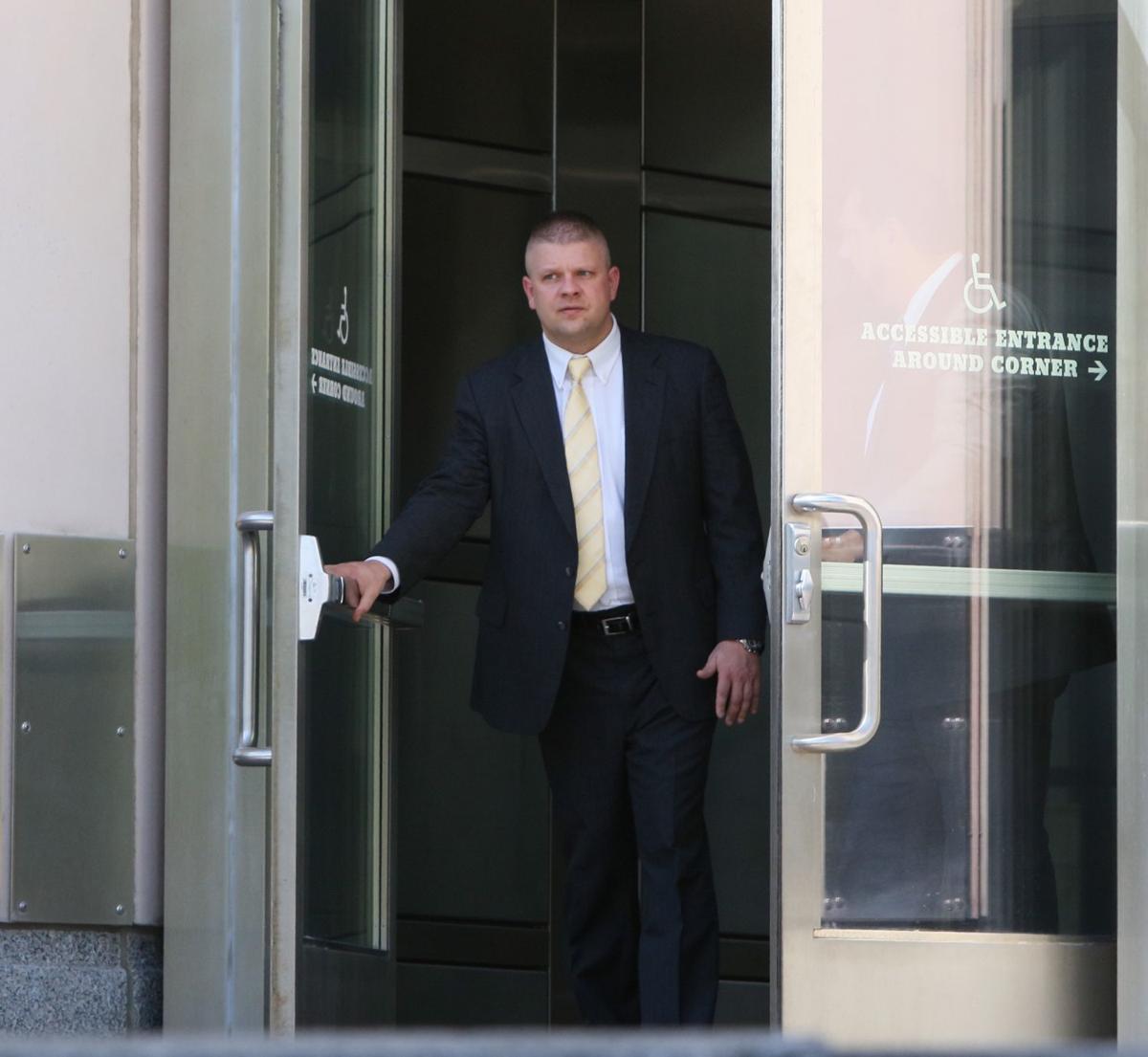 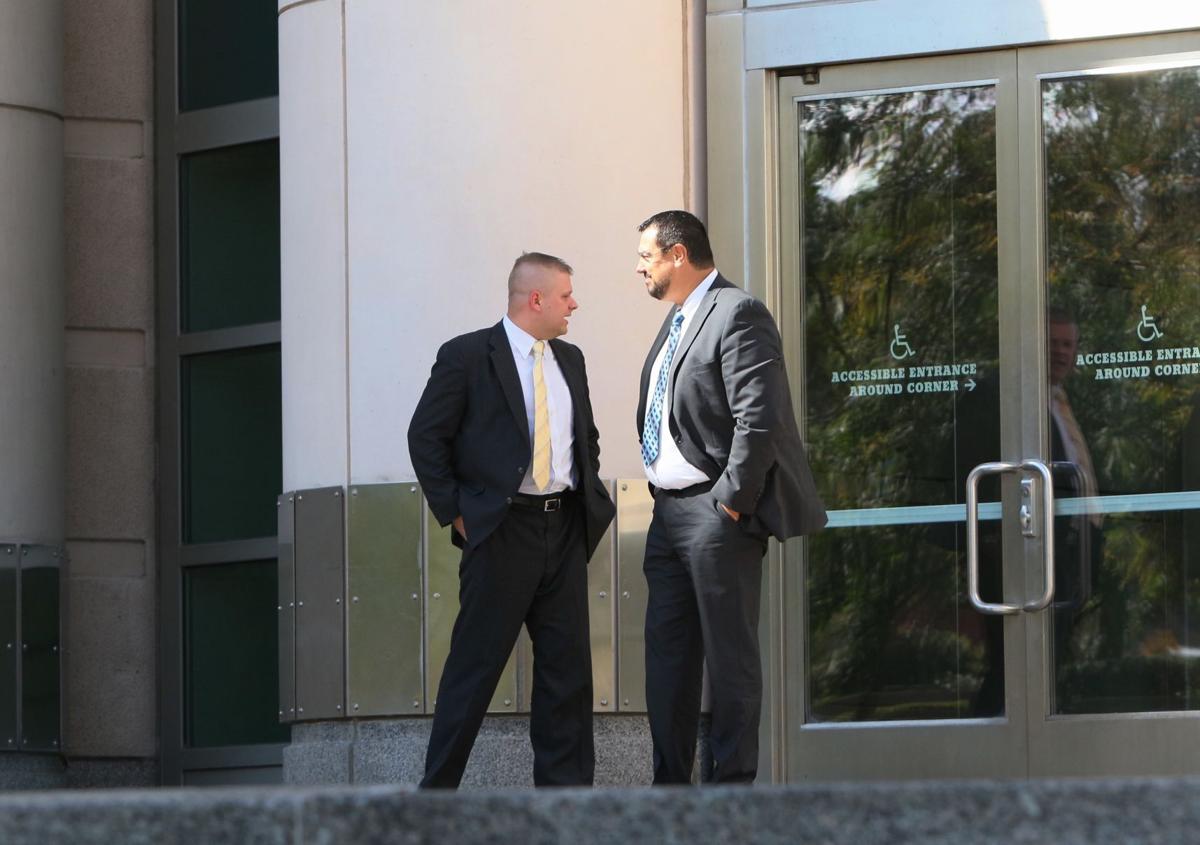 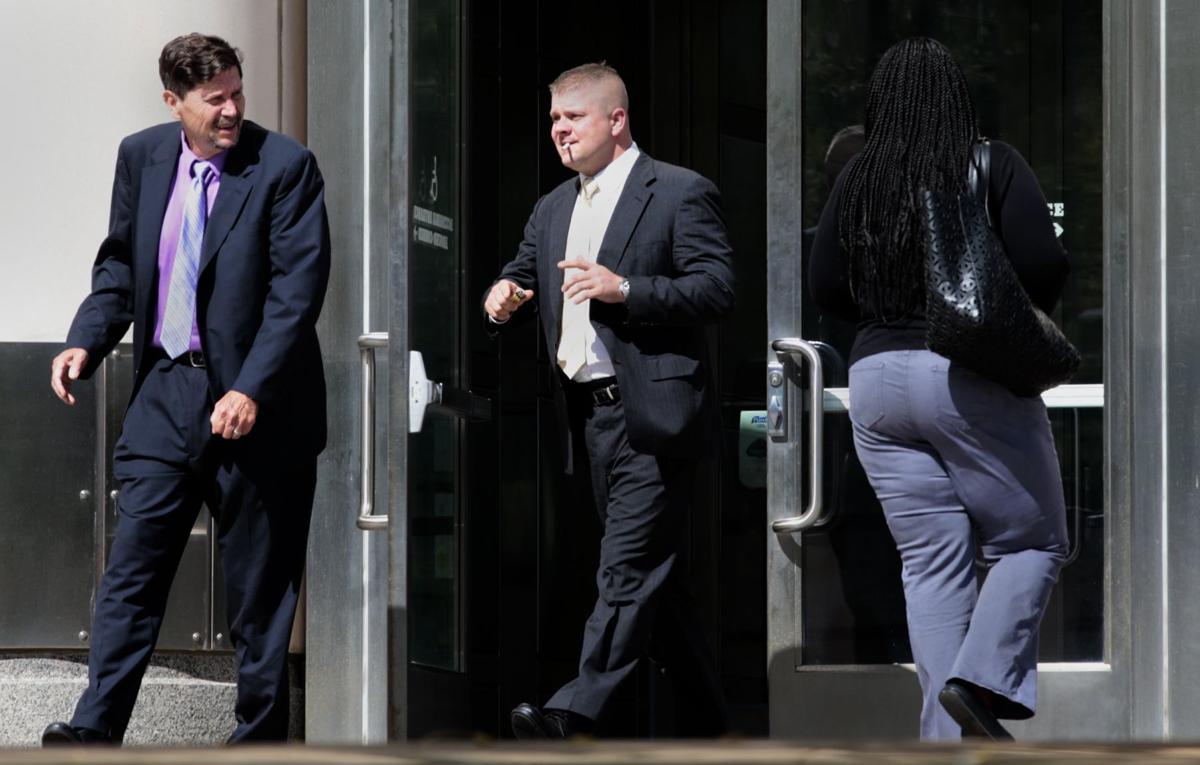 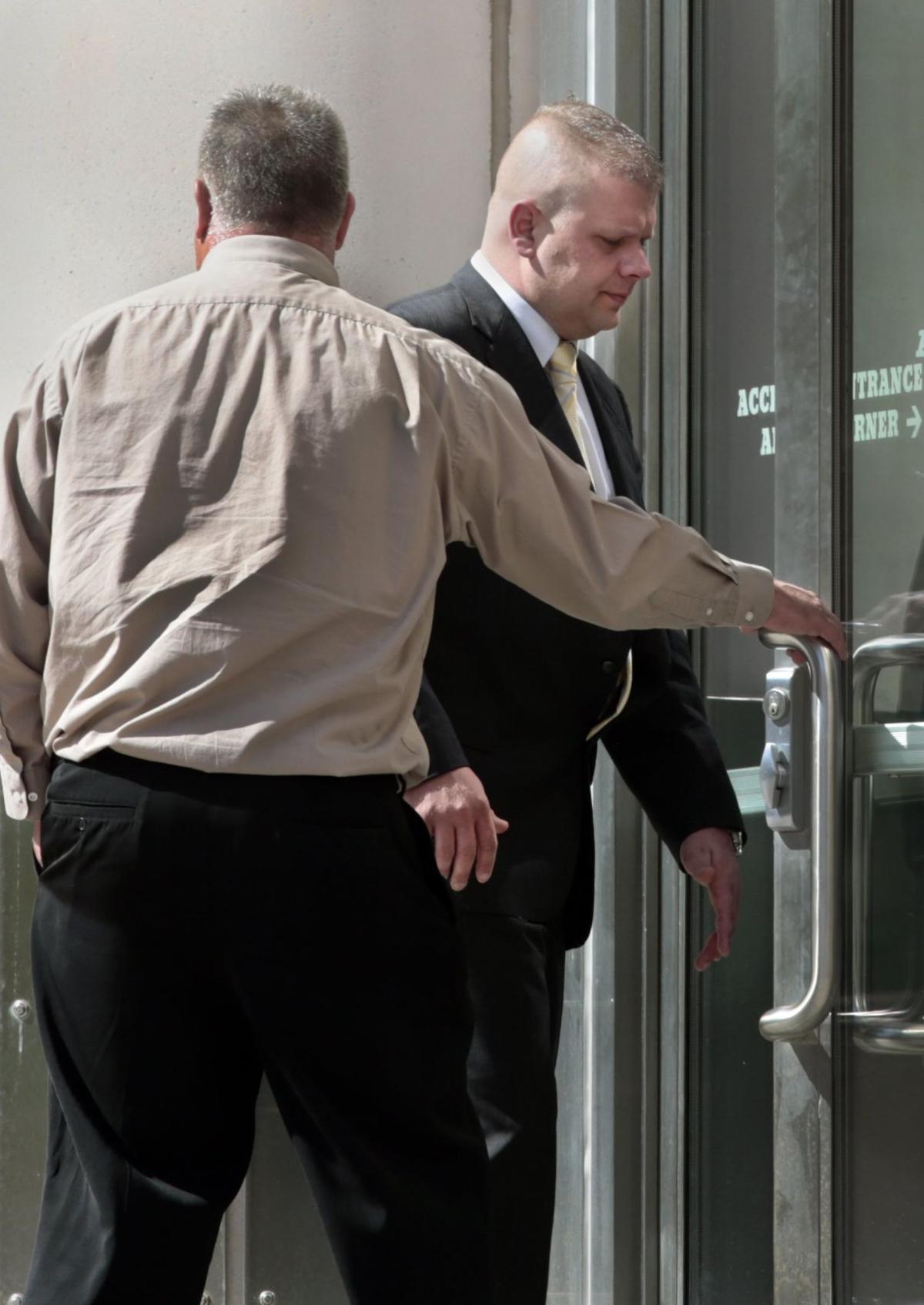 ST. LOUIS • A former Pine Lawn police lieutenant described by prosecutors as a “loose cannon” and by a judge as a “disgrace” was sentenced Thursday to 51 months in federal prison.

U.S. District Judge Stephen N. Limbaugh Jr. said the evidence was “overwhelming” that Steven Blakeney, 36, had “trumped up” evidence and engaged two store owners in conspiring to falsely arrest and jail a Pine Lawn mayoral candidate, Nakisha Ford, on behalf of her rival on Easter night in 2013.

Blakeney ordered a store owner to call 911 and falsely report that Ford had stolen a campaign poster for incumbent Mayor Sylvester Caldwell, the owner said at Blakeney’s federal trial in January. Blakeney then returned to the store to take a police report and told the owner he would have to testify in court.

Blakeney also tipped off a TV station about the arrest.

In a victim’s impact statement quoted by Assistant U.S. Attorney Reggie Harris, Ford said the thought of being arrested in front of her daughter and jailed still “brings me to tears.”

Jurors found Blakeney guilty of conspiracy against rights, deprivation of rights under color of law and falsification of records for that arrest.

Limbaugh called the crimes “unconscionable” but said he would have given Blakeney less time in prison if his bad behavior were limited to that.

Limbaugh cited two witnesses who testified Wednesday about arrests by Blakeney, and a misdemeanor assault case against him, as showing a serious pattern of “misconduct and abuse of authority.”

Roy Telano, a U.S. Army captain and lay minister at the time, said he was coming home from a Cardinals game on July 19, 2013, when he encountered Blakeney while merging into traffic. Miles down the road in Pine Lawn, after Telano was stopped by other officers, Blakeney kneed him in the thigh, pushed him onto a car hood and threw him in jail, he said.

Telano and his wife agreed to settle civil claims against Pine Lawn for $225,000 in 2015, one of almost two dozen people paid in total more than $1.3 million in settlements of Blakeney-related claims.

Jordan Martner, a college student, was driving to her boyfriend’s home in St. Louis when Blakeney pulled her over. She said he shouted expletives, searched her car without a warrant and damaged a laptop computer and other property in her car. He also threatened to take her to the “ghetto” and texted her worried boyfriend, pretending to be her, before having her jailed, Martner said.

Blakeney did not testify during the hearing, although his lawyer, Matt Radefeld, did challenge the claims of Telano and Martner, as well as a former Pine Lawn police officer, Alan Lawson II, who said he saw Blakeney hit Telano and shove him into a ditch.

Limbaugh said he twice read transcripts from Blakeney’s trial on a misdemeanor assault charge in St. Louis Circuit Court last week. He said he found the evidence “completely overwhelming” that Blakeney had tried to lure three drunken women into his unmarked patrol car, then sucker-punched one of the women and a man who tried to intervene, all while acting as a police officer.

At the trial, the man, Billy Baker, said he confronted Blakeney and demanded to see his badge. Baker said he was punched when he tried to call 911.

A St. Louis jury deadlocked 11-1 in favor of a guilty verdict.

Limbaugh did credit Blakeney for awards he had received over the years, as well as Blakeney’s own letter to Limbaugh and letters in support from a former colleague and a therapist.

But the judge ordered Blakeney to be taken into custody immediately by U.S. marshals, instead of giving him the opportunity to self-surrender at a federal prison months from now.

Harris, the prosecutor, asked Limbaugh for 63 months, the top of the recommended sentencing guidelines of 51 to 63 months. Harris called Blakeney a “loose cannon” and said he “never should have been a police officer in the first place.”

Harris cited a series of negative reports Blakeney had received from a police academy, the military and former employers, and said Blakeney has “always believed that he’s above the law.”

Radefeld said many of the claims against Blakeney were “unreliable and conflicting,” and that his sentence was double that received by other officers in situations that involved violence. He cited Blakeney’s cooperation with the FBI in an investigation of former Pine Lawn Mayor Sylvester Caldwell and the plea deal prosecutors offered before trial that could have netted his client 18-24 months.

“He should not be the scapegoat for all the corruption in Pine Lawn,” Radefeld said.

After the hearing, Radefeld said Blakeney would appeal both the sentence and jury verdict.

Blakeney still faces a pending federal civil suit by two women who say he drugged and abducted them.

Blakeney was fired from the Pine Lawn department in December 2014 after being accused of having another officer take the women home. The department has since been disbanded, and the city is served by the North County Police Cooperative.

He’ll sign the bill in a Saturday ceremony at Frontier Justice, a Lee’s Summit shooting range.

One car vaulted into the air, the other was cut in two.