Charging documents say Officer William C. Olsten pepper-sprayed three people without giving them an opportunity to heed any warnings or orders to disperse, “if such orders were given.”

The charges say Olsten was visibly angry after being yelled at and cursed at by one of the men he would later spray, St. Louis County resident Amir Brandy, and was being held back by another officer before pulling away. The victims were involved in a peaceful protest, the charges say, and no attempts were made to arrest them after the incident.

DeMian was in a wheelchair and Aldridge has a prosthetic leg, making them “special victims” and increasing the potential penalties for Olsten, the charges say.

The alleged victims identified Olsten and he is visible on videos from the night, the charges say.

Olsten’s lawyer, Brian Millikan, could not be reached for comment.

The Sept. 29, 2017, protest was among a series that followed the acquittal of former Officer Jason Stockley on a murder charge.

Javad Khazaeli, one of the protesters’ lawyers, said videos clearly show that Olsten used pepper spray “to punish them for criticizing police actions.”

“We’re grateful that the circuit attorney’s office has decided to hold at least one police officer accountable for the unconstitutional and unlawful acts of the St. Louis police after the Stockley verdict. It’s unfortunate that the federal authorities who have been looking at this incident have not acted and seem to only be concerned about injuries that the police inflicted on the undercover officer,” he said, referring to four officers facing federal charges connected to the alleged assault of Officer Luther Hall, who was undercover at a different protest.

Khazaeli said St. Louis prosecutors reached out after the officers in Hall’s case were charged. He said that DeMian’s wheelchair still smells like pepper spray because she was doused so heavily it seeped into the foam. “And she’s had to live with that smell ever since.”

Olsten is no longer with the department, a police spokeswoman said Wednesday.

Olsten and the department face federal civil suits filed in October over the incident from the three named victims in the charges and one other St. Louis County resident.

Olsten and Officer Joseph Schmitt face charges including first-degree assault, armed criminal action over an April 27, 2018 shooting outside Bomber O’Brien’s Sports Bar & Grill that followed a confrontation between off-duty officers and a 22-year-old bar patron. Authorities have said that Olsten slammed the patron to the ground, causing the patron’s gun to go off. The bullet hit Olsten, and Schmitt then shot the patron, authorities say.

Officer Tyler Timmins was walking toward a stolen pickup truck when a man suddenly opened fire on the officer.

The incidents happened overnight in the 2700 block of Hadley Street and the 4900 block of Rosalie Street, both in north St. Louis.

The tower reaches 130 to 140 feet high, and was ablaze when a St. Louis police officer drove by and spotted it about 2:30 a.m. Tuesday. 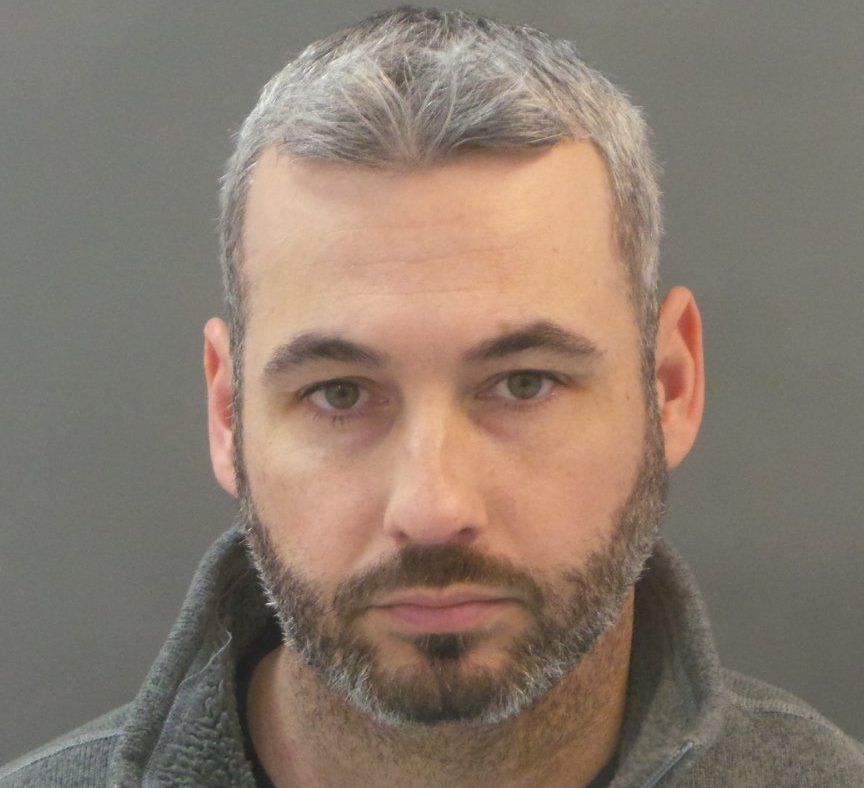 Former St. Louis police officer William Olsten was charged in July with three counts of felony third-degree assault. This booking photo is from his January arrest on unrelated charges. 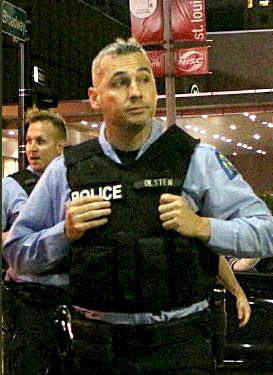 St. Louis Officer William Olsten at the scene of a protest near Busch Stadium in on Sept. 29, 2017.