ST. LOUIS — For the fourth time in five days, a child has died after being shot in St. Louis.

The latest victim is Myiesha Cannon, a 16-year-old girl fatally shot Wednesday. Myiesha was shot in the head about 1:25 a.m. in the 4400 block of Lexington Avenue in the Greater Ville neighborhood. She died at the scene.

“Who killed my daughter and why?” her mother, Latrice Cannon, said on her front porch Wednesday. “There are so many stories.”

Homicide detectives are handling the investigation, but they are calling the shooting a “suspicious death,” not a homicide. A department spokesman said he had no other details.

The shootings come amid a two-year push by Mayor Lyda Krewson’s administration to crack down on criminals, curb violence and shake the city’s reputation as a dangerous town. The police department has paired with federal agents as part of a strike force targeting gun crimes. Krewson is working to repeal the city’s residency requirement for police officers in an effort to boost recruitment. She even asked for State Highway Patrol help policing the city.

On Wednesday, Krewson called the deaths of the children “outrageous.”

St. Louis Police Chief John Hayden said that the department is redoubling efforts to hunt down “nests” of criminal activity. He said the city is adding officers in affected neighborhoods, increasing the visibility of officers and squad cars citywide, and asking for help from social service organizations to calm potential retaliation.

On Wednesday, Cannon said her daughter was next door with some boys at a light peach-colored brick home at 4469 Lexington Avenue, southwest of Natural Bridge and North Newstead avenues. Her mother said she hadn’t realized Myiesha had left her house to go to the neighbor’s.

Cannon said she heard the gunshot and ran outside. A man in the yard, she said, shouted: “They killed her!”

Cannon found her daughter dead on a couch at the neighbor’s house.

“I saw my daughter with her eyes wide open, shot in the head,” said Cannon, 38. “We don’t know who shot her. We just know she didn’t do this herself. She wouldn’t even hold a gun. She was scared of guns.”

Myiesha was a student at Sumner High School; she would have been in 10th grade in the fall. She lived with her mother, sister, brother, aunt, uncle and three cousins.

Cannon said her daughter wanted to work with pets when she grew up.

Myiesha’s maternal grandmother, Antonia Cannon, 58, said she will always remember Myiesha’s big smile and big personality. Myiesha’s sister, Tyniesha Brown, 13, said: “She liked to talk. She liked to play. She could be mean when she wanted to be mean, but not mean to us.”

As Myiesha’s family spoke to a reporter outside their home, Tyniesha kept glancing toward the street where three young men had gathered. Tyniesha said she was nervous and wondered if someone in that group knew what happened to her sister.

Myiesha is the second girl to die under what police have called suspicious circumstances this week. Charnija Keys, 11, died after being shot in the head about 11:40 p.m. Monday at the home she shared with her mother and older sister on North 20th Street in the Carr Square neighborhood.

Homicide detectives and child-abuse investigators are handling the case. Hayden said on Wednesday police didn’t know if the shooting was a homicide or suicide.

On Saturday night, a 16-year-old boy was shot and killed just northwest of Fairground Park, St. Louis police said. Jashon Johnson, of the 2700 block of Allen Avenue, was shot several times, police said. Police arrived just after 10:30 p.m. Saturday at Red Bud and Margaretta avenues. Jashon was taken to a hospital, where he was pronounced dead. The shooting took place in the O’Fallon neighborhood.

On Sunday night, 3-year-old Kennedi Powell was shot to death in a drive-by shooting in the 4600 block of Michigan Avenue, in the city’s Mount Pleasant neighborhood. Kennedi and her neighborhood friends had just swarmed her father’s car for a piece of pizza Sunday evening when a white car drove past, and someone inside it opened fire. One round struck Kennedi in the chest, and another hit her 6-year-old neighbor, Oriel Smith. Oriel was critically injured, police say.

Mark Schlinkmann of the Post-Dispatch contributed to this story.

Coverage of children who died in the St. Louis area in 2019

These are the local incidents of homicide or neglect involving children, based on Post-Dispatch reporting. This list doesn't include children killed in car accidents (unless a criminal charge was filed) or incidents not being investigated by homicide detectives.

A body that was found over the weekend in the parking lot of an East St. Louis middle school was identified Monday as that of a 13-year-old boy.

Police in Ferguson found two teen boys, ages 15 and 16, who both had been shot, inside a vehicle about 12:45 p.m. The older teen was seriously…

Sylvester Knighten Jr., 31, and the boy’s mother Danesha Cannamore, 31, were both arrested when police responded Wednesday to a call for an un…

The father of a 2-year-old girl killed in an accidental shooting in north St. Louis County this week is accused of leaving a loaded gun in a d…

Caleb Smith, was gunned down Wednesday in an alley in the 8300 block of Strathmore Place.

Tavares Chisholm, 4, of St. Louis, was hit and killed by a car as his mother pushed him and a 2-year-old in a stroller. A 27-year-old was char…

A 15-year-old boy was gunned down before sunup when someone fired a flurry of shots into a home in the north St. Louis County area of Glasgow …

The shooting happened shortly after 6 p.m. Thursday near the 11100 block of Oak Parkway Lane, as the teen walked through an apartment complex …

A 3-year-old boy fatally shot himself after finding a gun in the Laurel Park apartments north of Jennings, police said.

He was found shot in the head just before 6 a.m. in the 7300 block of Vermont Avenue in the Carondelet neighborhood of south St. Louis.

Police confirmed that a 10-year-old girl was among three people killed on the 700 block of North 21st Street around 6:30 p.m. The other victim…

The shooting occurred about a block north of Soldan High School, where a football exhibition was held Friday night. Fights broke out at the ev…

More than a dozen children have been fatally shot in St. Louis this summer. So far, police have made just one arrest.

The mayhem has left brass begging for leads, politicians promising change, and parents at wits’ end: frustrated by lackluster investigations, …

Officers found Jason Eberhart Jr. dead in a parking lot in the 1300 block of Hogan Street around 2 a.m. Police said he was shot several times.

Taylor Jordan Baumer, 20, of the 1000 block of Adworth Drive in Mehlville, has been charged with endangering the welfare of a child in the fir…

The day before he was to start as a second grader at Clay Elementary, Xavier Usanga was fatally shot while standing near an 18-year-old who wa…

He was inside an apartment with a group of teenagers when he was shot. He was found dead soon after.

Eddie was shot about 8:30 p.m. at a home in the 4700 block of Page Boulevard near the intersection with Marcus Avenue, police said. He was sit…

Was found shot to death inside a vehicle at a gas station at 4355 South Broadway; a 16-year-old in the car was not injured.

Two teens and one adult were shot about 7:30 p.m. in the 1500 block of Fourth Street in Madison. One of the teenagers died of his wounds.

Police found him lying in the street about 3 a.m. Tuesday with multiple gunshot wounds in the 44000 block of Cupples Place. He died the next day.

Myiesha Cannon, 16, was shot in the head about 1:25 a.m. in the 4400 block of Lexington Avenue. Police have labeled the shooting as a "suspici…

Police are labeling the case a "suspicious death" and released no additional details. Her mother said she found a 9 mm pistol and accidentally…

Kennedi Powell and her neighborhood friends had just swarmed her father’s car for a piece of pizza Sunday evening when a white car drove past,…

Jashon Johnson, of the 2700 block of Allen Avenue, was shot several times near Red Bud and Margaretta, police said.

The parents of a baby girl who died last week after being left inside a hot car in Calverton Park were charged with manslaughter Monday.

Jaylon McKenzie, 14, an eighth grader at Mason-Clark Middle School in East St. Louis who was featured in Sports Illustrated as one of six youn…

May 1: Micah Lee Stringfellow, 4 months, cause not disclosed

Kayden Johnson, 2, and his mother Trina’ty Riley, 18, were found dead with gunshot wounds shortly before midnight in their home in the 5900 bl…

Curtis Marshall, 15, was the victim of a targeted shooting in the 1700 block of Cargill Drive, police said.

Police initially called the shooting a "suspicious death," but later said they had concluded Evione accidentally shot himself in the 1700 bloc…

Demarco Washington, 32, of the 10700 block of Spring Garden Drive in the Glasgow Village area, was charged with a felony count of child endang…

Elijah Roby, 2, died in a car accident. His mother, Ebony Roby, 25, was charged with first-degree child endangerment in connection with the case.

A man was killed at the Fountains at Carondelet apartment complex in south St. Louis. 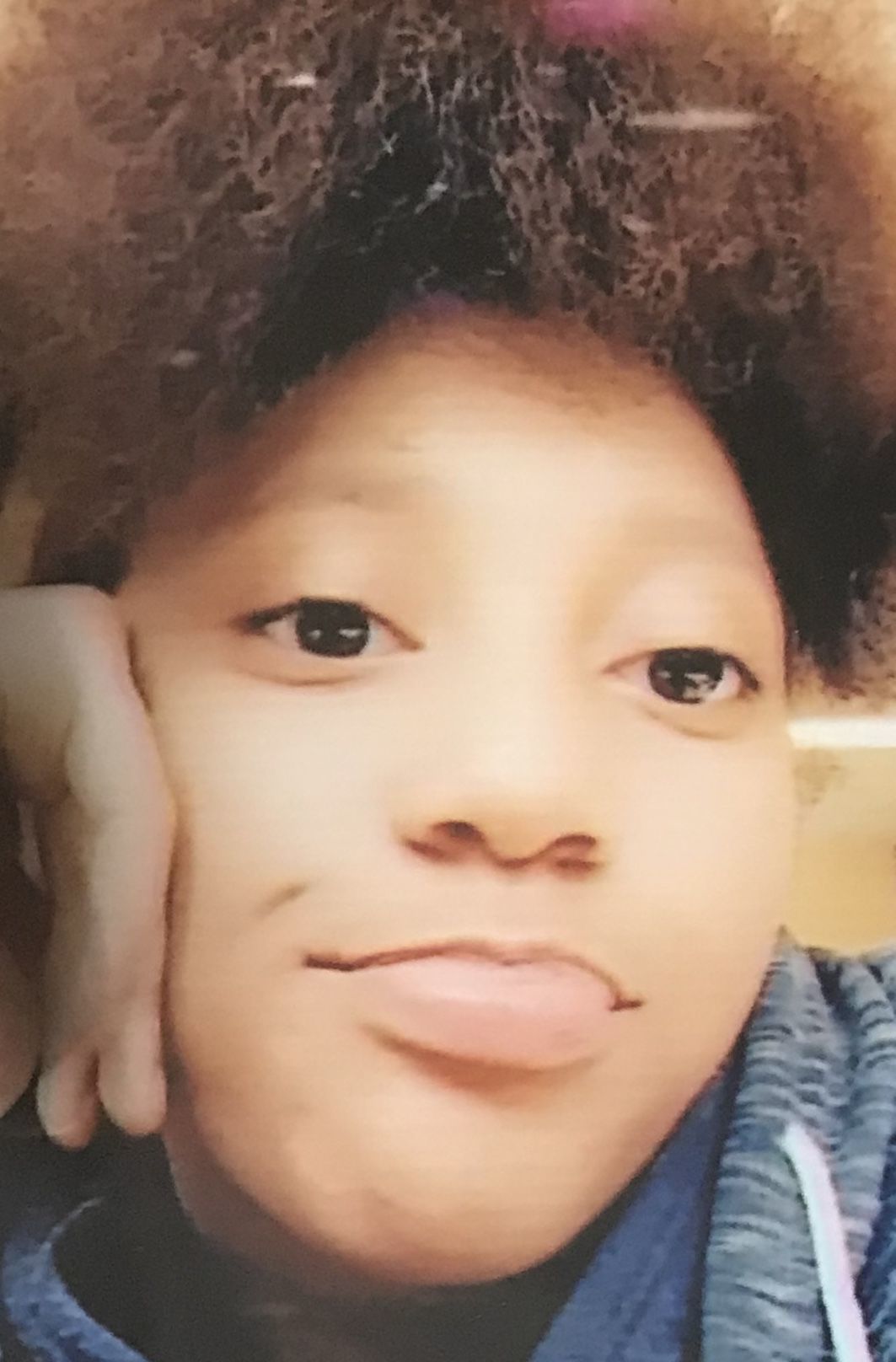 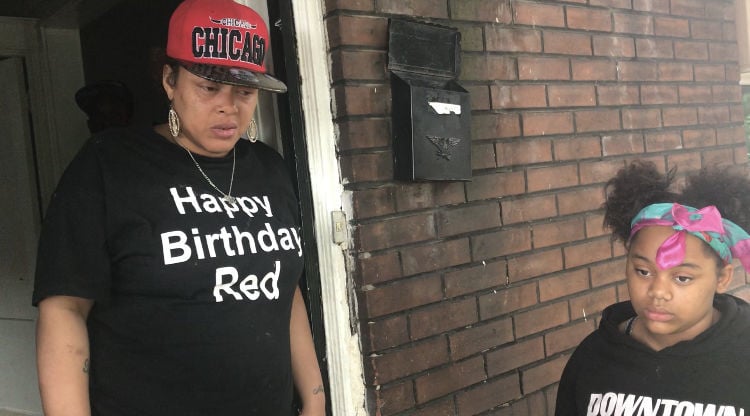